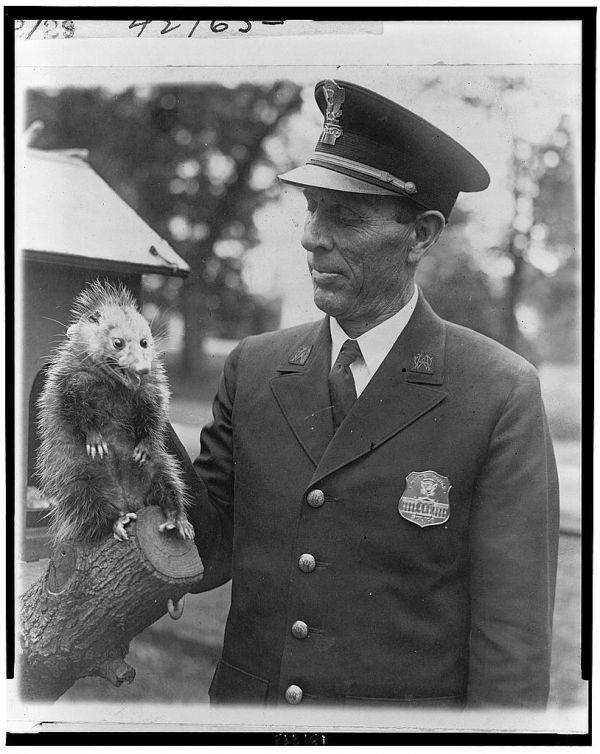 Almost all the US presidents had pets in the White House of one kind or another. As you might expect, dogs and cats are the most common, but over the years, presidential pets have included cows, horses, goats, pigs, sheep, rabbits, bears, a hippo, a hyena, a raccoon, all kinds of birds from a macaw to a mockingbird, mice, and silkworms. At least two presidents had pet opossums.

No pet in presidential history embodies America in all its disgusting glory quite like Billy Possum, Herbert Hoover’s possum. A few years before Hoover’s arrival in D.C., pet superfan Grace Coolidge saved a raccoon on its way to the Thanksgiving table, named it Rebecca, and built it a treehouse, where it happily lived out the Coolidge administration. When the Coolidges left the White House, so did their pet racoon, leaving an empty racoon-sized treehouse on the White House lawn.

Enter Billy Possum. In some accounts, he was caught by White House staff on the grounds and then deliberately allowed to live in Rebecca’s treehouse; in others, he just asserted squatter’s rights, possum style.

But even the more mundane pets had their days.

George Washington had several dogs with memorable names—Sweetlips, Drunkard, Tippler, and Tipsy, to name a few—but only one dog who stole an entire ham, making Vulcan the obvious leader of the pack. An account of Vulcan’s heist is found in the memoirs of George Washington’s son George Washington Parke Custis.

Slate ranked all the presidents by their most notable pets. You might disagree with the rankings, but you’ll enjoy many great stories of notorious presidential pets. -via Metafilter