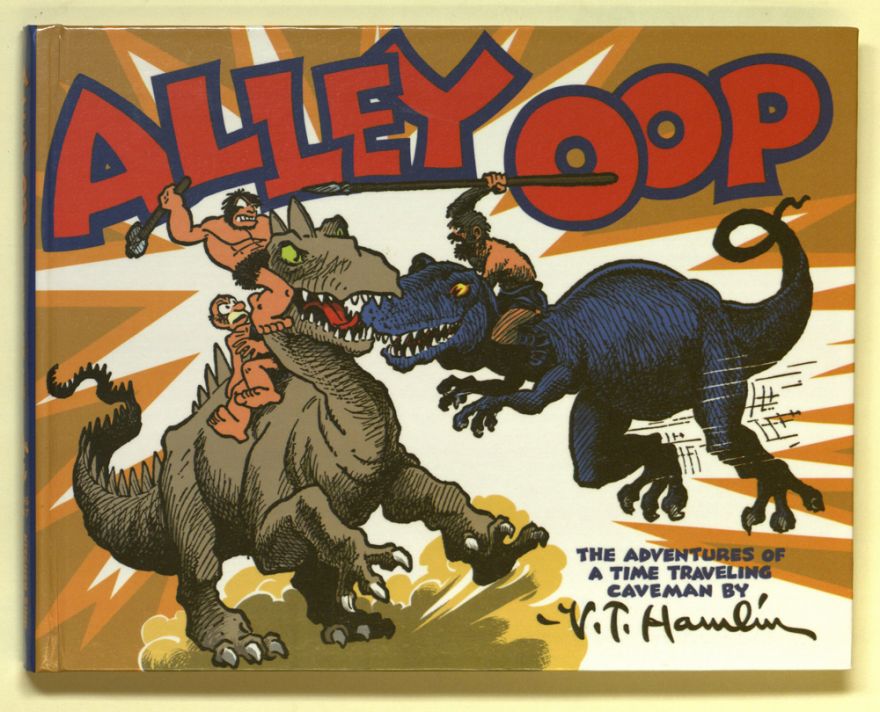 I’m an unapologetic reader of comics – newspaper comics – even though I haven’t subscribed to a newspaper for about 20 years now. True, I used to read comic books, but I seemed to outgrow those by the time I reached high school. Newspaper comics, however, that’s a different story.

One of my favorite comic strips throughout the years has been Alley Oop, which began in 1933 and continues to this day. As unlikely a popular comics character as Popeye was (and is), a time-traveling caveman runs a close second place. Its creator, Vincent Trout (V.T.) Hamlin, a would-be cartoonist, was working in the oilfields in Iraan, Texas, in 1930 when he had an idea that a comic strip featuring a caveman could be syndicated. After several years of development, the Alley Oop comic strip made its debut in 1933. Soon, however, Hamlin realized that storylines were becoming hard to conceive if Oop remained confined to the prehistoric land of Moo. Thus he introduced 20th-century time travel to the strip (as seen below) in 1939 and the rest, as they say, is history.

Hamlin retired in 1973, and his assistant, Dave Graue, took over the strip. When Graue retired, his assistant, Jack Bender, and his wife, Carole, assumed the duties. The Benders retired in 2018, and a new creative team of Jonathan Lemon and Joey Sayers has been introduced. Their work is, shall we say, different. Samples of all creators’ artwork are embedded below.

Hamlin’s early artwork could be considered crude, but by the late 1960’s, his penciling and inking were marvelous. I recall one continuity circa 1968 that looked as if it had been a series of still photographs taken on Skull Island. Artwork since then, especially today’s, well, you be the judge.

The history of Alley Oop and its creator may be found here. Note in the ‘Popular Culture’ section just how popular Alley Oop was; I haven’t seen anyone yet compose a song glorifying Calvin and Hobbes (embedded below).

Some of the Alley Oop comic strips are available through GoComics and may be found here. Their archives go back to 1956 but many years are still missing and will presumably appear someday. Older strips are available in book form, as seen in the opening artwork above. Ol’ Alley’s and oldie but a goodie, and if you have never been introduced, then time’s-a-wastin’ (to coin a phrase). 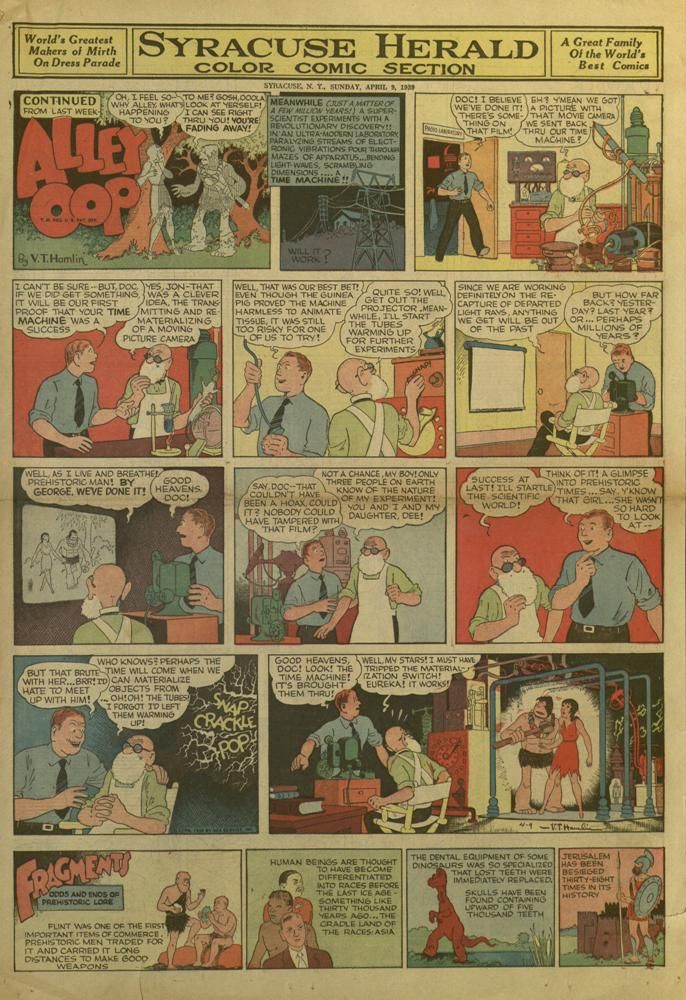 V.T. Hamlin story and art from 1939 – where time travel first begins for Oop.

Dave Graue and Jack Bender story and art from 1997.

Jack and Carole Bender story and art from 2018.

Jonathan Lemon and Joey Sayers story and art from 2019. 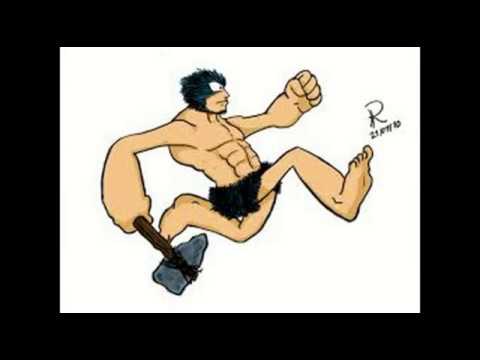