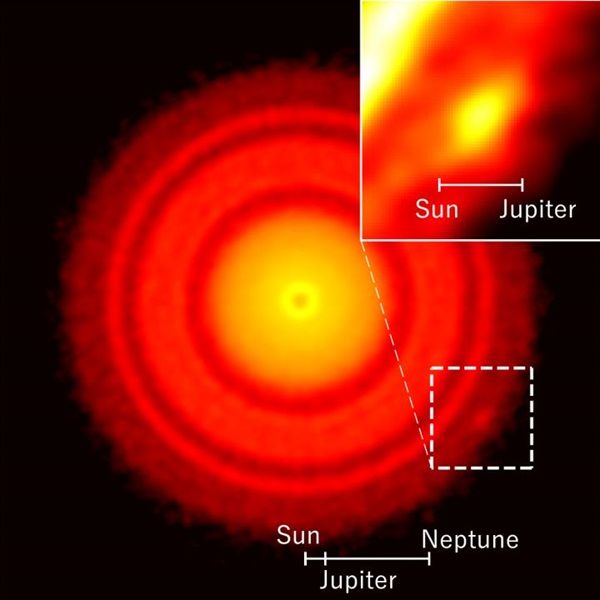 Planets generally start out as stars with the surrounding dust and gas clumping together to form masses that would eventually become planets. Scientists are hoping that they will get to observe this process as it happens with a star which ALMA sighted at the early stages of planetary formation.

But the blob is at odds with some parts of astronomers’ theories as well. For one, it’s strange that a disk should form just a single protoplanet. Models and studies of other systems indicate multiple planets forming at the same time are more likely. Also, these protoplanet blobs are expected to be more rounded, instead of the distended shape found within TW Hydrae’s disk.

It’s possible the baby planet is merely a spinning vortex of gas, similar to a hurricane forming in the gases of Earth’s atmosphere. Or maybe astronomers are truly seeing the very first stage of planet formation for the first time.