Two days ago, a 29-year-old man turned to the AITA community on Reddit following an incident with one of his flatmates who has been living in his and his wife’s house for quite a while now.

“‘Kaitlin’ (32F) is quite strongly opinionated and much more social. Kaitlin is also childfree and occasionally very vocal about it (as in, it’s not constant, but when something child-related comes up she will interject without fail),” the author explained.

So when the author and his wife were finally successful in conceiving, they decided to tell both of their flatmates three months into the pregnancy. As you may suspect, the news didn’t sit well with Kaitlin. One by one, snide remarks followed and the couple was forced to make a decision. 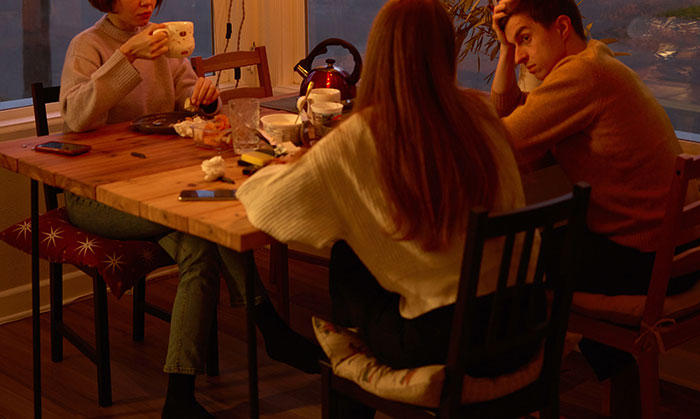 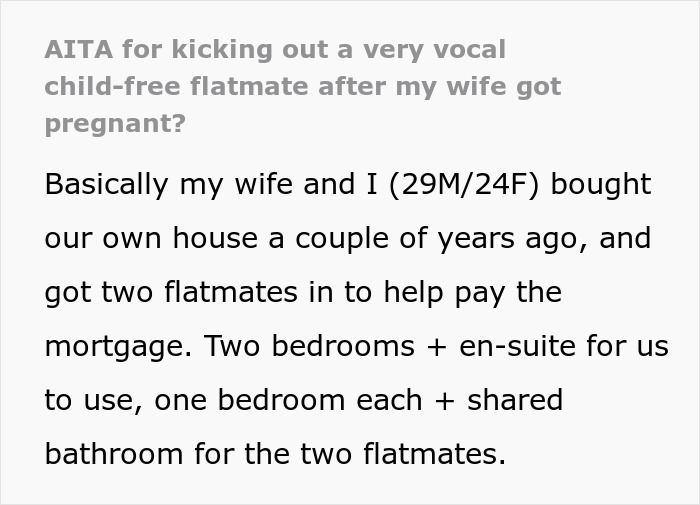 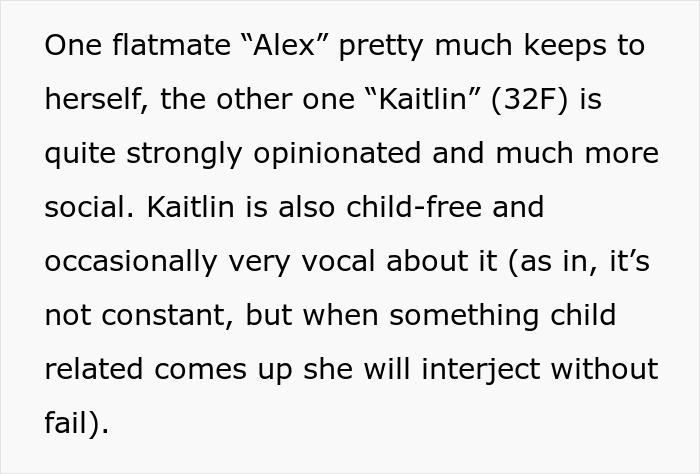 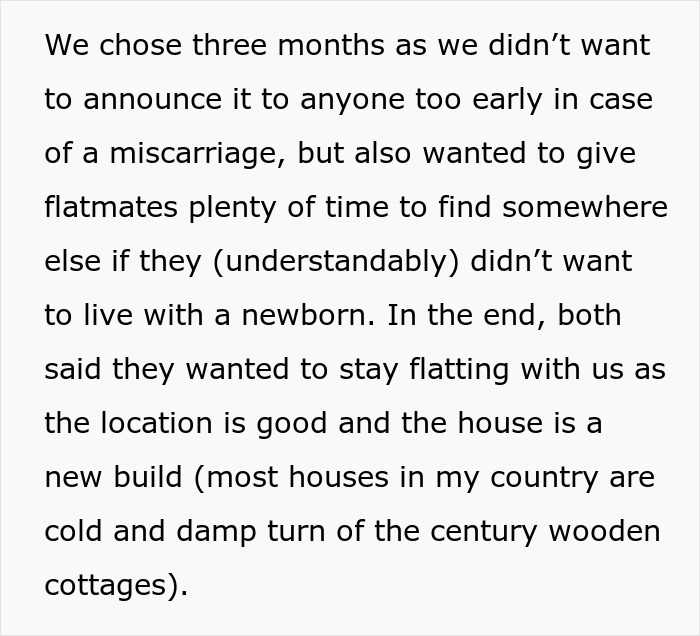 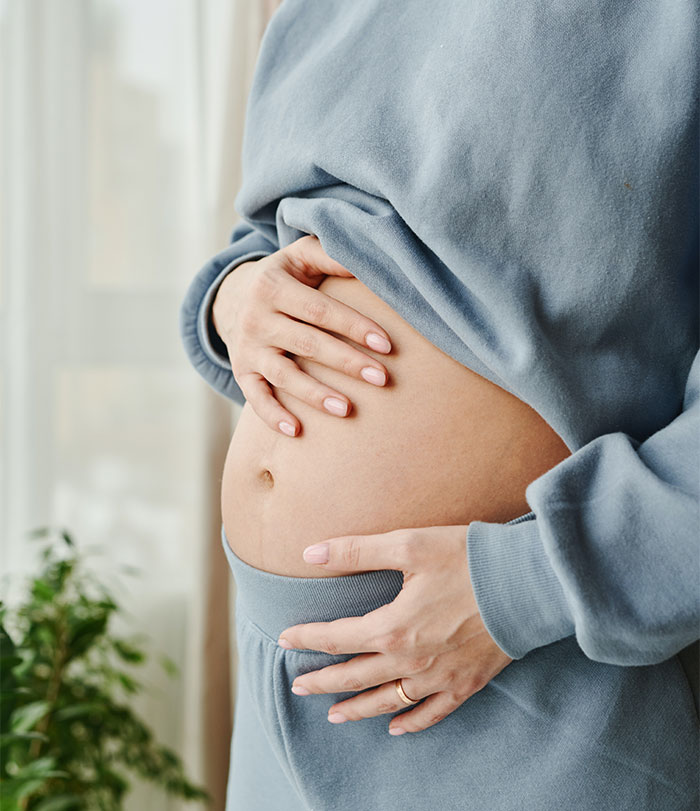 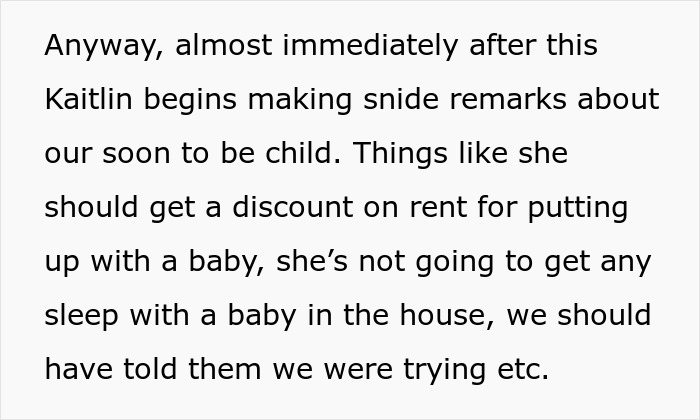 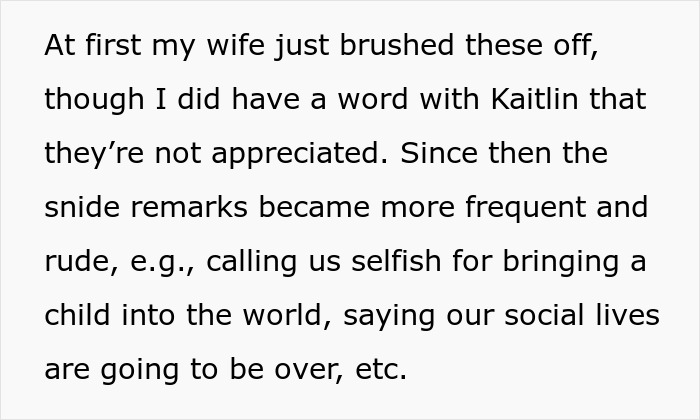 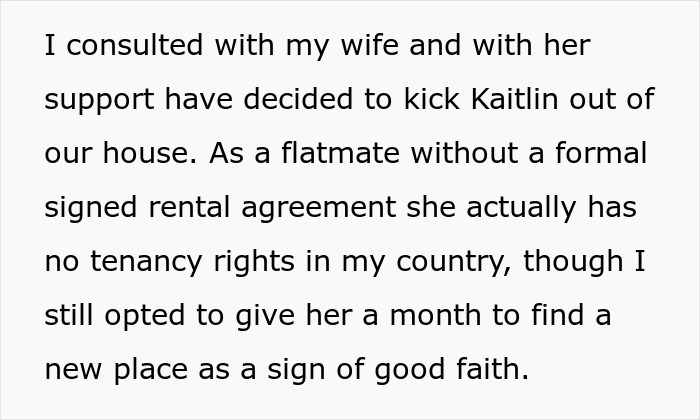 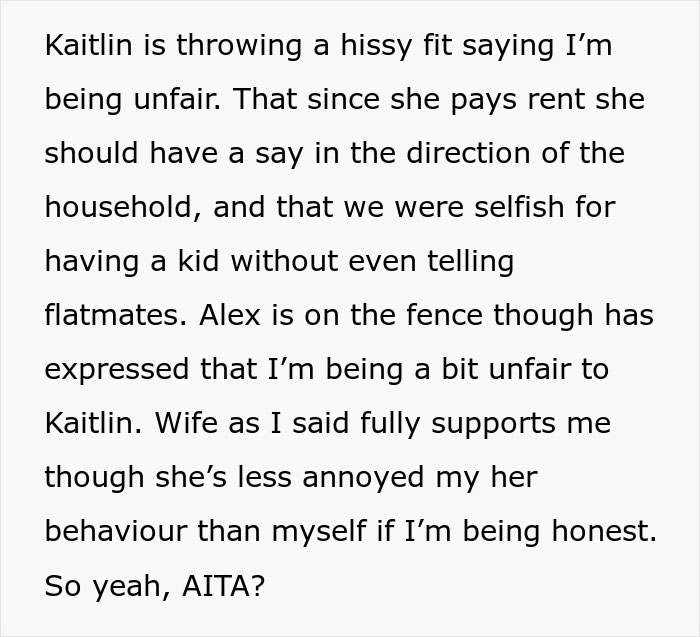 According to a recent study by Michigan State University, most people who currently do not have children made the decision to be childfree when they were younger. Many say that people will change their minds over time, but this study says otherwise.

Making up over one-fifth of the population, the survey found that 21.6% of childfree adults have not wanted children since they were young. The survey wanted to differentiate adults who did not have children with those who did not want children.

Moreover, a Pew Research report from 2021 found that 56% of childless adults under the age of 50 who say it’s unlikely they’ll have a child simply do not want them. This could be for a myriad of reasons, but Pew points out that the leading factor is the financial burden.

And while there’s no doubt that the childfree population is growing faster than ever, it’s clear that we have to respect each other’s life choices, whether it’s opting for a childless life or becoming a parent.

When it comes to this particular incident, Redditors seem to agree that the roommate in question crossed the line in trying to dictate and criticize how the owners of the house she lived in chose to live. Some people, the author of this story included, also speculate that the roommate might have been trying to receive a reduced rent offer because of the baby in the house. The owners of the house obviously didn’t take that approach to solving the situation. 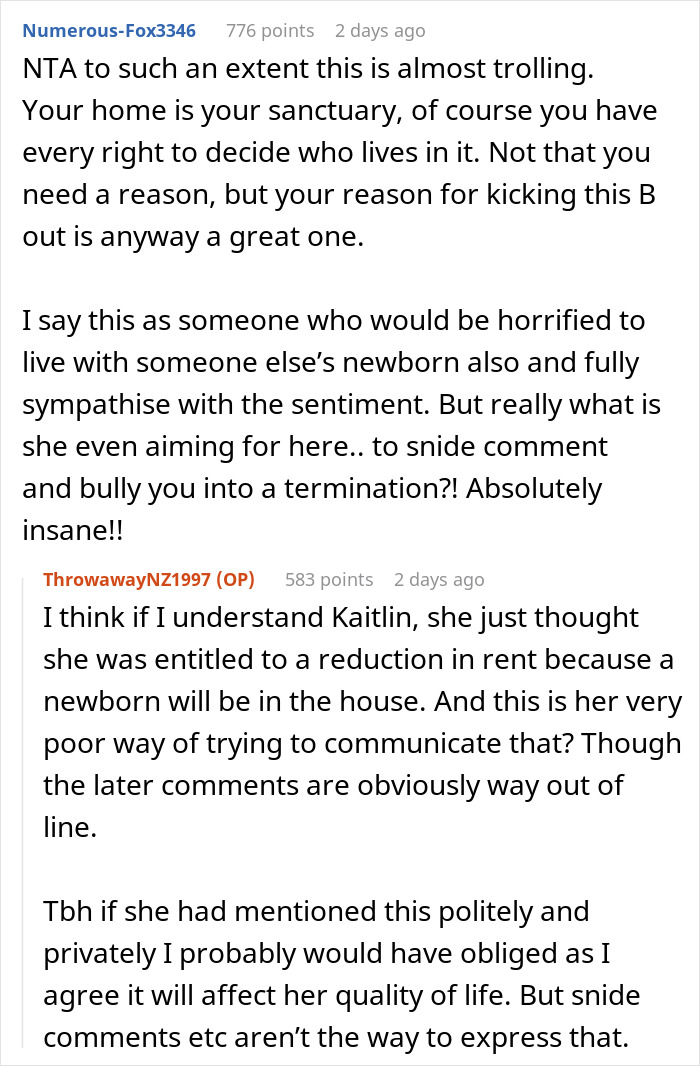 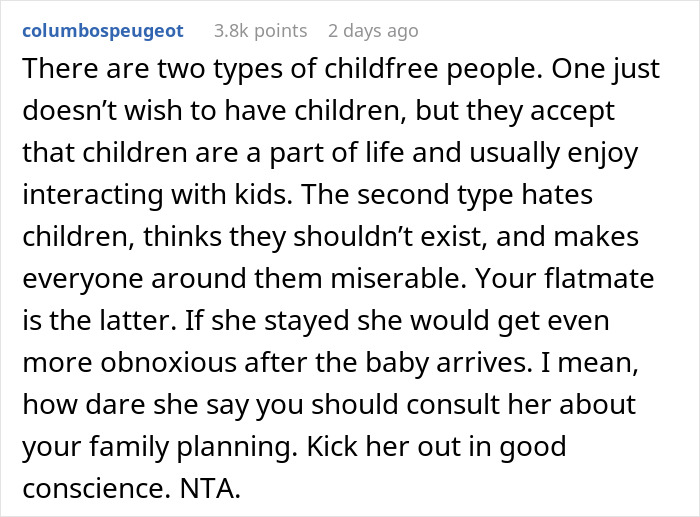 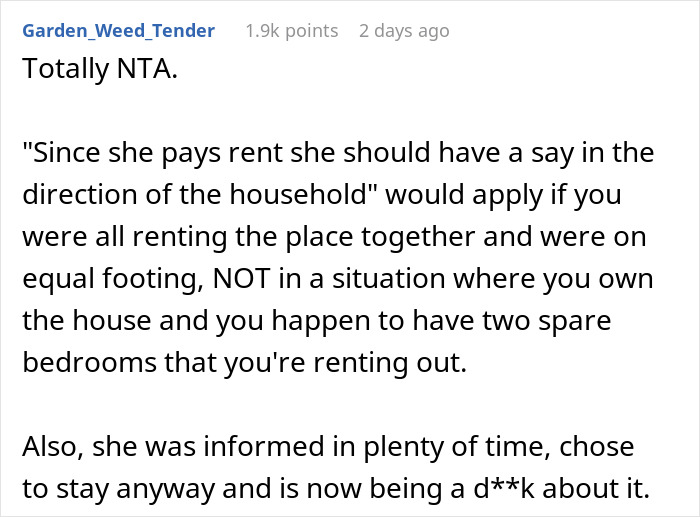 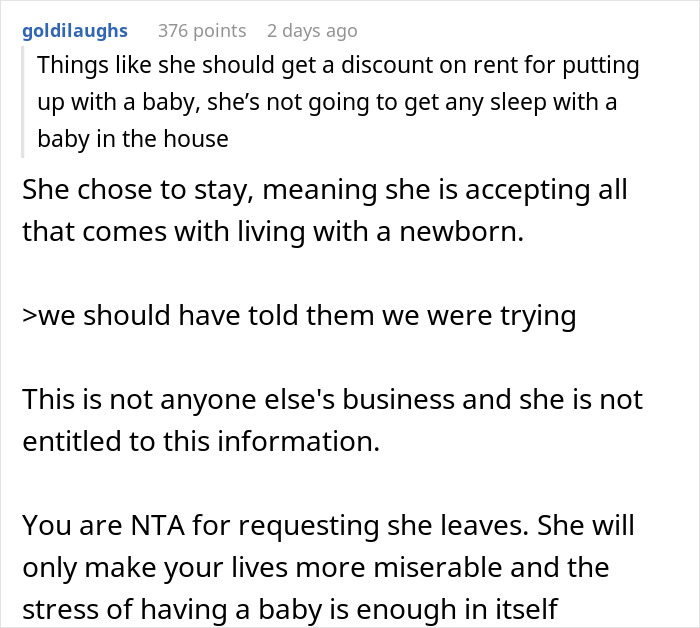 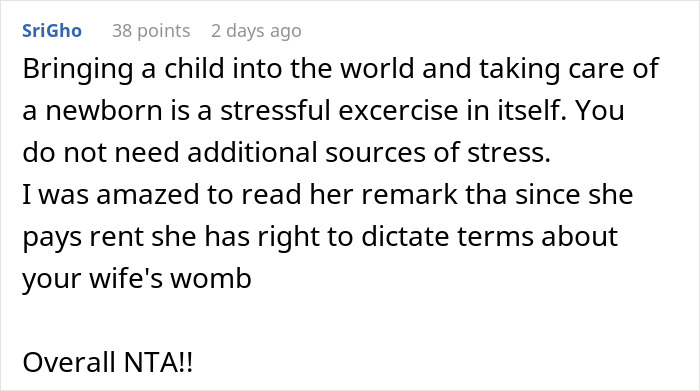 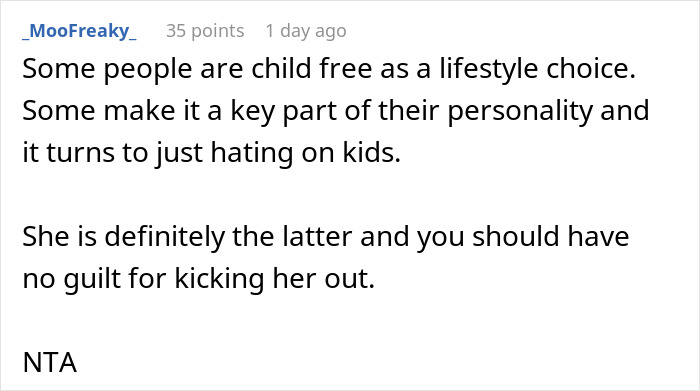 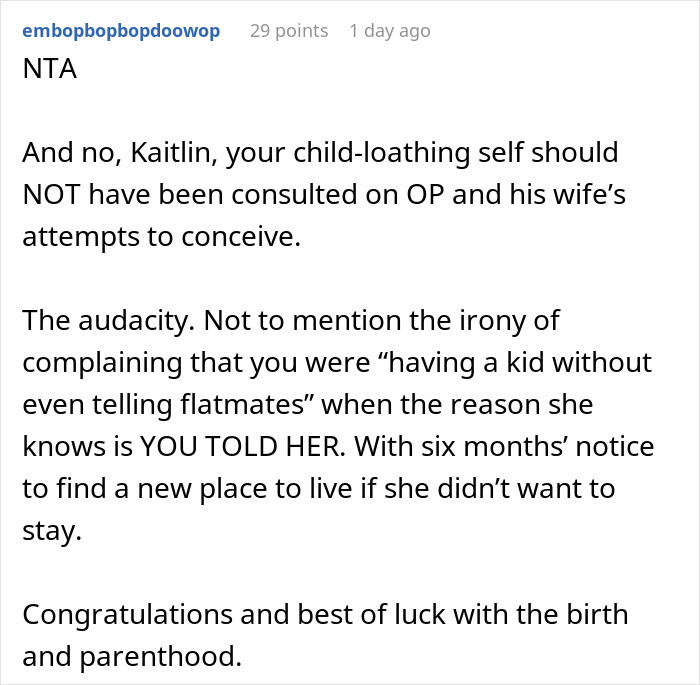 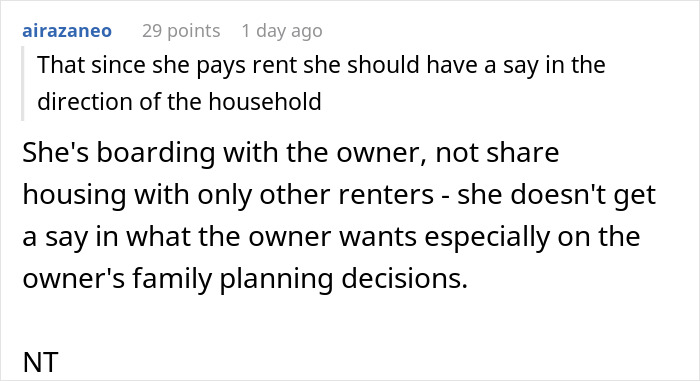 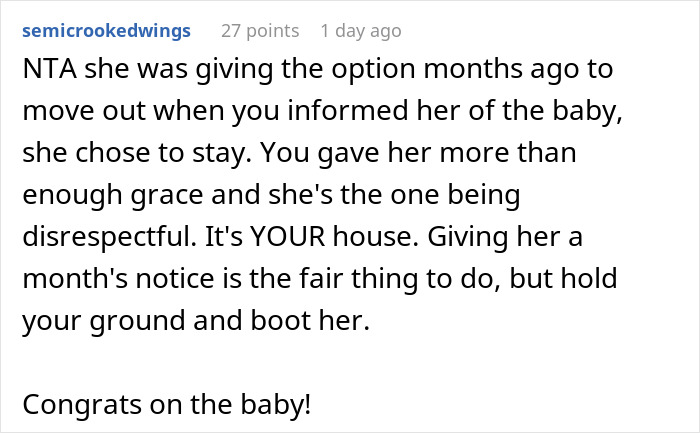 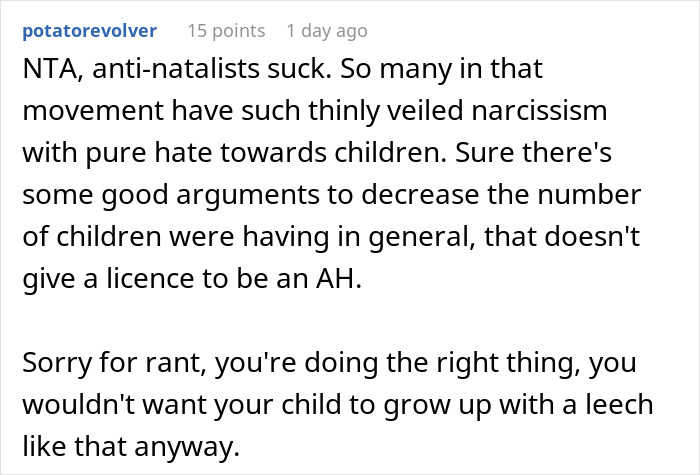 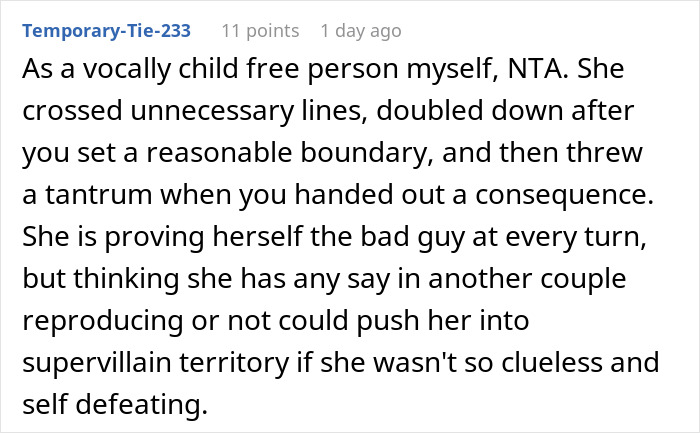 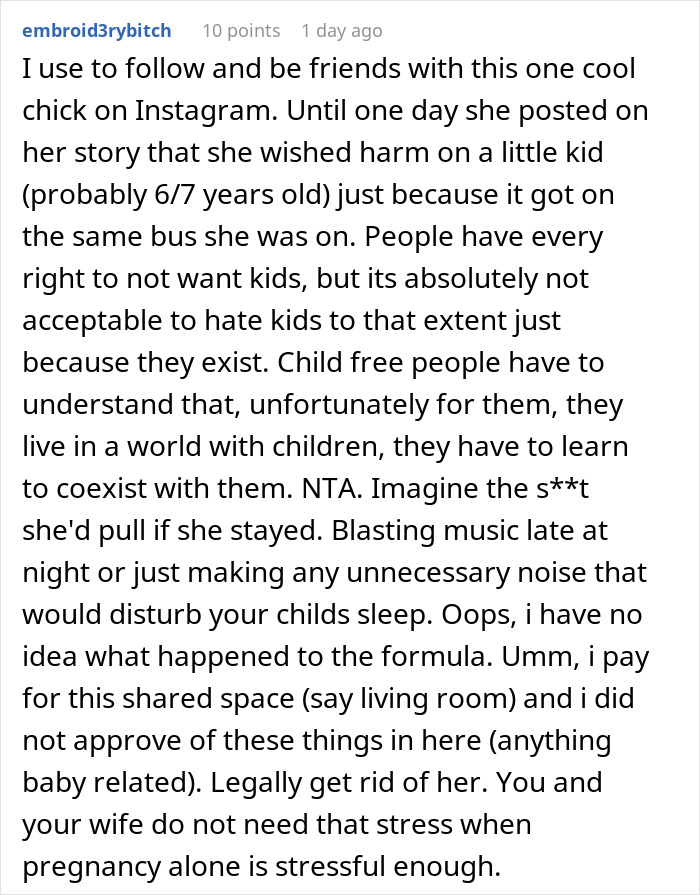 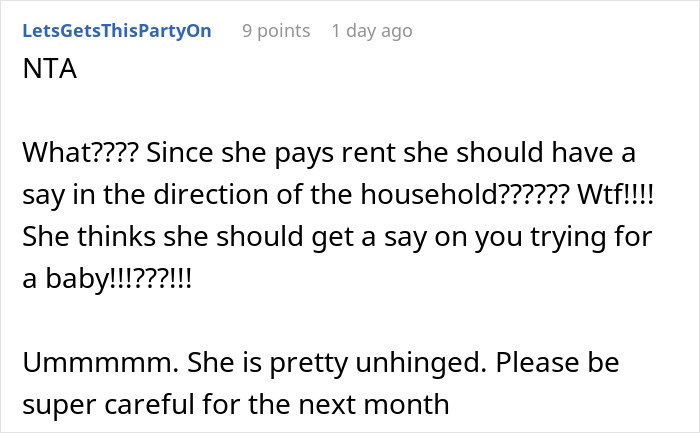 The post “Am I A Jerk For Kicking Out A Very Vocal Childfree Flatmate After My Wife Got Pregnant?” first appeared on Bored Panda.

The Pros and Cons of Responsive Web Design in 2023

“Karen Wants The Neighborhood Adult Valentine’s Party Cancelled Since She Can’t Take Her Kids”: Person Shares Screenshots To Expose A Neighbor They Have To Deal With