In this day and age, it’s important to know how to do at least the basic chores around the house. How to vacuum, how to wash the dishes, how to do the laundry, and—probably most importantly—how to cook! Look, the fact of the matter is that every adult should know how to pull their own weight. You don’t have to put out MasterChef-level dishes every day, but you should know at least how to put some basic meals together.

Unfortunately, some people refuse to learn, no matter how much effort their loved ones put into teaching them in the Way of the Kitchen. One redditor shared how her boyfriend grew up in a house full of outdated gender norms, so he left all the cooking to her. Meanwhile, all he did was use the microwave to heat up some frozen meals. Meals that are, actually, quite expensive.

While planning to leave on a week-long work trip, the woman decided that they needed to save a bit of money. Instead of buying more of the expensive microwavable food, she got him enough ingredients to cook on his own. She then did her darn best to teach him the basics. Fast forward a week and she comes back to a massively angry boyfriend who started accusing her of nearly leaving him to starve. Scroll down for the full story, Pandas. Let us know what you think of the entire gastronomic drama in the comments. 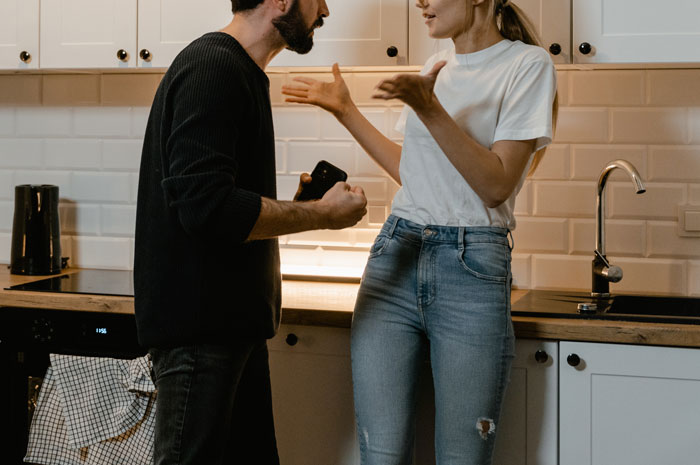 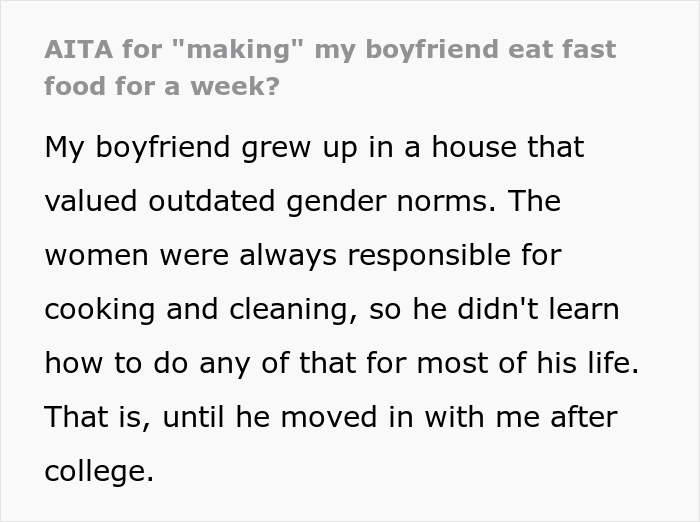 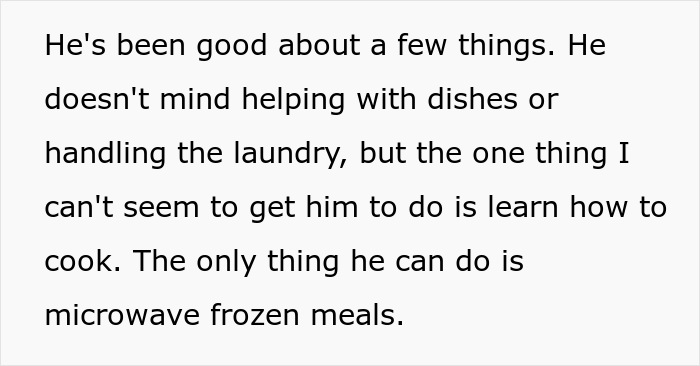 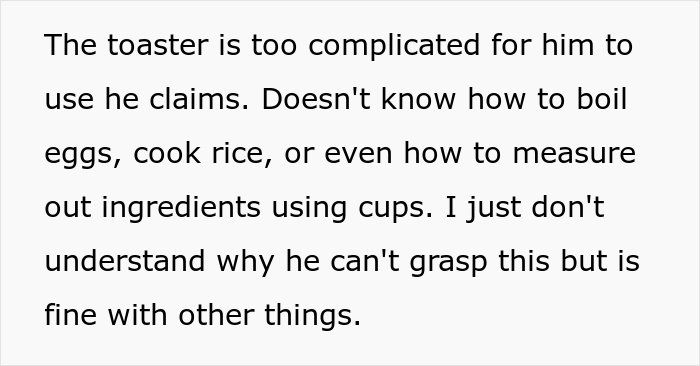 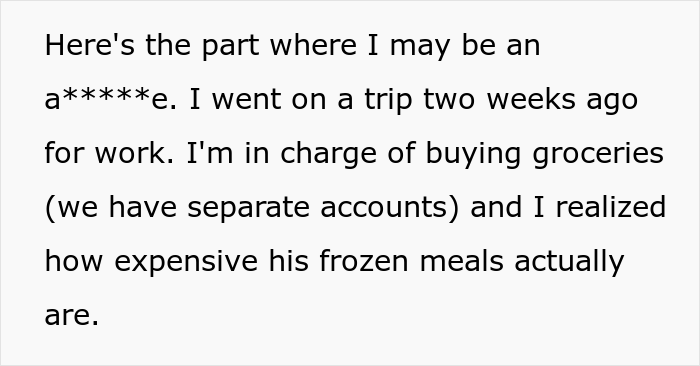 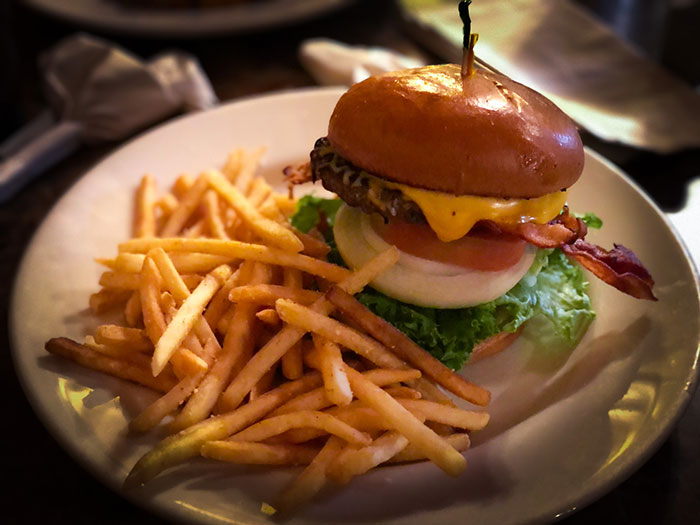 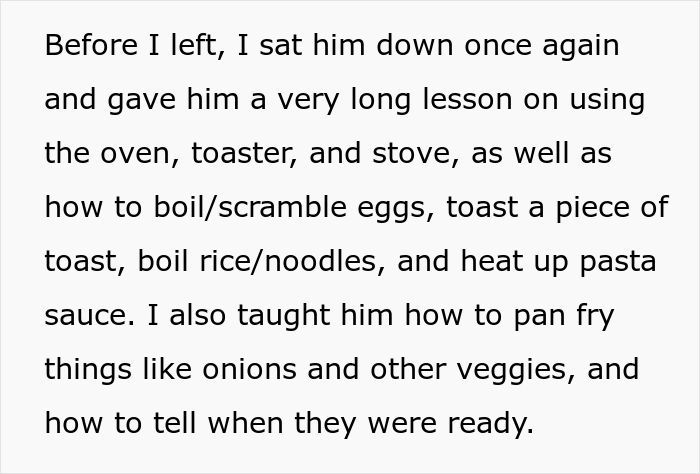 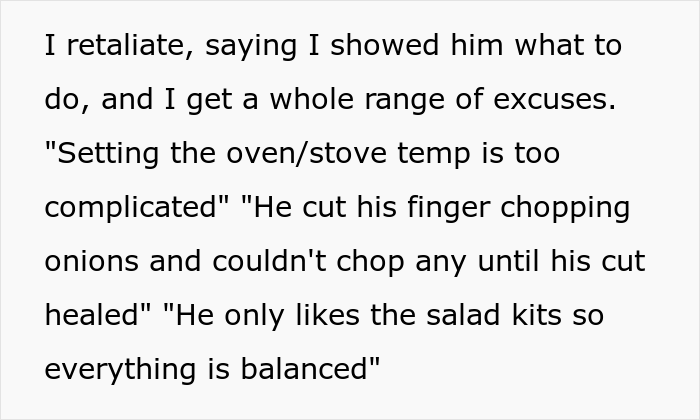 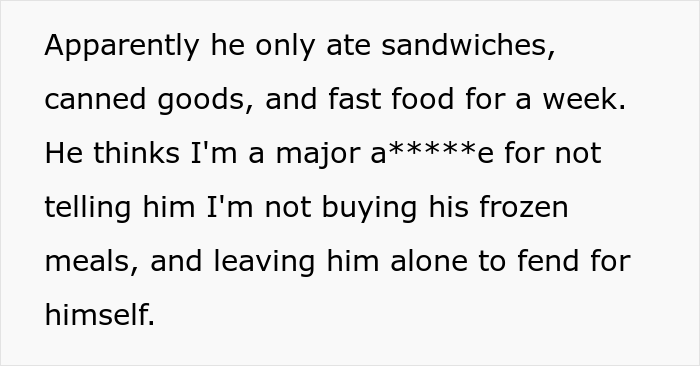 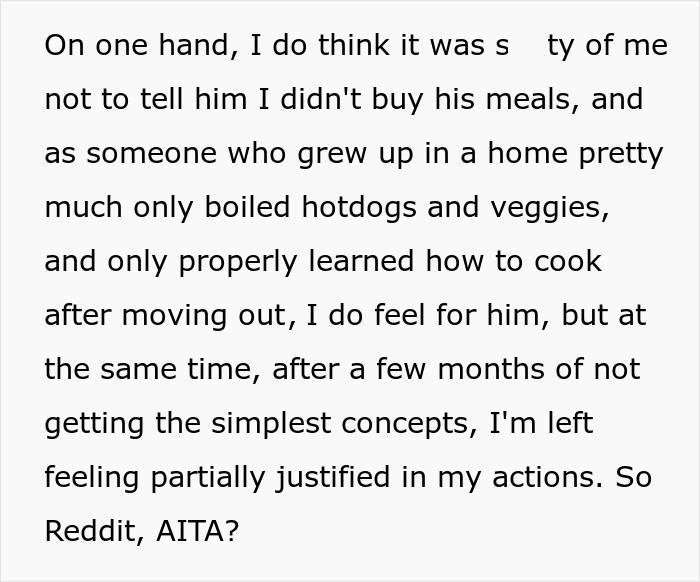 The woman tried to save them both some money by cutting out the microwavable meals. However, things didn’t turn out quite as she had hoped. Instead of coming home to find her boyfriend proud of having learned to become more independent, she was met with accusations.

As it turns out, he only ate sandwiches, canned goods, and fast food for a week. He also had a whole bunch of excuses lined up as to why he wasn’t able to cook for himself, even after all of those lessons.

The OP wrote that she got a whole range of excuses, from the fact that it was “too complicated” to use the oven and stove to how he couldn’t chop anything, and more. We’re not going to lie, this makes us a bit worried about the future of humanity. Just a little bit.

Previously, relationship coach Alex Scot explained to Bored Panda that part of what makes things work well around the house is being able to divide up the chores in a way that’s fair.

“Divvying up house chores is a necessity. If one partner consistently does the majority of the work, typically it leads to that partner feeling like a nanny,” she said, adding that both partners should be honest with each other about which chores they absolutely hate and which ones they don’t mind doing.

“For example, I don’t mind cleaning toilets but I hate vacuuming, so my partner is the one who vacuums and I’m the one that cleans the bathroom. For any chores that both partners don’t want to do, take turns alternating. This will vary from couple to couple but the goal here is to keep communication open, fair, and realistic for each other’s schedules,” the relationship coach suggested.

The cost of food has been ballooning over the past year in the United States. CNN Business reports that grocery prices rose 13.1% over the last 12 months. And that’s the collective average. When you start looking at each item individually, you begin to realize that, hey, maybe it really is a good idea to work on a grocery budget and cut back on spending.

Here’s how people reacted to this gastronomic relationship drama 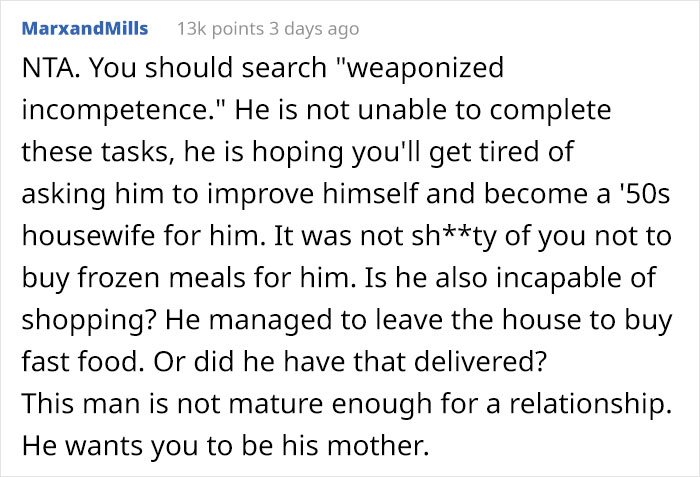 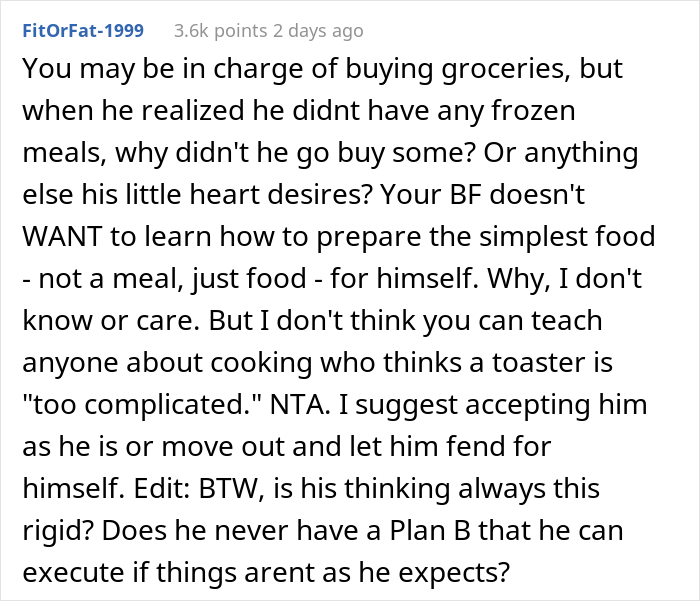 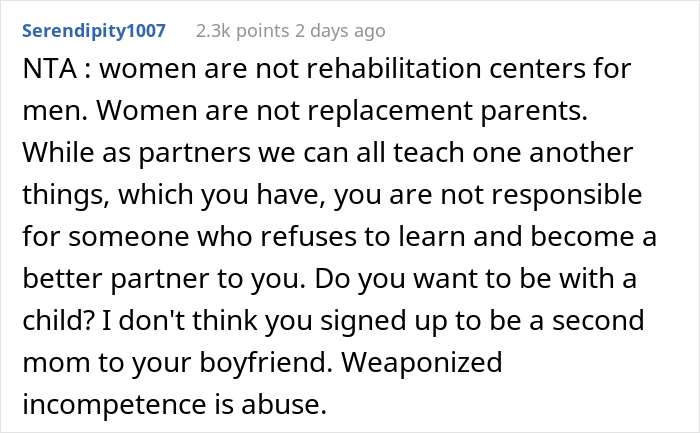 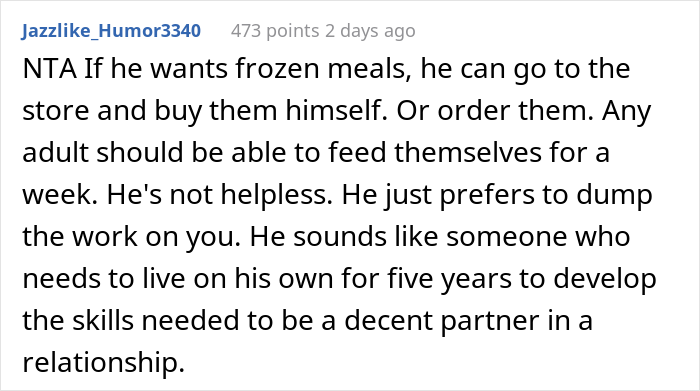 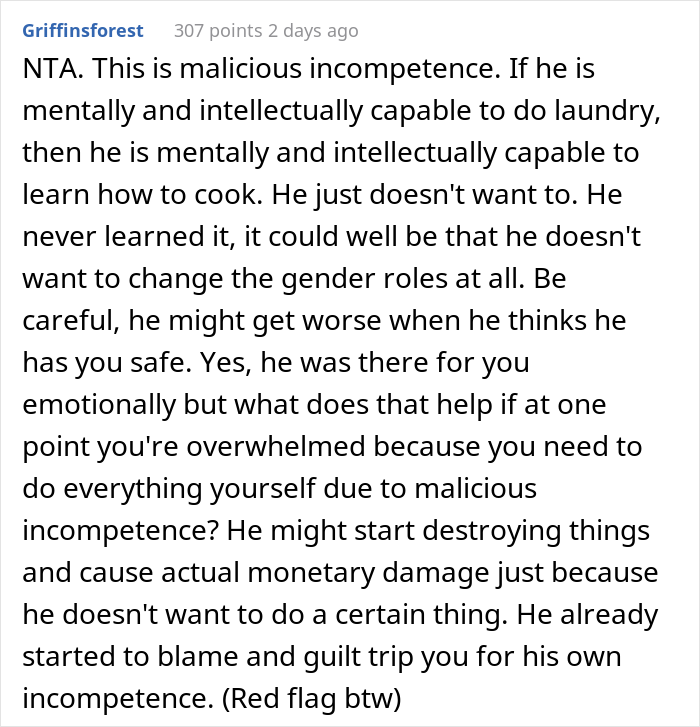 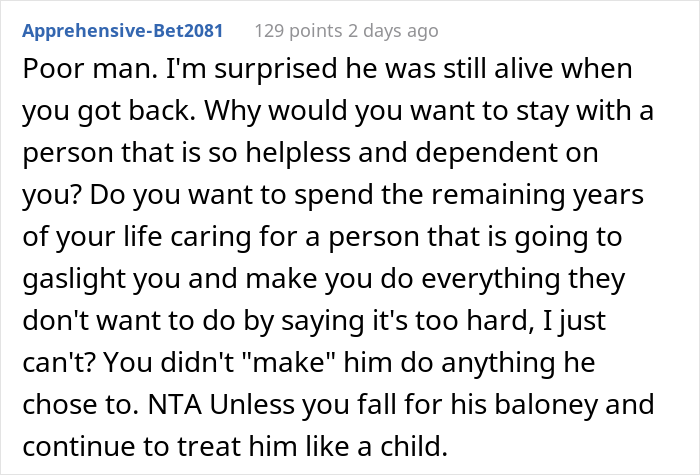 The post “Am I The Jerk For ‘Making’ My Boyfriend Eat Fast Food For A Week?” first appeared on Bored Panda.