Even though they’re full of unexpected twists and turns, in most posts we see on the subreddit ‘Am I the [Jerk]?‘, their authors are granted a pardon. This time, however, it was a different case.

A soon-to-be bride who goes on the platform by the nickname Strange-County-5848 wants to ban old people, including her own grandparents, from her wedding because she sees them as attention-sucking disappointments who can ruin the big day.

For example, she’s worried that her fiancé’s Alzheimer’s-ridden grandma would make a scene at the ceremony.

So she capped the age of all guests at 70. But when that didn’t fly with her family, she started having doubts and asked Redditors to share their thoughts on the situation. As previously mentioned, the majority were against her.

This bride didn’t want old people to ruin her wedding 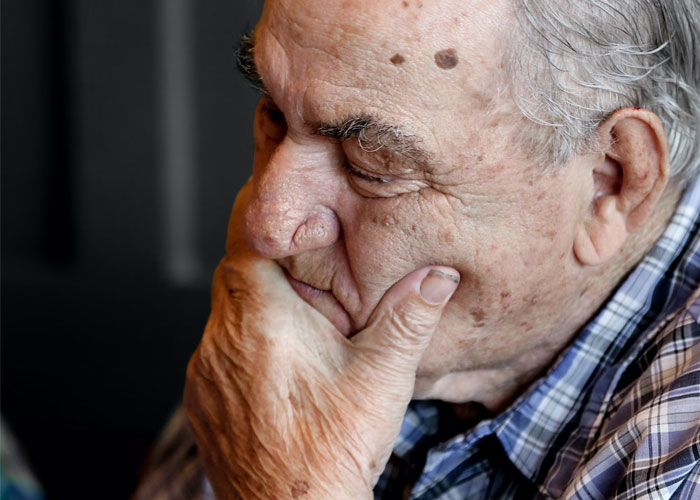 So she invited only those under 70, excluding her own grandparents 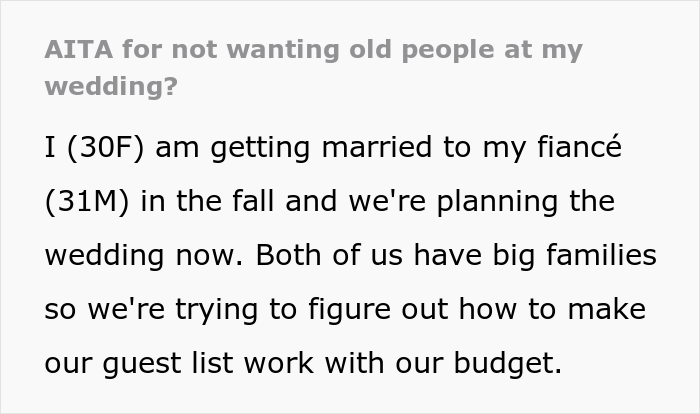 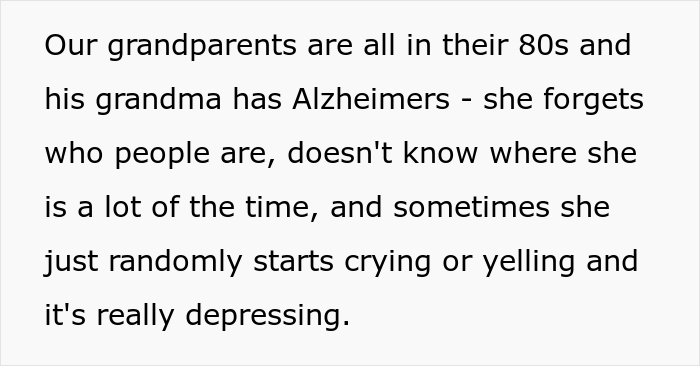 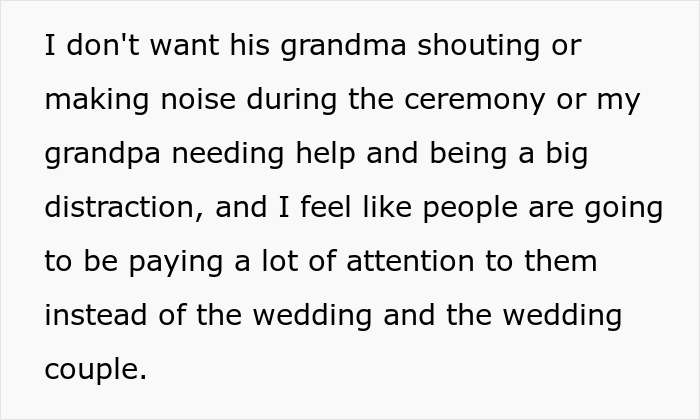 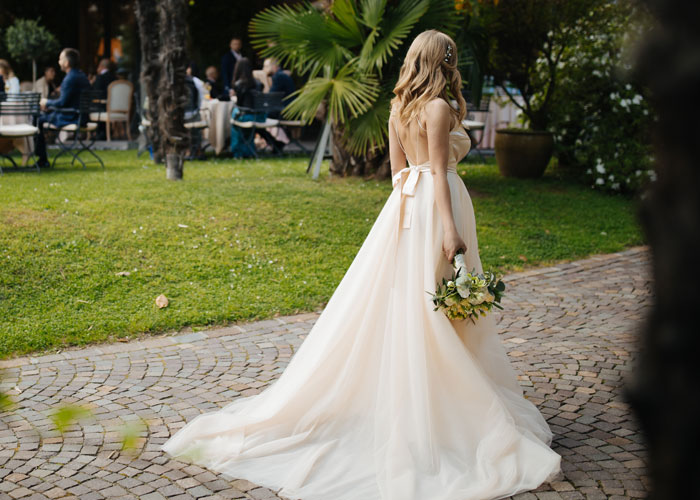 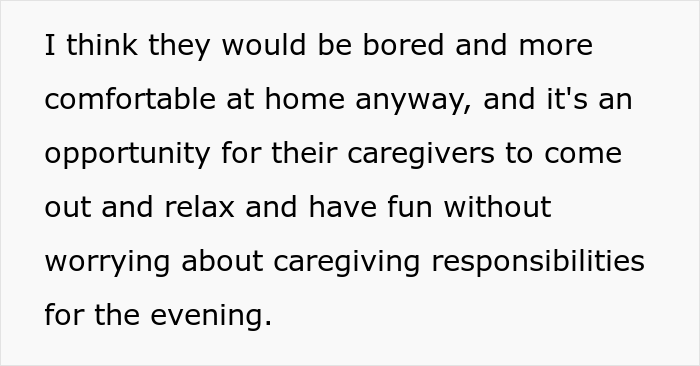 Most people were absolutely appalled by her decision 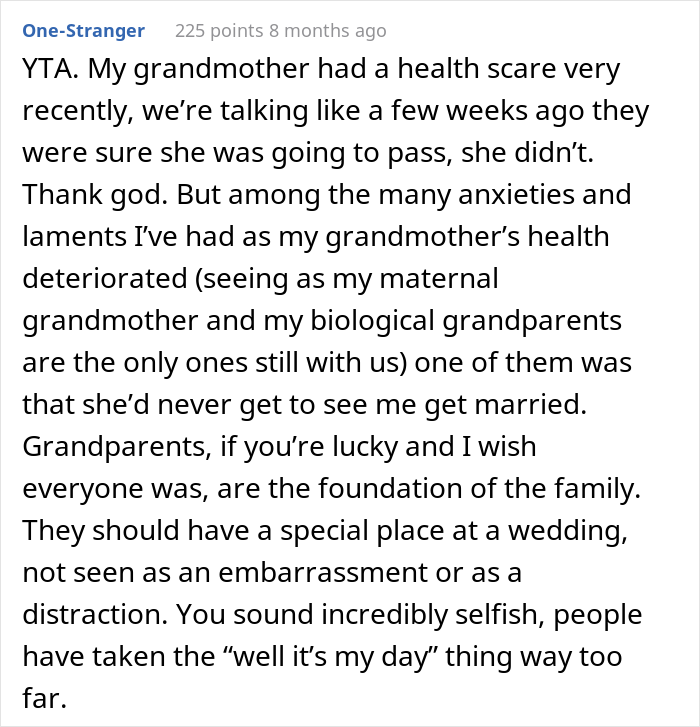 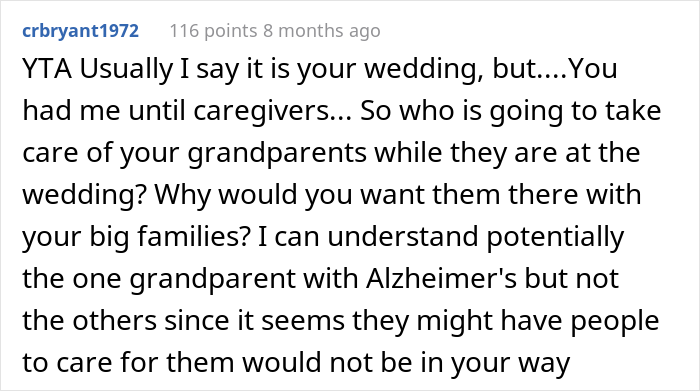 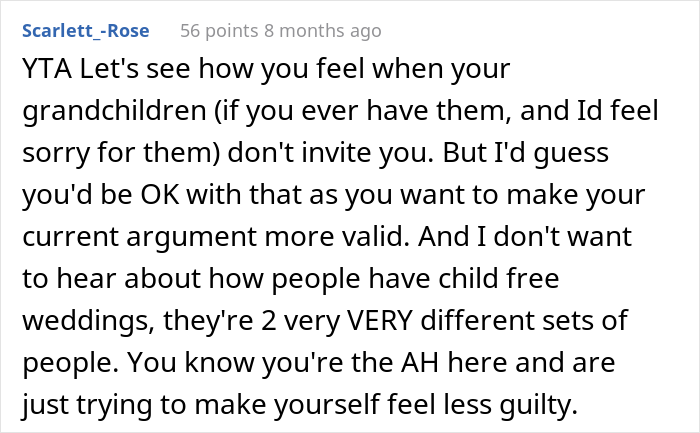 But  some thought she was free to do whatever she wanted

The post “Am I The Jerk For Not Wanting Old People At My Wedding?” first appeared on Bored Panda.