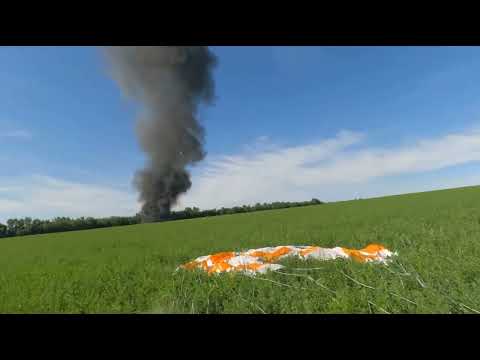 This video allegedly shows helmet camera footage from a Russian Air Force pilot ejecting from his Sukhoi Su-25 “Frogfoot” attack aircraft. Internet rumor initially said that he was shot down over Ukraine, but later rumors assert that the pilot hit a power line while flying in Russia itself.

In just a brief moment, the flight went from calm and normal to a midair catastrophe. The pilot ejects while only a few hundred feet off the ground, then parachuted down to the ground. At about 0:11 into the video, we see the broken Frogfoot crash into the ground.

Books That Can Make You Smarter

What Are Car Washes Really Doing To Your Car?

New Minerals Found Inside a Meteorite