The web is abuzz with news of Amazon’s Ring Always Home Cam, an autonomous camera drone that can fly around your home. The diminutive device “lives” in a dock and is linked to your Ring alarm system; the idea is that in the event of a break-in, the camera self-deploys and whizzes about your home on a pre-programmed route, beaming the footage to your phone. 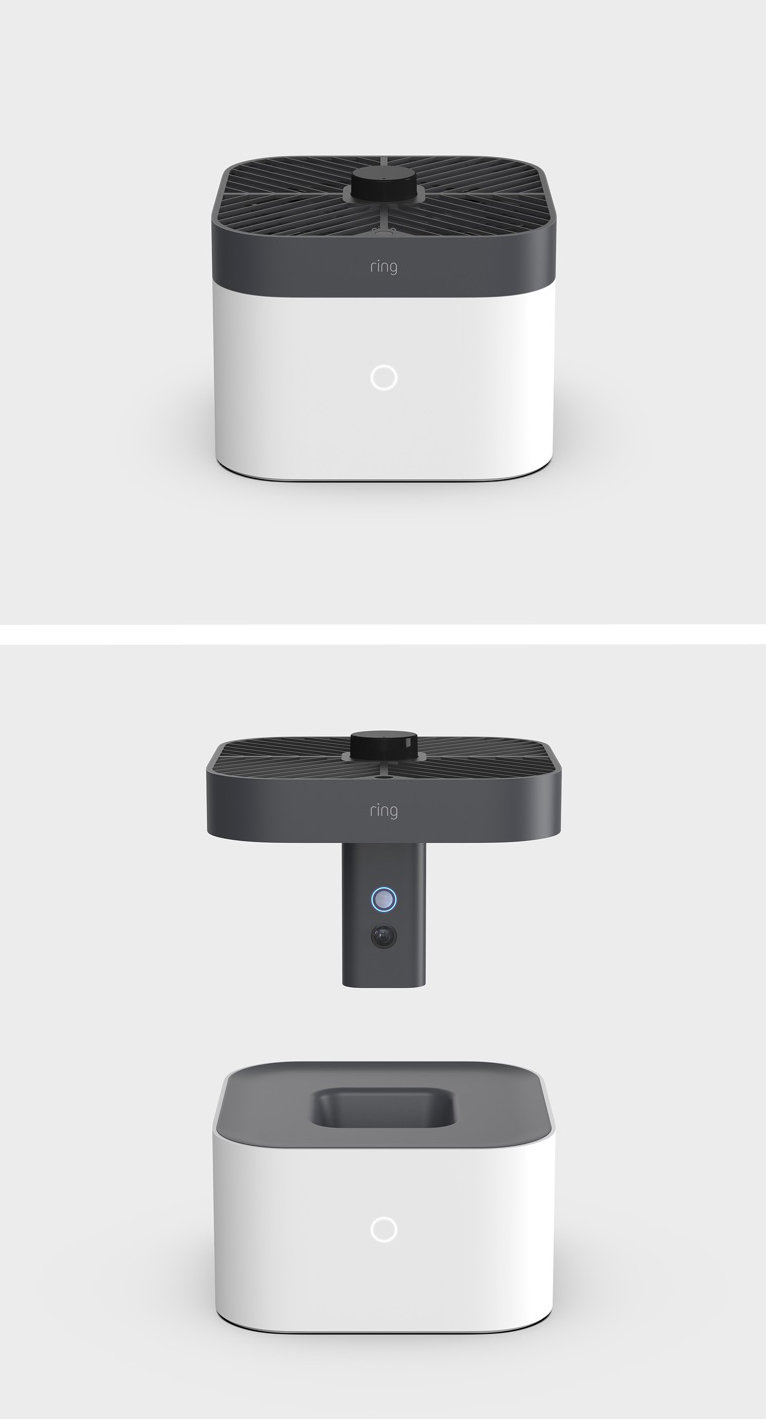 I am not a fan of us bugging and camera-equipping our homes in the name of safety, and how those devices can be taken over by others unbeknownst to us. But I must point out at least two smart things about the RAHC. The first is that it’s obviously cheaper and/or less hassle to have one flying camera than to install multiple fixed cameras for comprehensive coverage. The second has to do with the physical design of the RAHC itself.

As Ring CEO Jamie Siminoff wrote in the RAHC’s introduction, it was purposely designed “to hum at a certain volume, so it’s clear the camera is in motion and is recording. This is privacy you can hear.” Additionally, the fact that the camera’s vision is obscured when it’s in the dock provides a simple, physical solution to confirming that it’s not recording while at rest.

In contrast, I have pieces of black tape over the cameras on my laptop and external monitors, because I have no other way of confirming they’re not on. I can’t do much about the dual cameras on my phone except keep one of them pointed at the ceiling when the phone’s at rest (i.e. I won’t dock it in a vertical position). If I had permanently-mounted and internet-connected cameras anywhere on the property, I’d always wonder if they’d been hacked.

While I don’t have the need or desire for a RAHC, I do appreciate the intelligence of the design. If all security camera manufacturers designed in an easy way to confirm the lenses were occluded at the appropriate times, they’d bring more peace of mind.