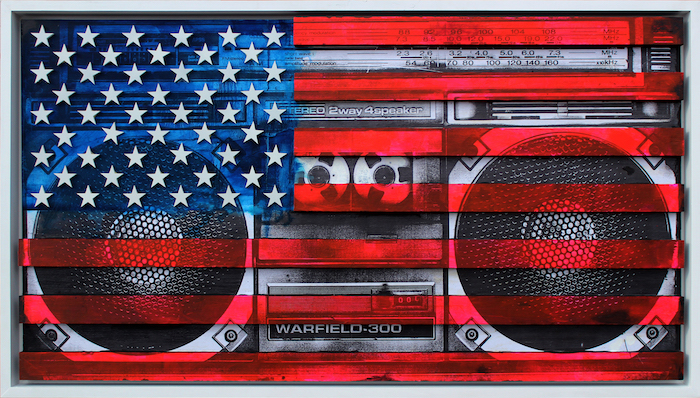 DL Warfield, The United States of Boom. Images courtesy of the artist

Stretched across a silvery, wooden American flag, Muhammad Ali’s wide-eyed image is America, a visual parable: he looks at once determined and full of wonder, sweat-soaked from putting in work and somehow eternally gracious. Entitled The United States of the World’s Greatest, the 33” flag is part of DL Warfield’s latest project, The American Flag Remixed, a series of flags crafted in a variety of mediums (wood, denim, mercury glass, iron, leather). They each depicts a bold reinterpretation of Americanism—or what it means to believe in America. 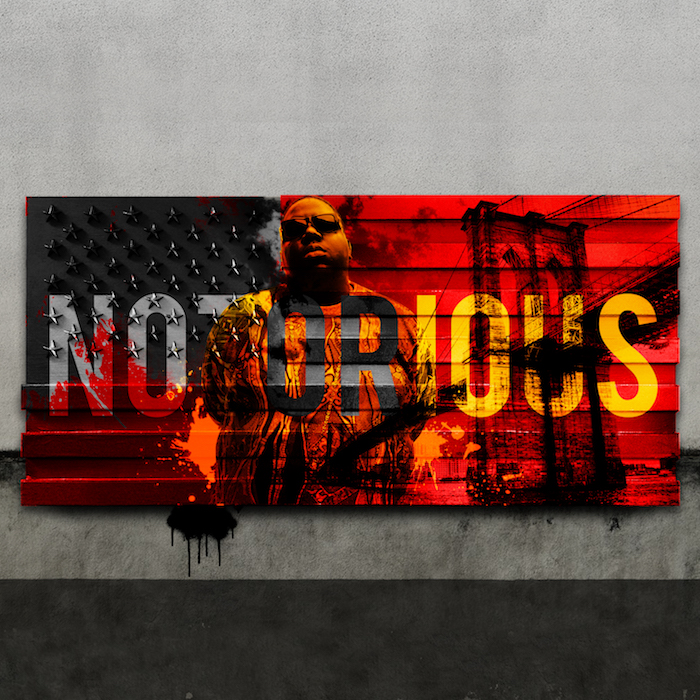 DL Warfield, The United States of Brooklyn Stand Up

“The flags feel so important, especially right now,” says Warfield, who refers to himself as “an artist with a fighter’s mentality.” He grew up in St. Louis, Missouri, where, he says, it was “pretty segregated. Things I went through with my girlfriend—who is now my wife—inspired a show I did last year, My Boyfriend is Black.” In addition to his personal practice, Warfield is a creative director at Goldfinger Creative, and has designed the visual branding for musicians like Michael Jackson, TLC, and Justin Bieber. Fittingly, his own work is something close to the realm of Pop art, brightly-colored and featuring familiar characters unexpectedly brought together—like Jimi Hendrix and Jackie O. “We didn’t have a regional music influence [in the Midwest],” he explains, “and since music has always been the biggest influence for my art, I would dream about the places that music was created.” 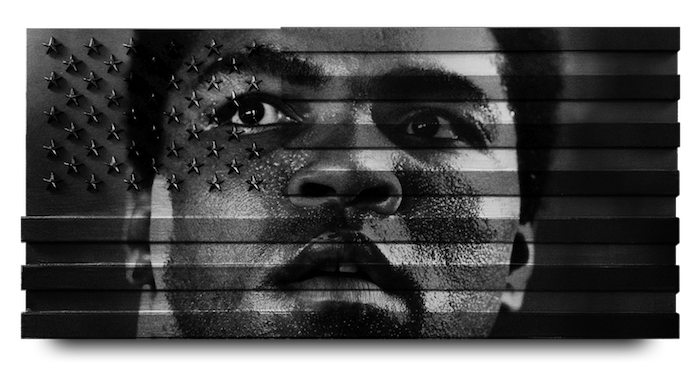 DL Warfield, The United States of the World’s Greatest

Though Warfield spent a long time thinking about “the different things that America means to people [and] how entertainment is our number one export,” the meaning of America is the crux of the series—what America is, who America is. Most of the depicted celebrities are people of color; furthermore, other pieces of life in the U.S. appear on the flags. There’s The United States of God (a flag that looks like the sky itself) and The United States of We Shall Not Lose, an homage to the soldiers from Raising the Flag on Iwo Jima. There’s even cocaine (The United States of White Lines). 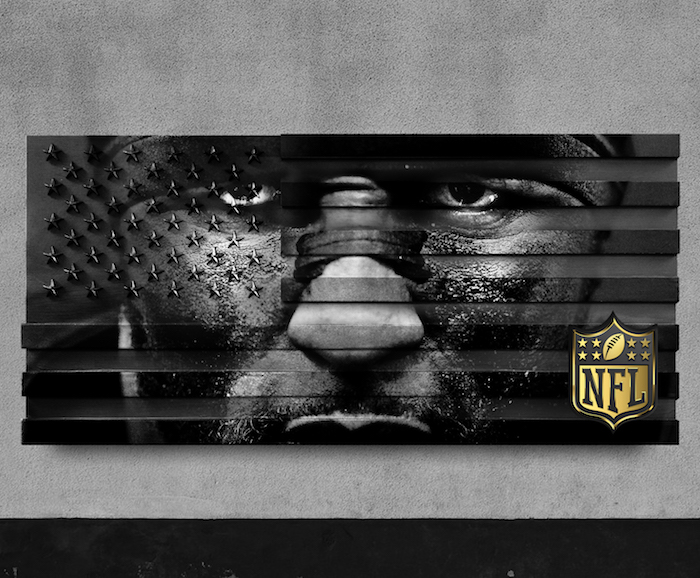 DL Warfield, The United States of Play with Passion

The multiple, endless definitions of American identity are vital right now, when it feels like so many lives and so many fundamental rights, perhaps always at stake, are more in danger than ever. “The way I change the aesthetics of the flag,” Warfield explains, “speaks to being able to be the American that you want to be…and, at the same time, show we are all connected through the foundations that makes this country great, incredible, bad, notorious, humble, arrogant.”

50 States of Art: A Letter from the Editor

Artist Sculpts Her Own American Flag