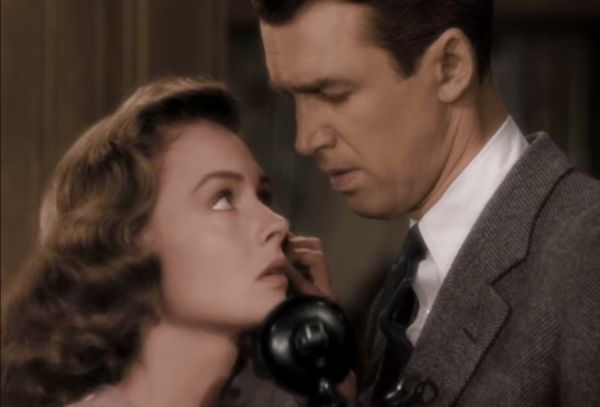 The Christmas classic It’s a Wonderful Life was released in 1946, and is set on Christmas Eve of 1945. The movie follows the life of George Bailey, who was born in 1907. Bailey and the characters around him experience life in the 20th century just as the 1946 audience would have, without too much explanation. They lived through the Spanish flu epidemic, the crash of 1929, and the World War II draft as a matter of course. No one around at the time had any idea that the movie would became more popular over the next 75 years, and that many folks would have to go to school to learn about the events that shaped their lives. But here we are, with a movie that chronicles a momentous period in history and how it affected everyday people.

The Smithsonian’s National Museum of American History’s History Film Forum examines the historical accuracy and value of American films. They recently discussed It’s a Wonderful Life and the historical events portrayed in it. The movie was not written as a history lesson, but due to its age and scope, it deserves a deeper look into its contemporary references. For example, the scene in which Mary and George are on the phone with Sam Wainwright is memorable to us for its extraordinary sexual tension, but there is real history behind the conversation.

To help George, who’s at a crossroads in his life, Sam offers them some illegal insider-trading tips as he reminds George of an idea they once discussed to make plastics out of soybeans. This hearkens back to an effort popularized in the 1920s through the early 1940s, most prominently by automotive titan Henry Ford, known as “chemurgy.” According to Landis, an agricultural historian, chemurgy was the “idea [of] taking farm crops and making industrial products out of them … growing rural America out of the Depression with one foot in industry, one foot in agriculture.”

Ford set up laboratories and employed scientists to experiment on crops to determine if he could “grow a car.” After experimenting on everything from cantaloupes to dandelion seeds, the researchers had the most success with soybeans. Though the effort succeeded in creating some plastic components for cars and allowed Ford to swing an ax at the plastic trunk of his personal car for publicity, soybean plastics didn’t result in the success or riches portrayed in the film, but the research did result in a plethora of food products, which in turn pushed soybeans from a marginal crop in North America to one of the largest.

This is just one tidbit from the film forum’s discussion. You can read more fascinating bits of history referenced in It’s a Wonderful Life at Smithsonian, or if you have time, you can watch a feature-length video of the forum discussion plus the relevant movie clips at the same link.