The U.S. Department of State estimates that about 9 million U.S. citizens are living abroad. Moreover, nearly 1 in 4 American expats are “seriously considering” or “planning” to renounce their U.S. citizenship, a survey from Greenback Expat Tax Services found. So you can’t help but wonder what exactly there is across the sea so appealing for Americans that they decide to settle down there for good.

This candid TikTok video from an American guy living in Berlin may bring us some answers. Jacobarthur30 has recently shared a video in response to another TikToker who asked “If you’re an American living abroad, please tell me why you would never go back?”

So he listed all the reasons why that may sound really straightforward and somewhat painful to hear, but they will surely make you stop and reflect on all these things that have been normalized in the American way of life.

Here are all the reasons he listed in a video, making us wonder 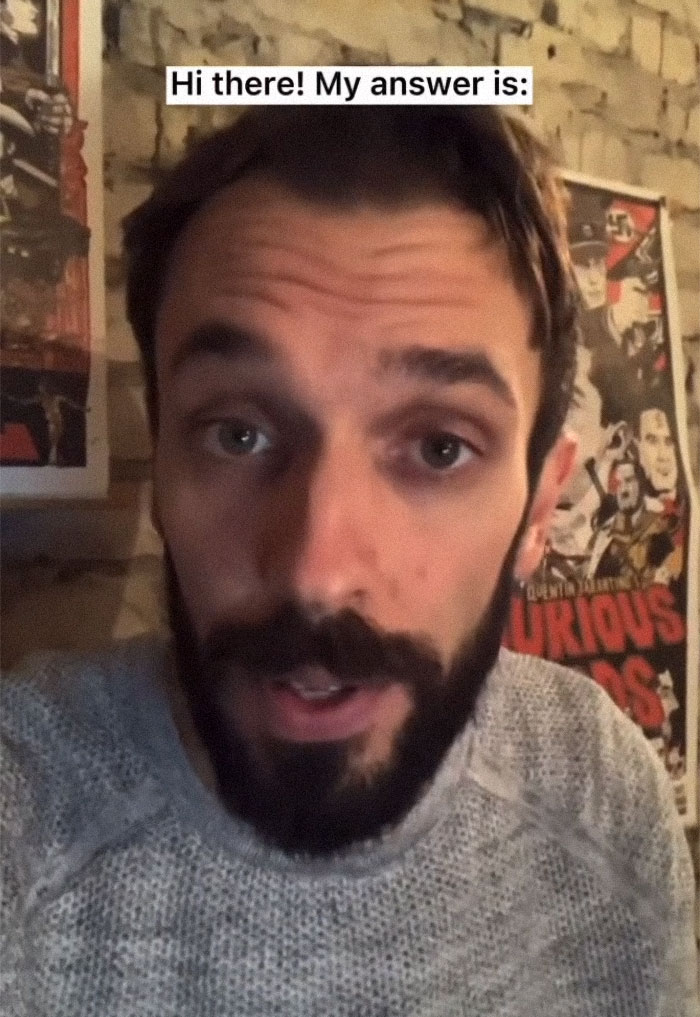 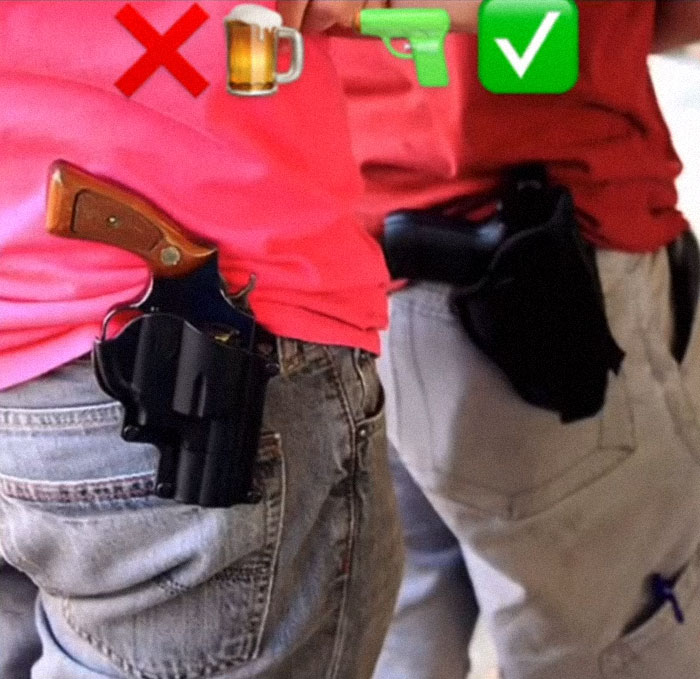 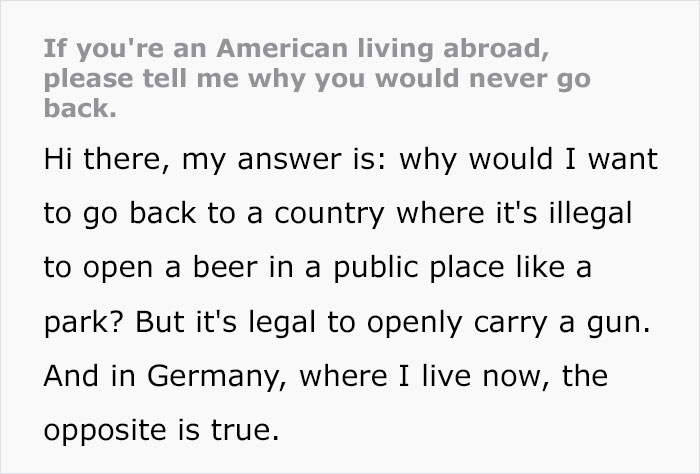 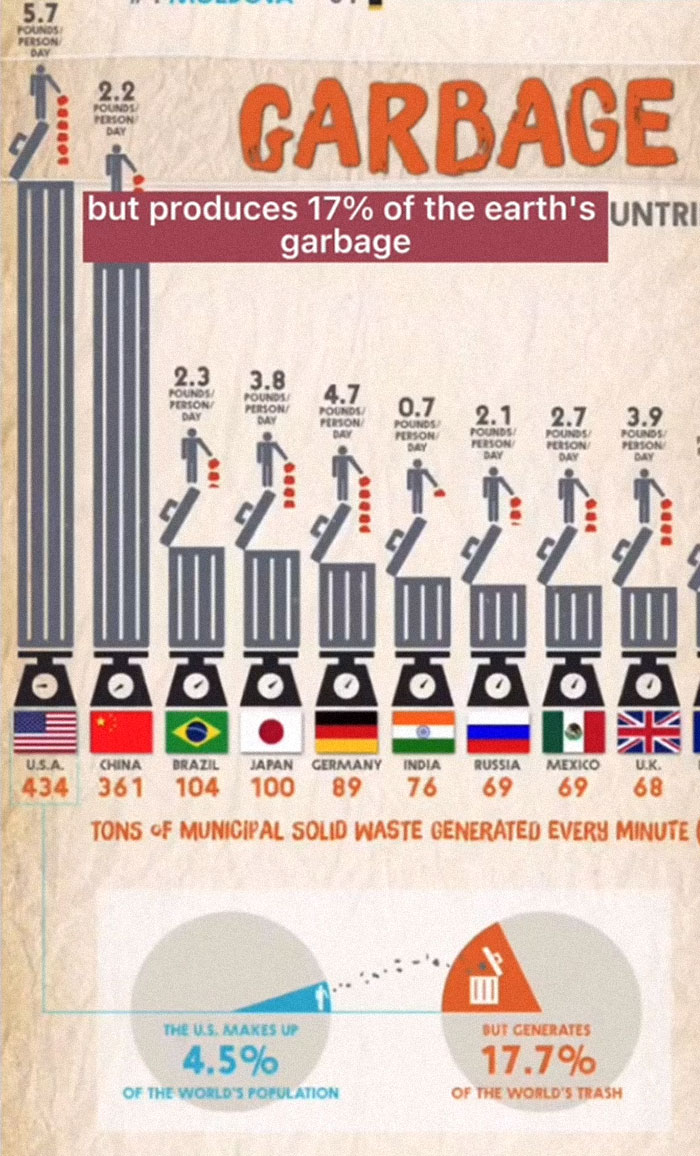 It’s no secret that the American expatriate community is huge. Just take a look at numbers, we are talking about 9 million people living across the world right now. And while some soak up the experience and come back to their native land, others decide that they’re better off settling down abroad. Many of them are even willing to ditch their citizenship (1 in 4 American expats, according to the survey from Greenback Expat Tax Services). But what are the motives behind such an important and life-changing decision? 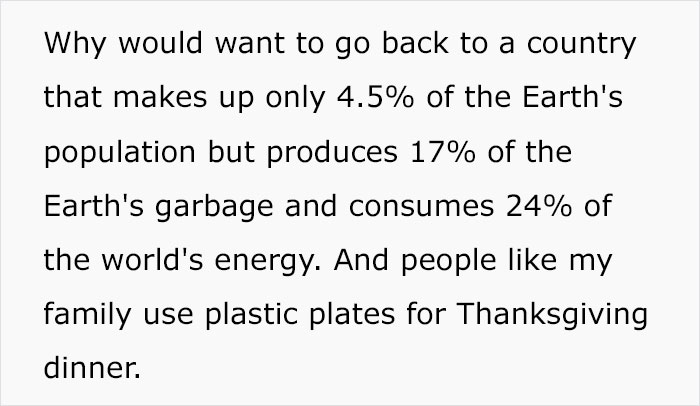 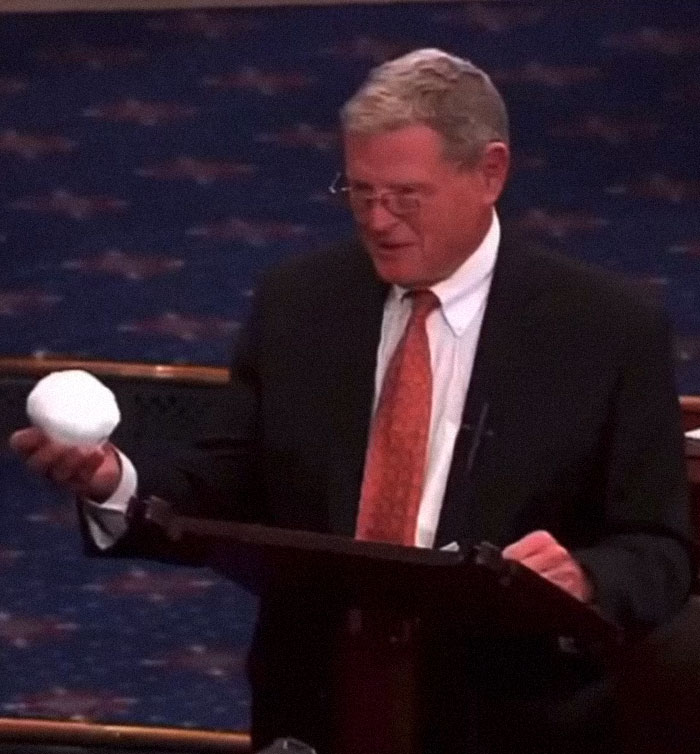 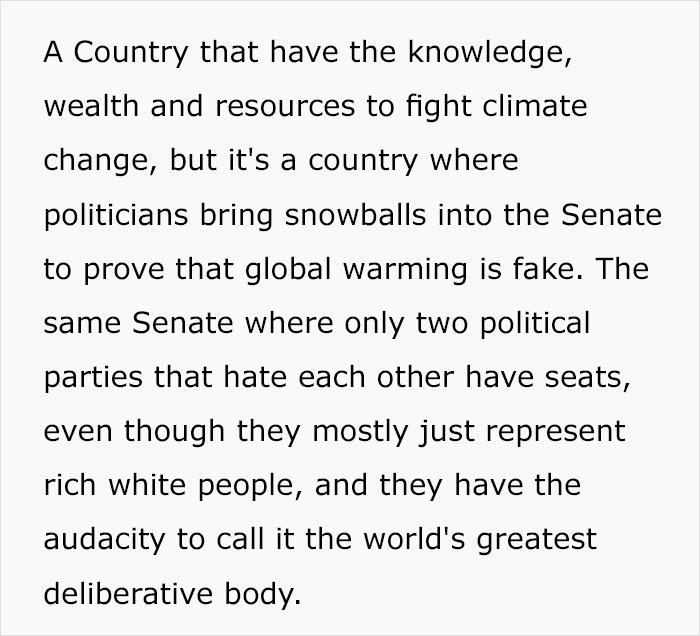 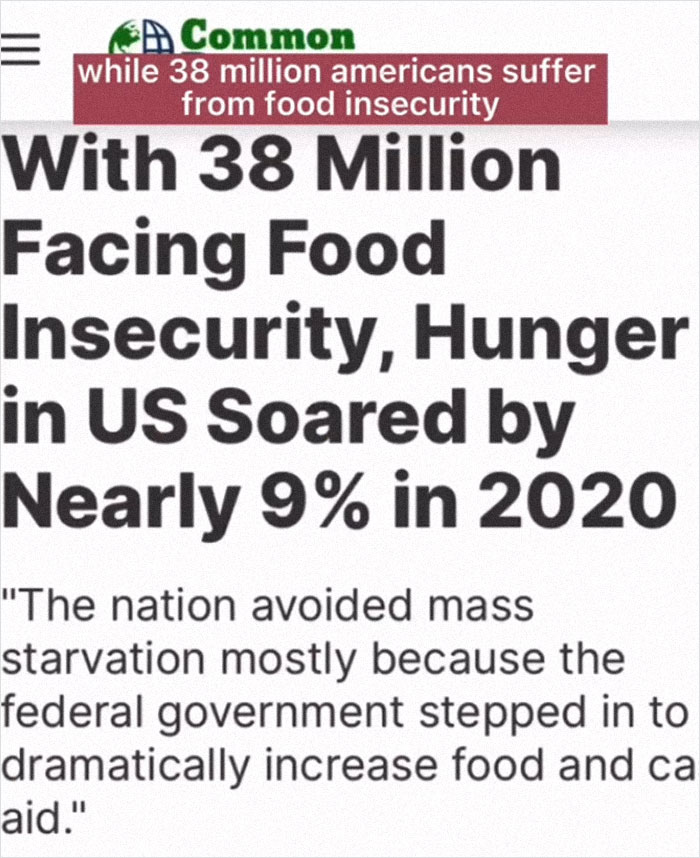 First off, we should take into account the dreaded tax season that puts a strain on filers every year. It turned out that Americans overseas face such a burden with US tax filing requirements that 4 out of 10 say they’re willing to ditch their citizenship because of that. This is because U.S. citizens and resident aliens must file taxes and cover what they owe, regardless of where they live. In some cases, that means that expats are obliged to pay taxes in two places, which is stressful just thinking of it. 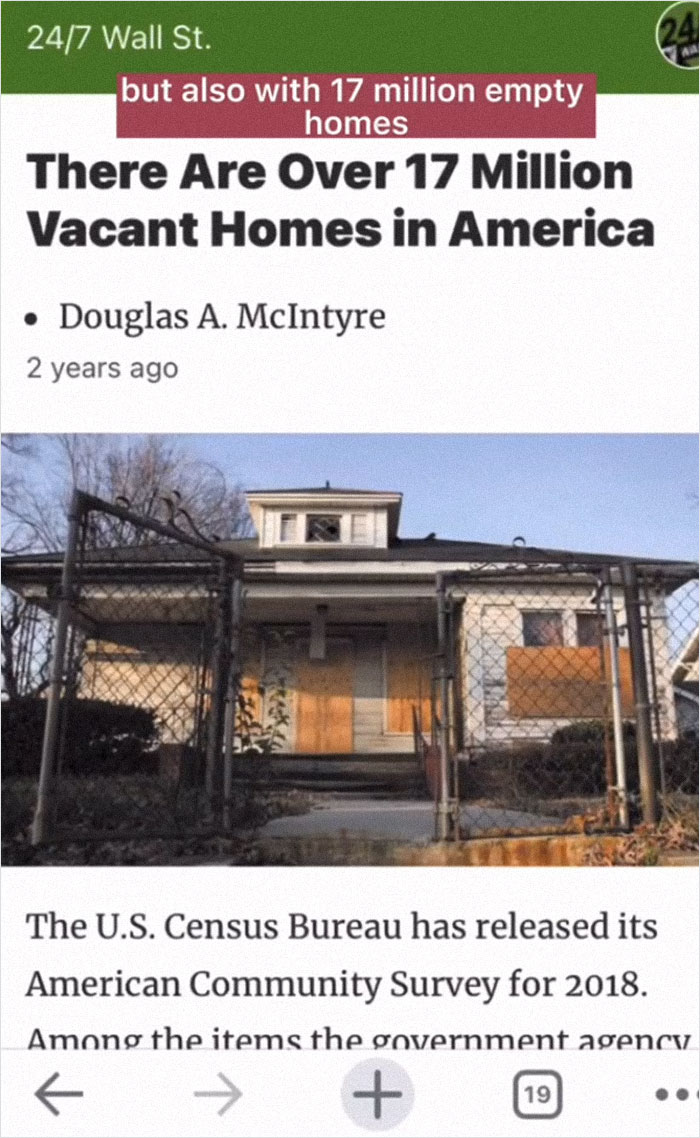 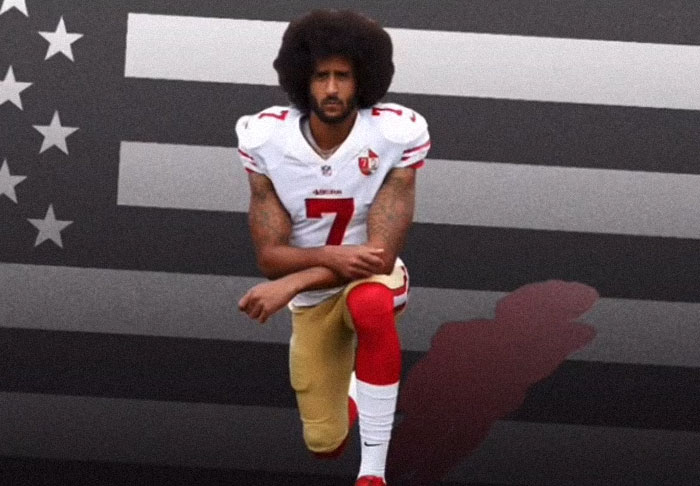 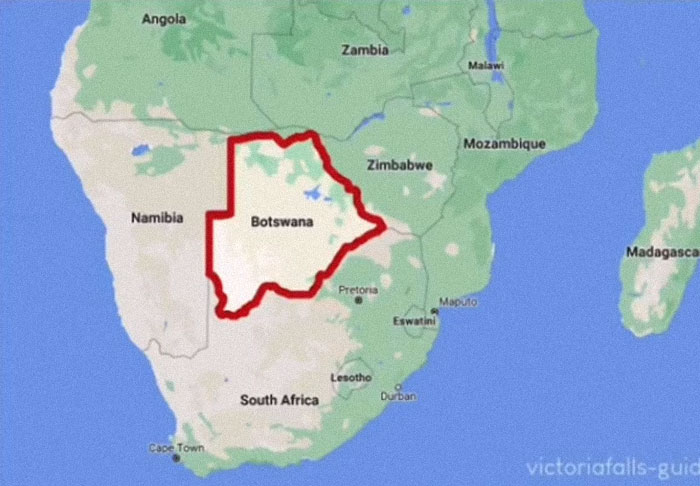 The second reason may have to do with the fact that many expats were dismayed by the U.S. government. The same Greenback survey showed that not only the coronavirus pandemic may have motivated some to stay abroad long term, but that a majority, 60% of respondents, disapproved of the American government’s crisis management. What’s even more shocking is that 85% of expats felt like they were not represented fairly by the government. 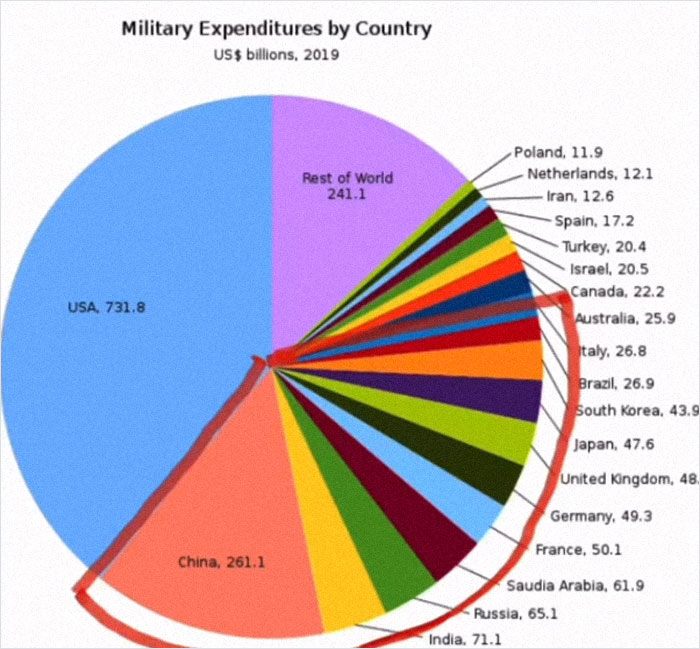 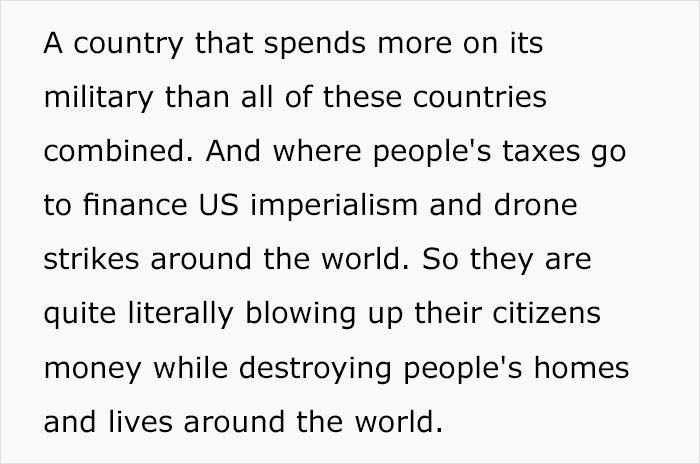 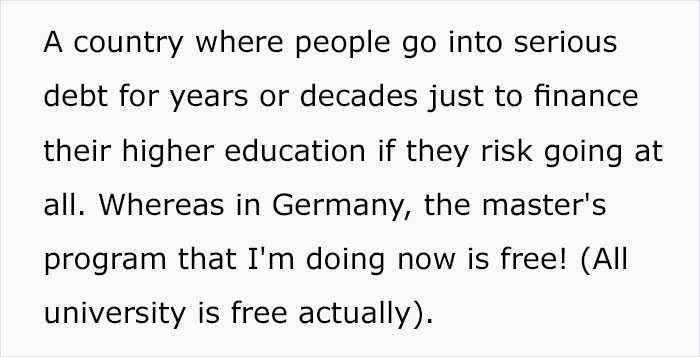 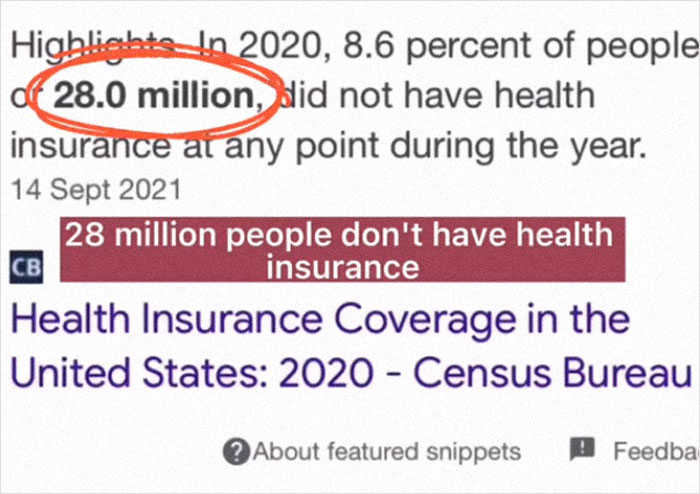 When it comes to reasons why Americans decide to go abroad, it turns out they have to do more with lifestyle and its quality rather than work or career opportunities. According to The Future of Working Abroad report, Americans are inclined to move abroad for love and seek out adventure in the first place.
In a survey of 8,313 working expats living in 175 destinations, just 36% of Americans said their primary reason for moving abroad was related to their job, compared with 47% of global expats who gave the same reason. 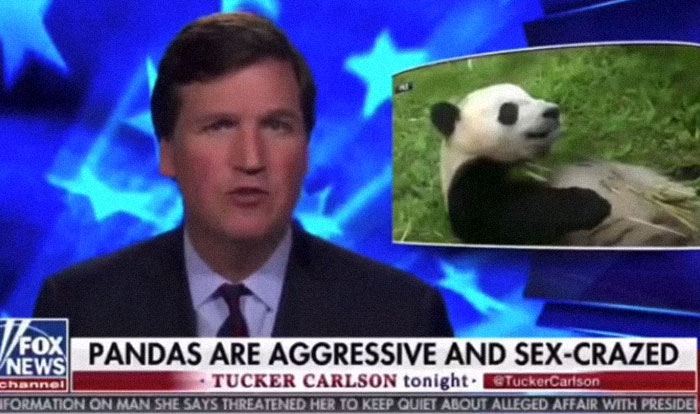 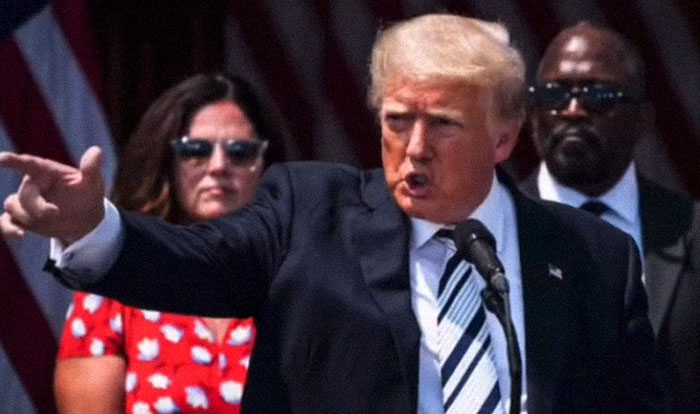 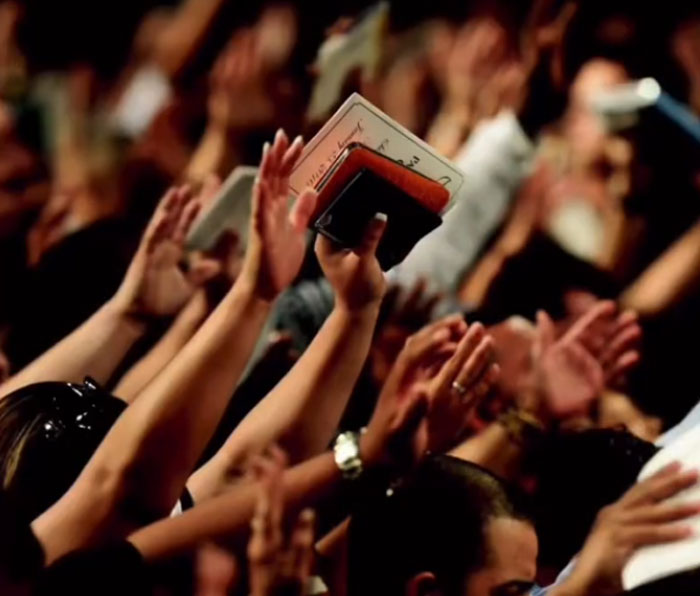 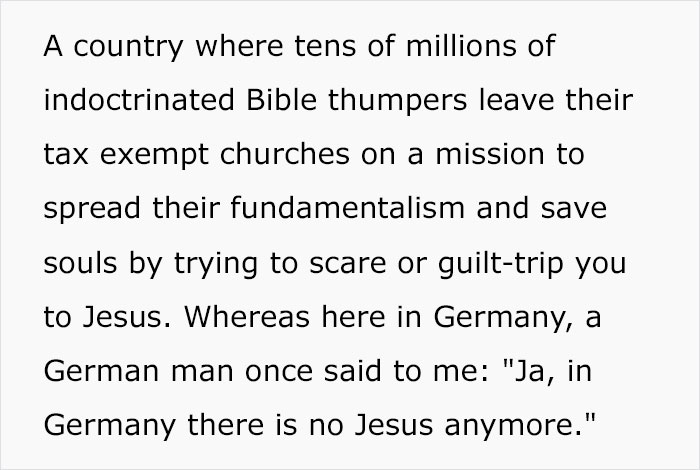 Having said that, a better work-life balance abroad is also a huge motivation for leaving the US. A recent Gallup report found that American workers are among the most stressed employees in the world, with rates of daily stress, worry, sadness and anger trending upward since 2009 and made worse during the pandemic. Expats who work in the US think their own work-life balance is worse (29% negative) than those of expats working anywhere else (16% negative), according to the Internations report. 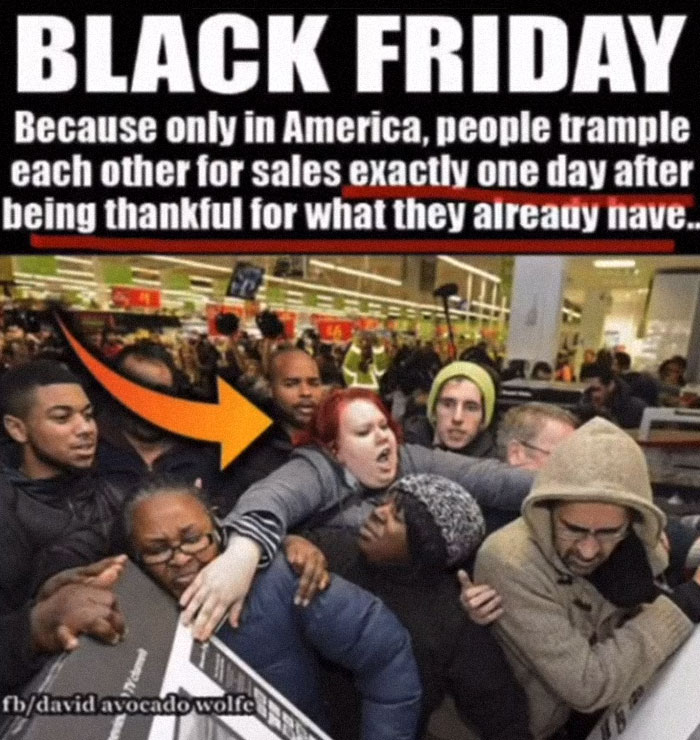 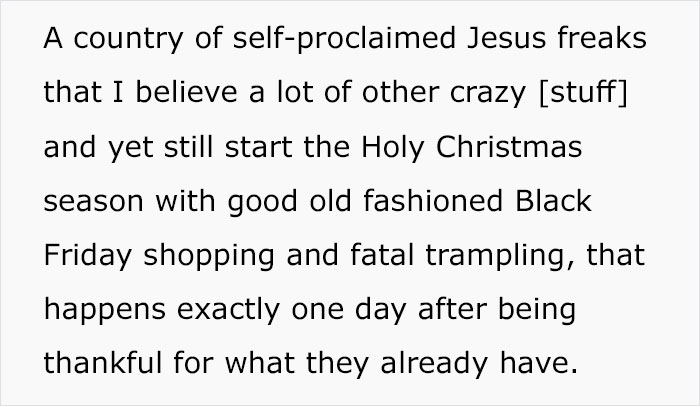 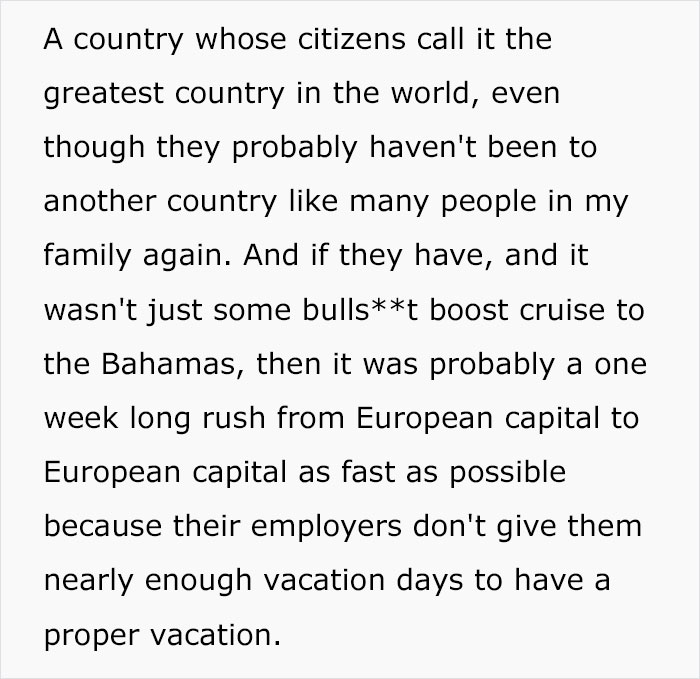 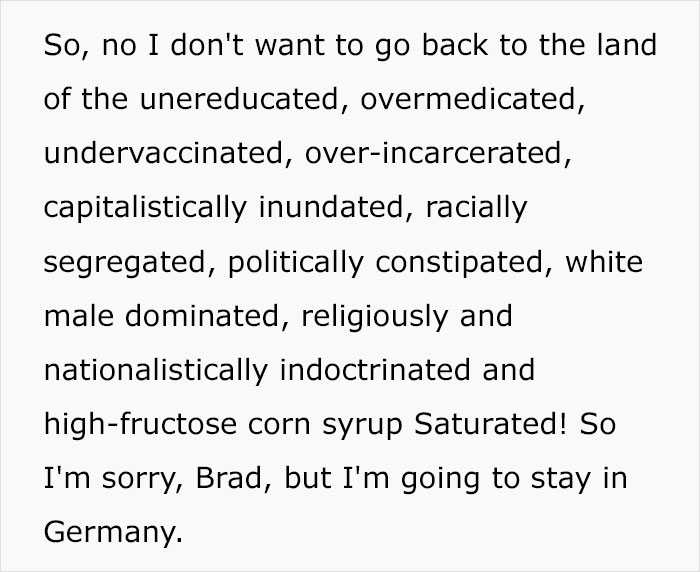 And this is what other people commented

The post American Living In Germany Shares Why He Doesn’t Want To Go Back In A Viral TikTok first appeared on Bored Panda.