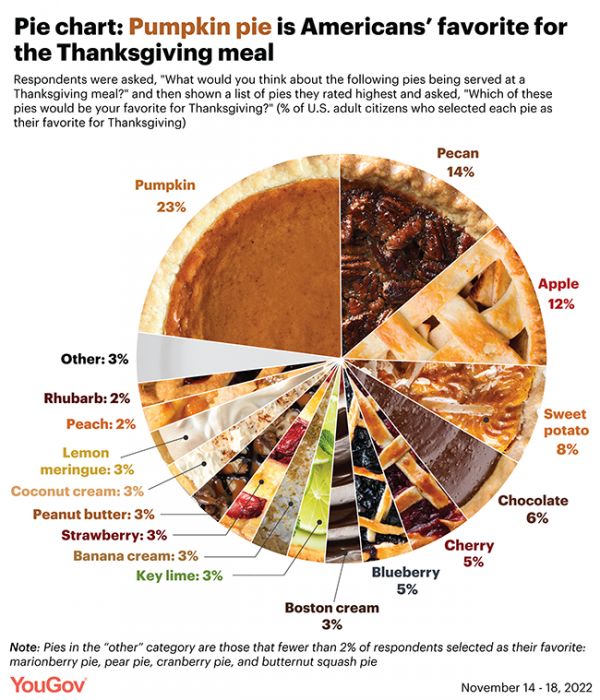 A poll taken by YouGov tells us some of what we already know: Americans’ favorite pie for Thanksgiving is pumpkin pie (followed by pecan, apple, and sweet potato). However, the devil is in the details. If you asked people about their favorite pie for the Fourth of July, few would select pumpkin. It’s a traditional thing. The results showed that most people would enjoy any of the top-ranked Thanksgiving pies. In fact, 82% of Americans would really like an apple pie for Thanksgiving. Apple may not be their favorite overall, but it is a good pie to the most people.

I am an outlier. I used to make mincemeat pie for both Thanksgiving and Christmas, since mincemeat is sometimes available early enough. However, since I always ended up eating the whole thing myself, I am now limiting it to Christmas only. No one needs to eat two whole pies by themselves in a month’s time. Mincemeat didn’t even show up in the “other” category. Maybe it would be more popular if we renamed it cinnamon pie. -via Digg