In pre-industrial times, your work schedule was pretty simple: You started work when it was bright enough to see, and quit for the day when it was too dark to see.

The invention of railroads hastened the uptake of clocks and watches, as trains needed to leave at times more precise than dawn, noon or sunset. Clocks were important at factories, too, which had rigid (and often punishing) schedules. But with some factories employing hundreds or thousands of workers, how could a manager expect to keep track of all of their arrival and departure times?

Initially, there was a sort of Factory Narc whose job was to write down when each employee showed up and departed. But these human timekeepers could be sweet-talked, lied to or threatened. Better to have an unfeeling machine that could do the job. Hence in 1888, inventor Alexander Dey patented the dial time recorder—the first ever punch-in, punch-out clock, though it was the size of a piece of furniture. 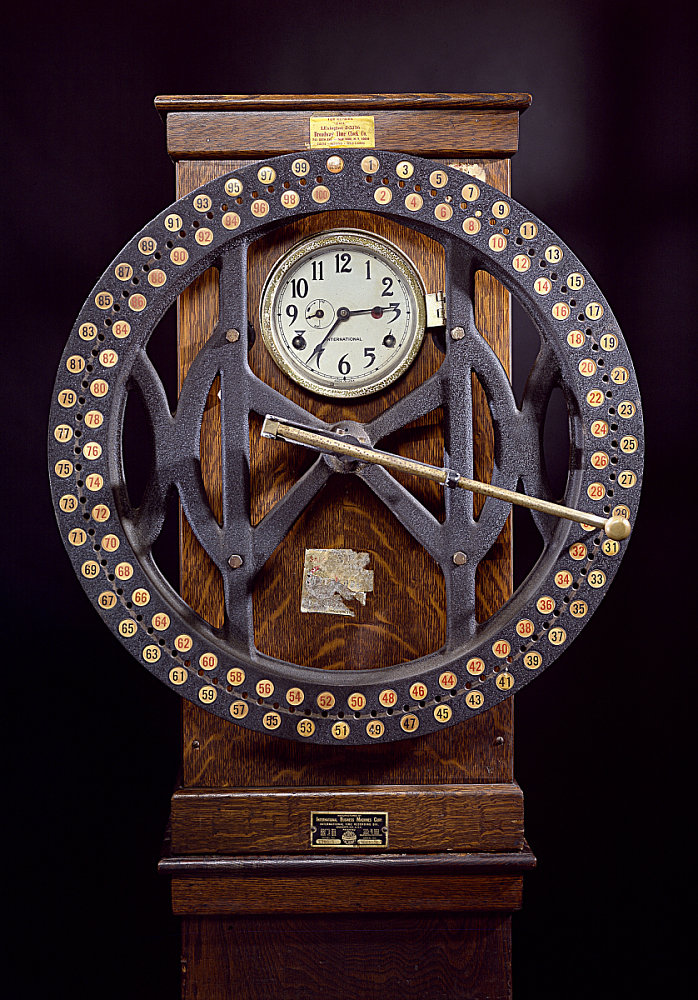 Here’s how it worked, according to the Smithsonian:

“[The device] could furnish a daily or weekly record of up to 150 employees…. The dial time recorder was essentially a spring-driven clock with a cast-iron wheel affixed to its dial side. The rim of the wheel was perforated with numbered holes. As employees pressed a rotating pointer into the hole at their assigned number, the machine recorded the time on a preprinted sheet and rang a bell with each punch. A two-color ribbon printed all regular time in green and all tardiness, early departures, and overtime in red.” 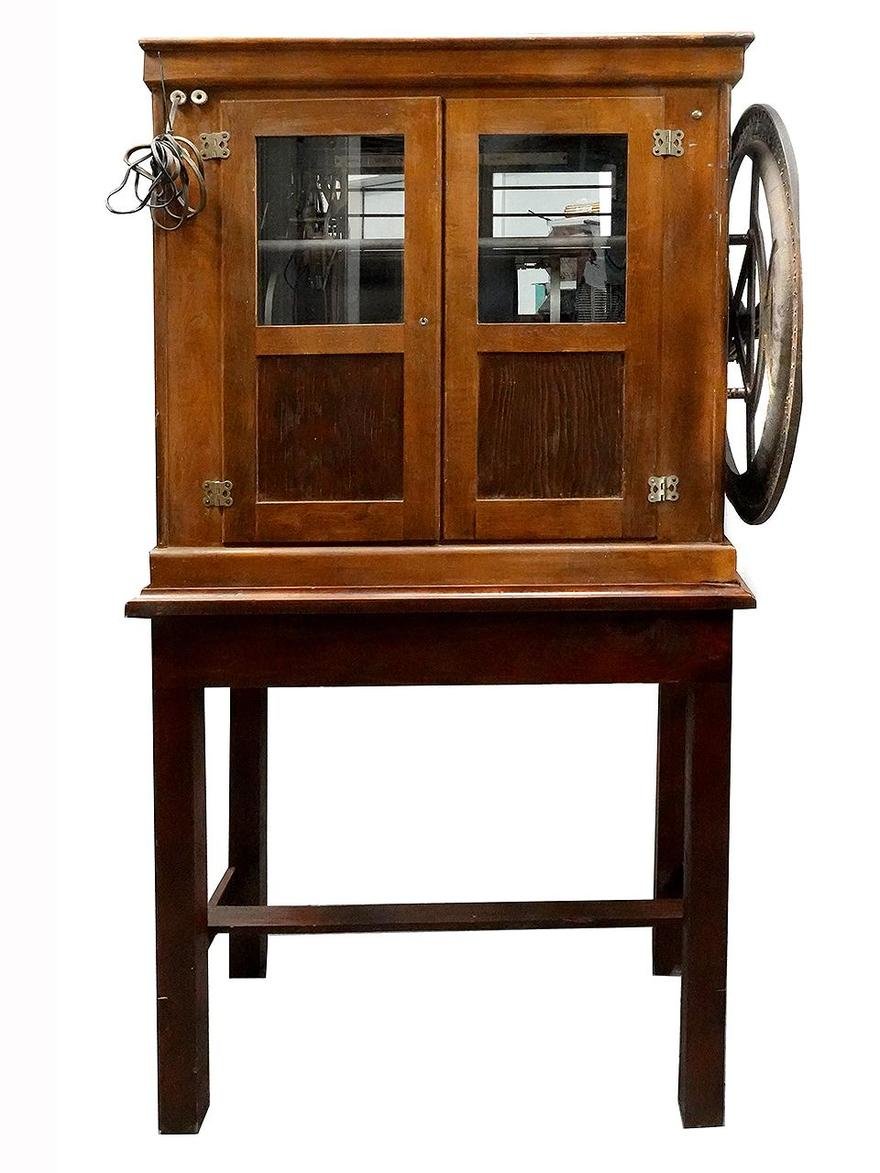 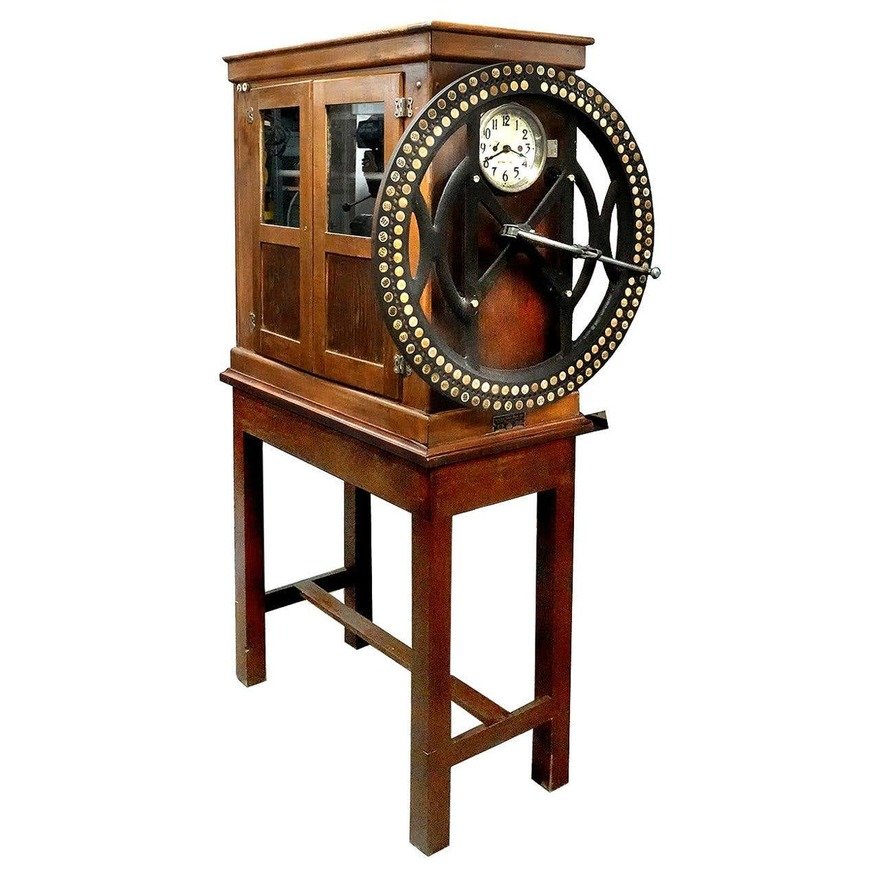 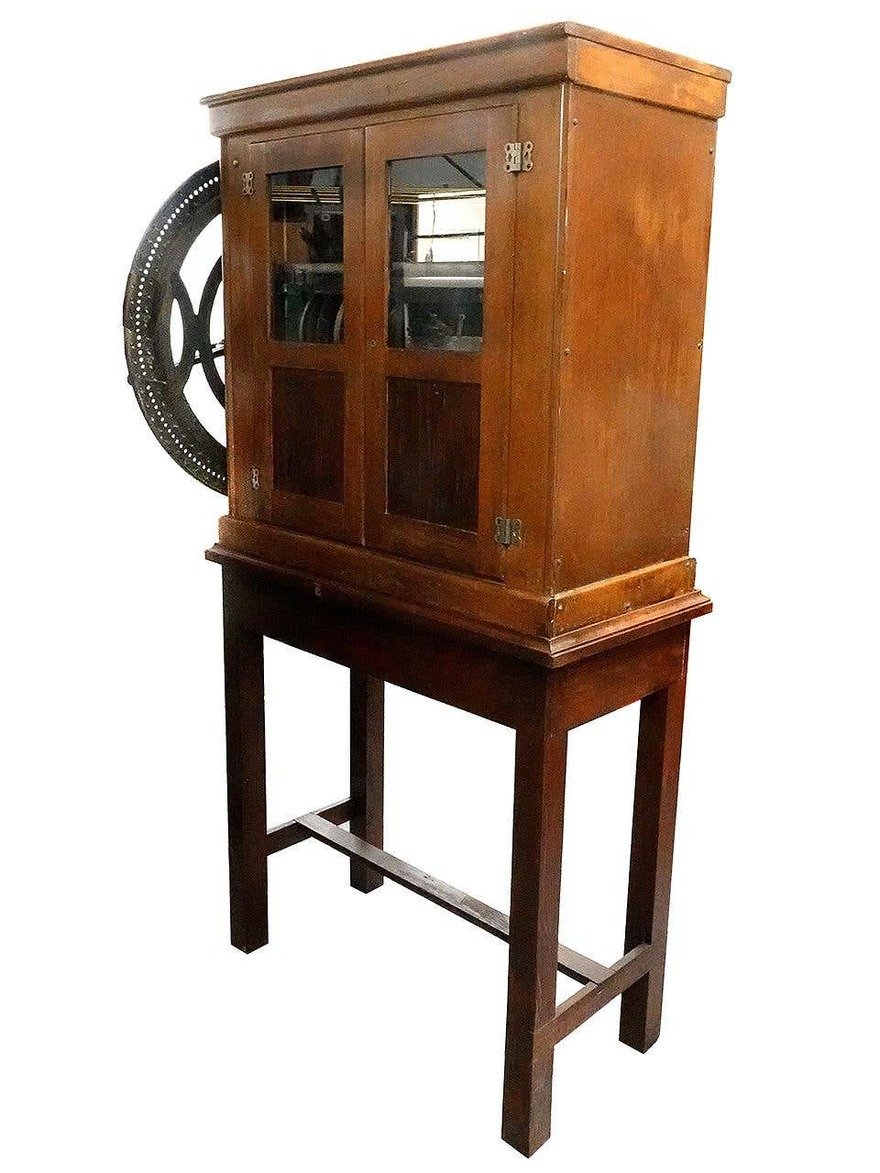 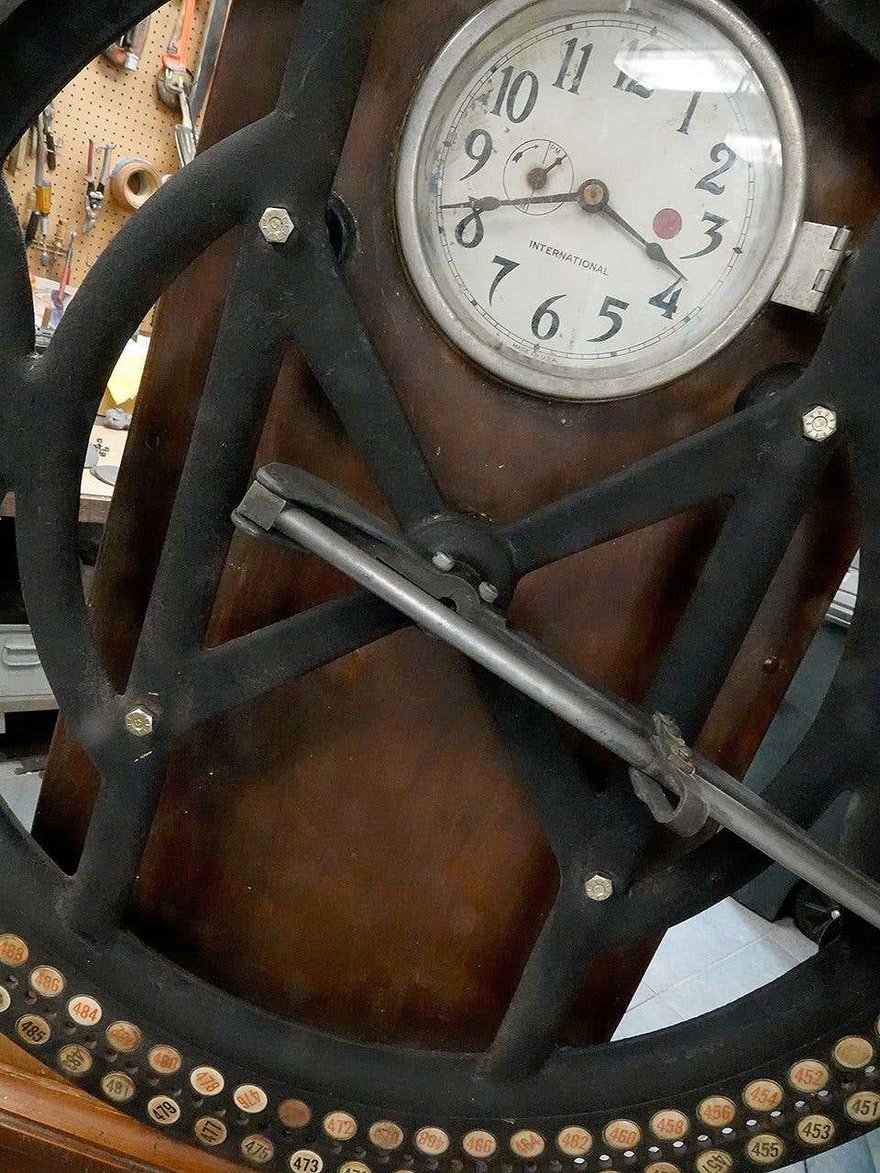 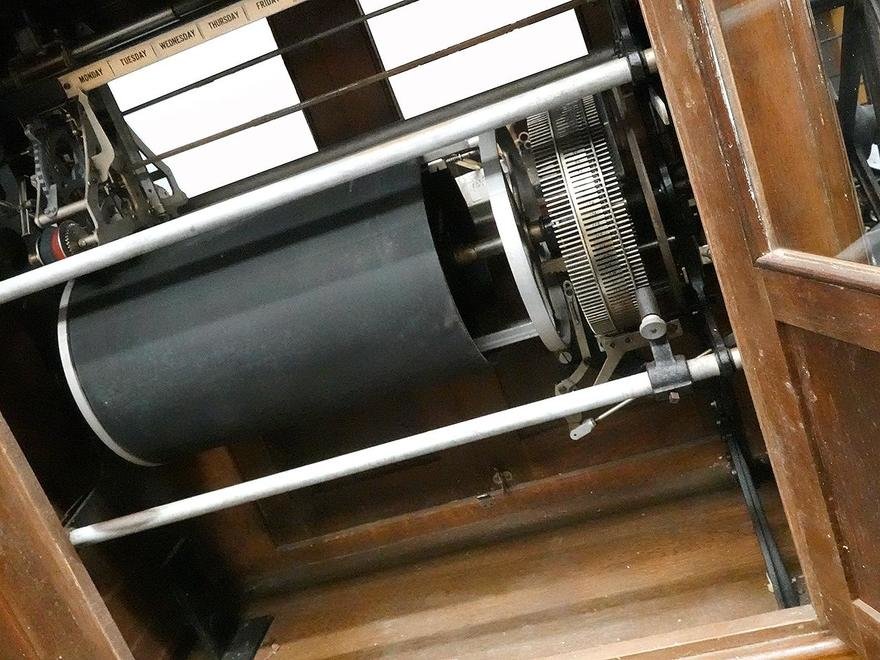 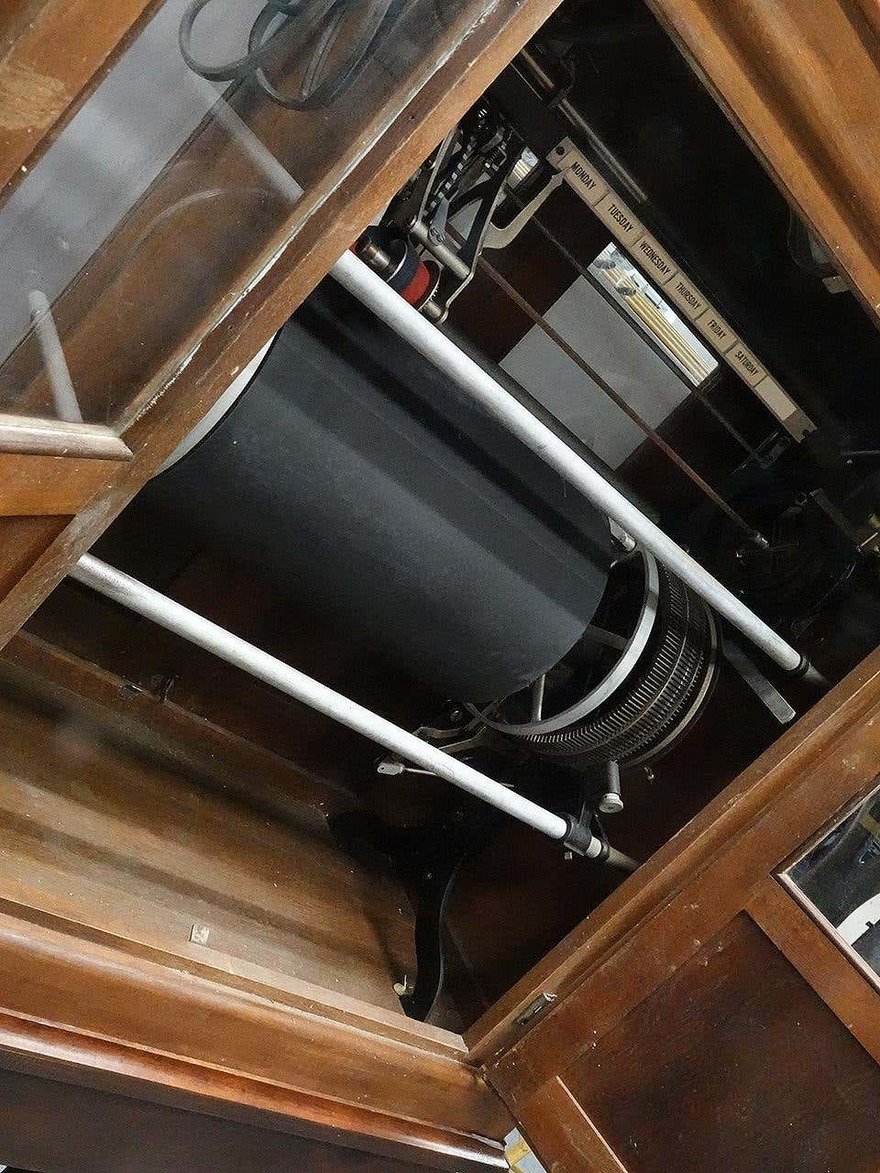 The machines became popular in the early 20th Century, produced by the International Time Recording Company, which got its start in 1900. Twenty-four years later, that company changed its name to the International Business Machine Corporation, which today we know as IBM.