When the New York band, Suicide, arrived on the scene in the early 70s, audiences were rather confounded by their mixture of confrontational music, performance, and sound art. And while Suicide was reshaping the musical landscape, the duo’s frontman, Alan Vega, was creating artwork, as he had in the 60s before the band coalesced. A selection of Vega’s work is now on display at two new shows, one at Deitch Projects, and the other at Invisible-Exports. Vega, like David Bowie, was working art and music during the last year of his life, and operating beneath the cultural radar, much like pioneering New York street artist Richard Hambleton. 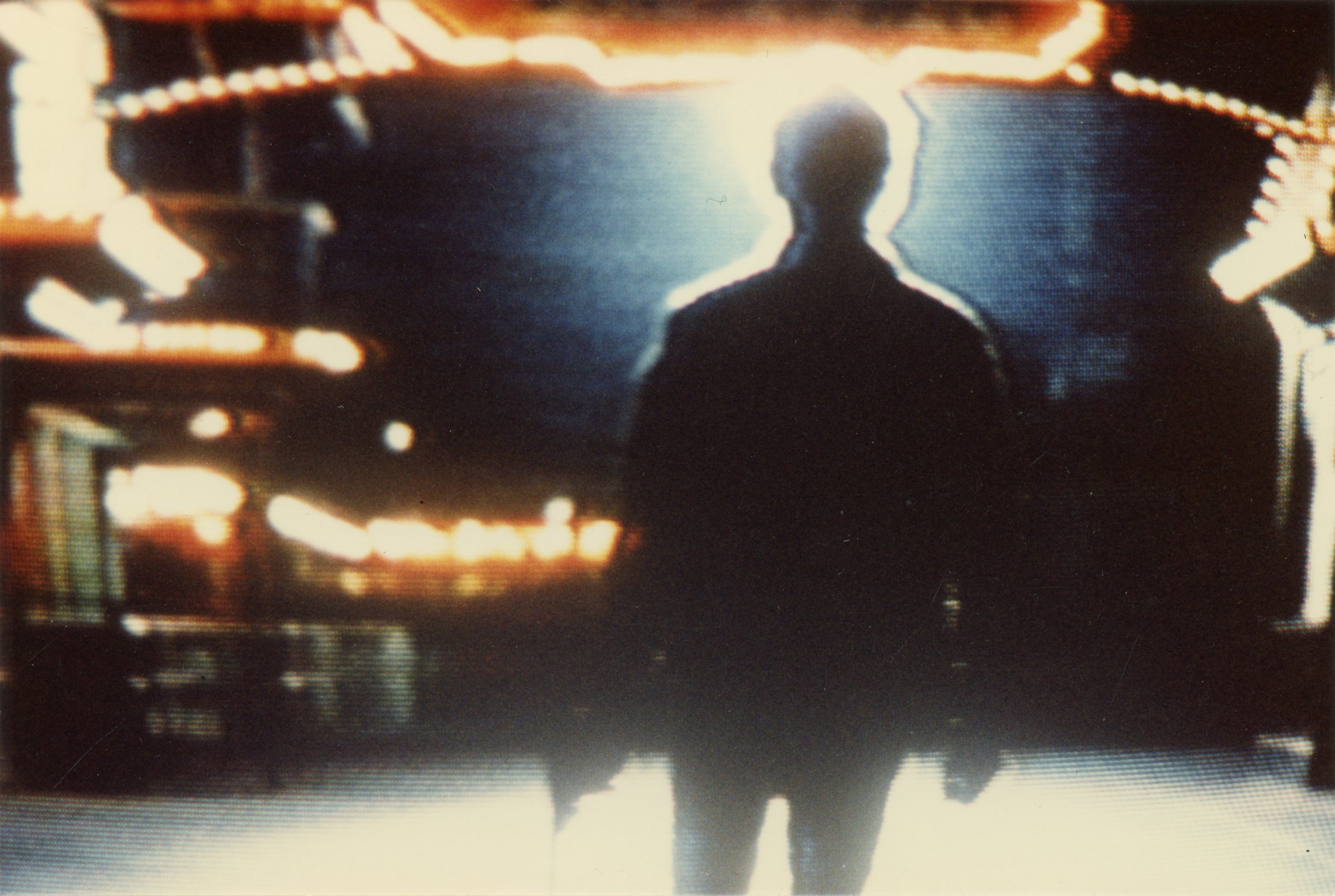 The Deitch Projects show, Dream Baby Dream, features video projections of Suicide performances, as well select light sculptures and works on paper from the 1970s onward. Invisible-Exports’ exhibition, Keep IT Alive, features seven large-scale paintings that Vega completed just before his passing. The dueling shows coincide with the release of a new posthumous album, It, out July 14th via FADER. The vinyl release—designed by Albert Porto—features a special gatefold that includes never-before-seen drawings and photos of Vega’s sculptures. The single, “DTM,” is vintage Vega—abrasive but catchy—and comes with a new music video directed by Brook Linder. 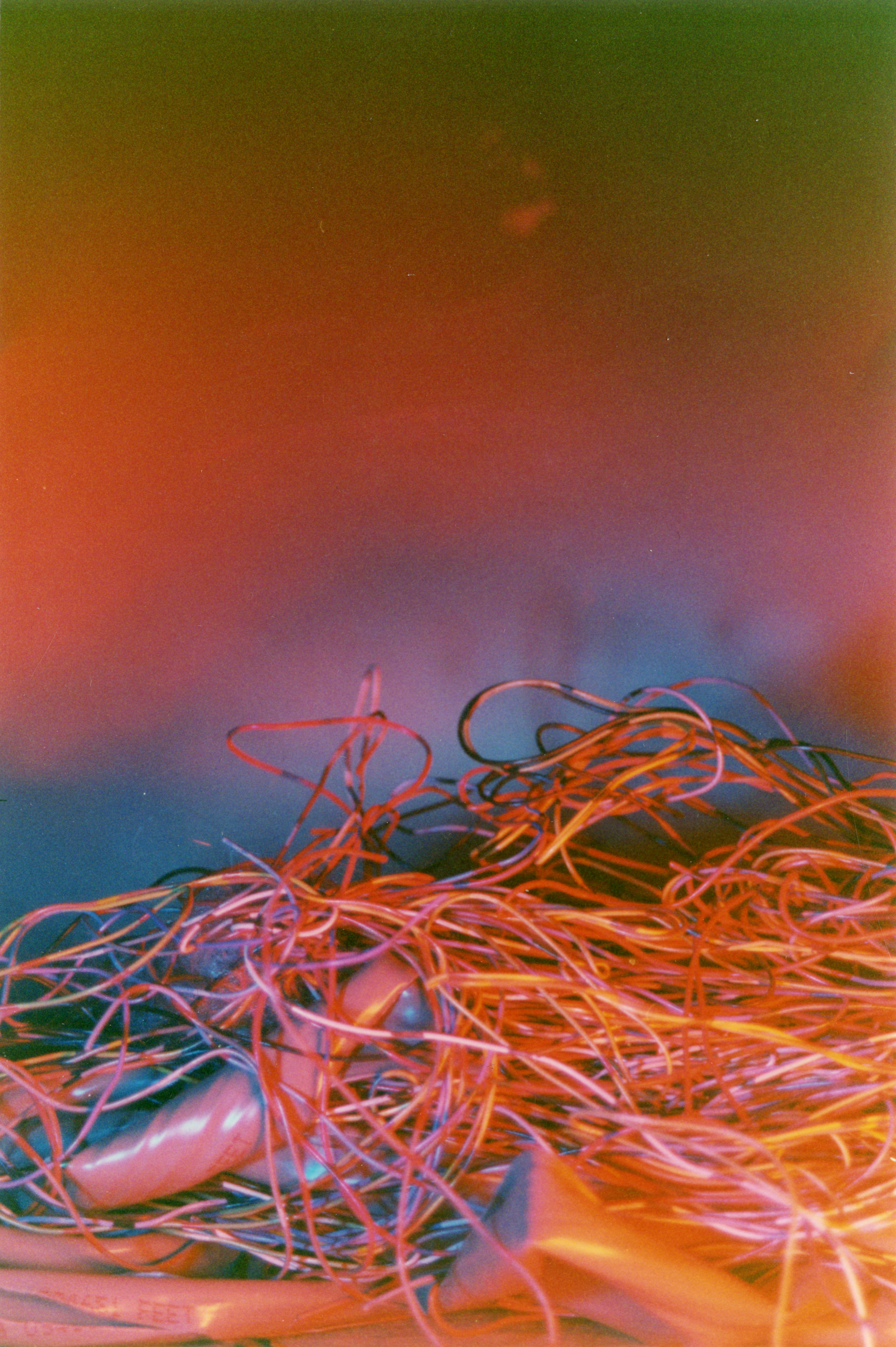 Vega’s widow, Liz Lamere, tells Creators that the new album occupied the last six years of the artist and musician’s life. Its long gestation period had as much to do with Vega’s frequent art exhibitions and musical performances in Europe as his penchant for creating music spontaneously without expectations.

Originally, Vega had planned on being a physicist, but a chance encounter with surrealist artist Kurt Seligmann, who saw Vega doodling in a notebook at Brooklyn College, convinced him to take up art. Vega ended up studying under both Seligmann and Ad Reinhardt at Brooklyn College, with his early work done in paint. After seeing how the colors in his paintings shifted depending on the angle of light, however, Vega decided to he wanted to make light sculptures instead. 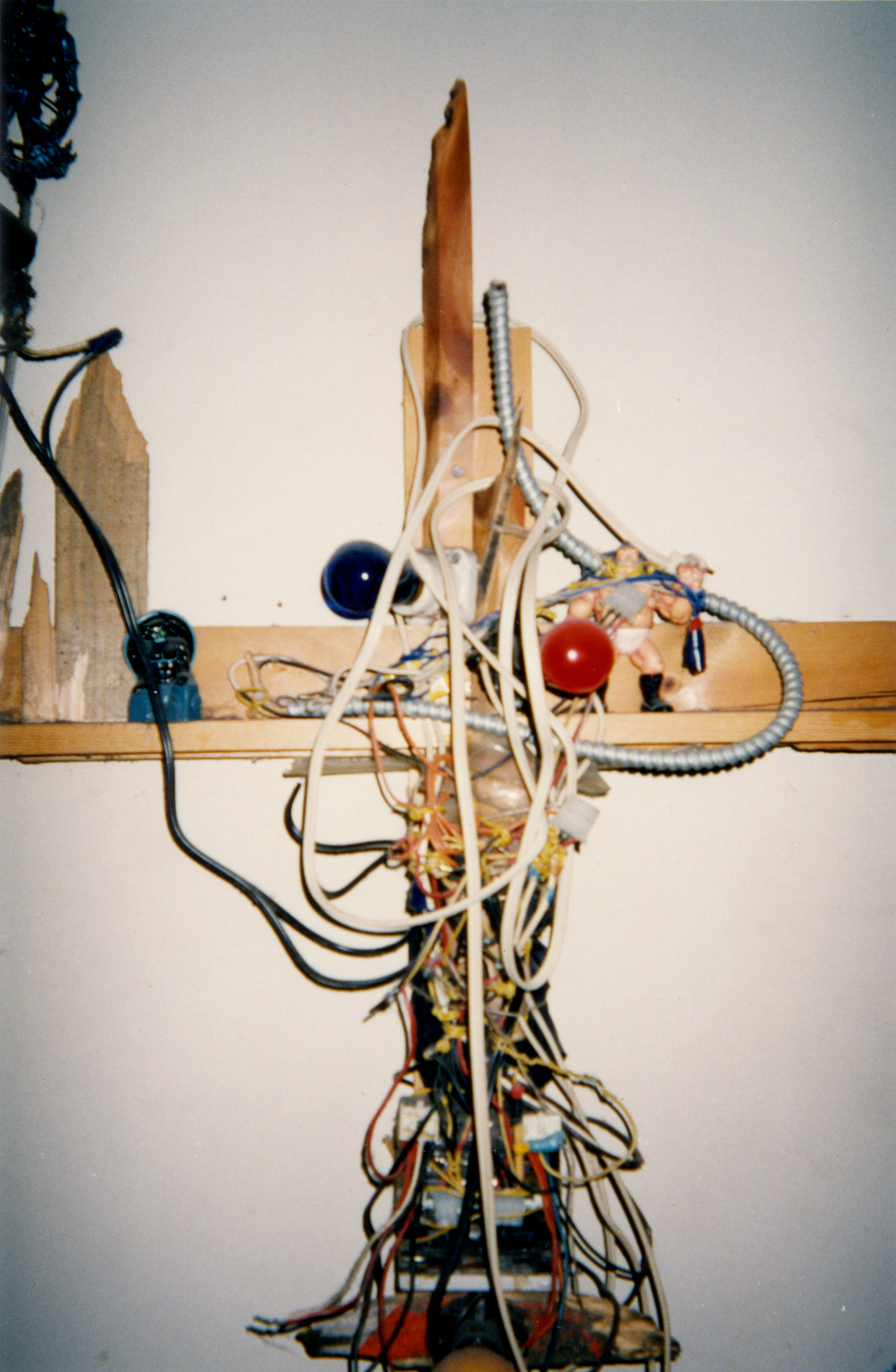 Vega made many of these light sculptures at the Project of Living Artists, an art space he opened with public funding in Lower Manhattan. It was, as Lamere explains, a place where artists could come and simply create.

“Alan was making these light sculptures and pulling materials off the streets to make them,” says Lamere. “Ivan Karp, who discovered Andy Warhol and had the OK Harris gallery, stumbles into the Project of Living Artists in the early 70s, sees Alan’s creations—these piles of wires and lights on the floor—and says, ‘I love what you’re doing and I want to give you a show.’ Alan was just doing it to do it. Ivan asked if he could have it ready in three weeks, and Alan was like, ‘Sure, why not?'”

It was at Project of Living Artists where Vega met and began his collaboration with Suicide bandmate Martin Rev, a jazz virtuoso who was already working with electronic equipment. Their first shows were at art galleries because music venue bookers thought the duo was crazy. As Vega and Rev were putting out Suicide records in the late 70s, art dealer Barbara Gladstone came across Vega’s floor pieces, telling him that if he put them up on walls that she might be able to sell them.

“So, in the early 80s Alan started doing these crosses, and continued those until 2016,” says Lamere. “The cross was very much a universal theme for him, and then very often images of cultural icons like boxers, like Mike Tyson, Clint Eastwood, Marilyn Monroe, comic book characters, stuff he found on the street, things he pulled out of magazines. He’d combine this with lights, wires, and wood.”

At night, Vega drew portraits depicting intense faces that tended to be of elderly people, drawn on lottery tickets, which he was fond of buying. Vega told Lamere they were self-portraits, but she also describes them as depictions of the “everyman.” These drawings inspired Vega’s writing, which he also did nightly, and appear collaged on the special vinyl gatefold for It.

“Alan’s very final work—the seven paintings at Invisible-Exports—are like the portrait drawings except their full body but without faces,” Lamere notes. “But, they’re from different periods of time: there is someone from medieval times, there is a military guy—he was obsessed with them. The exhibitions are a nice cross-section of his work.” 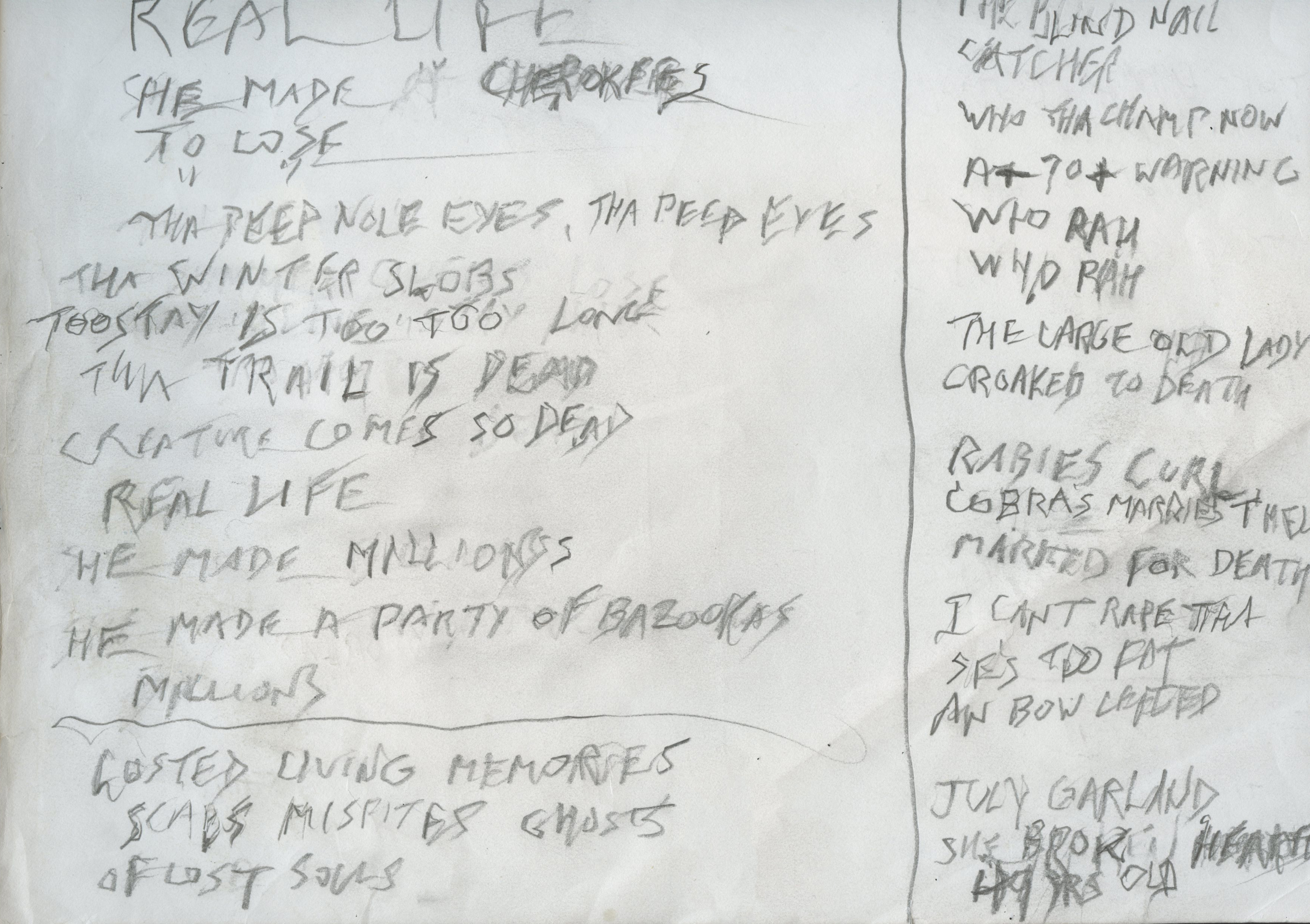 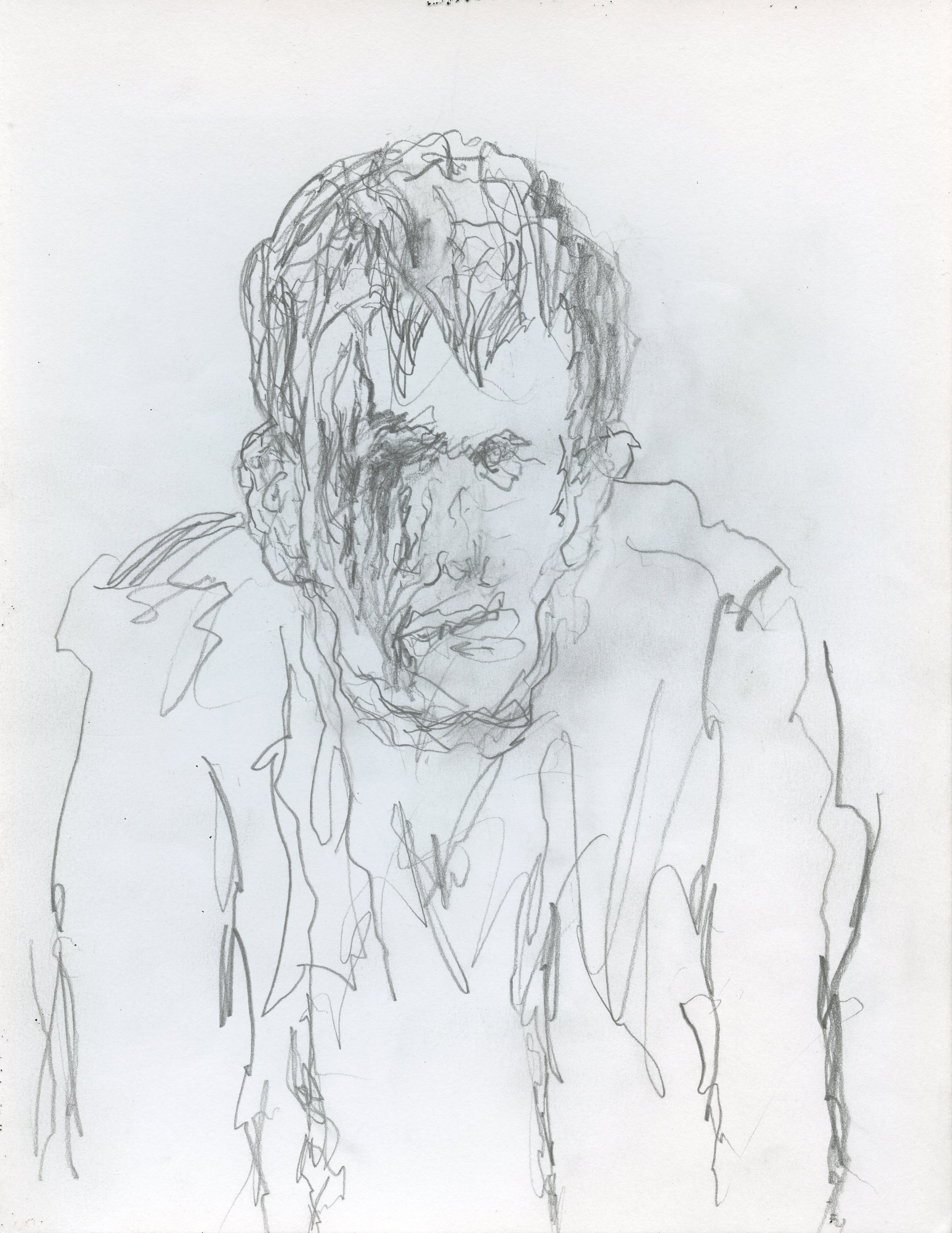 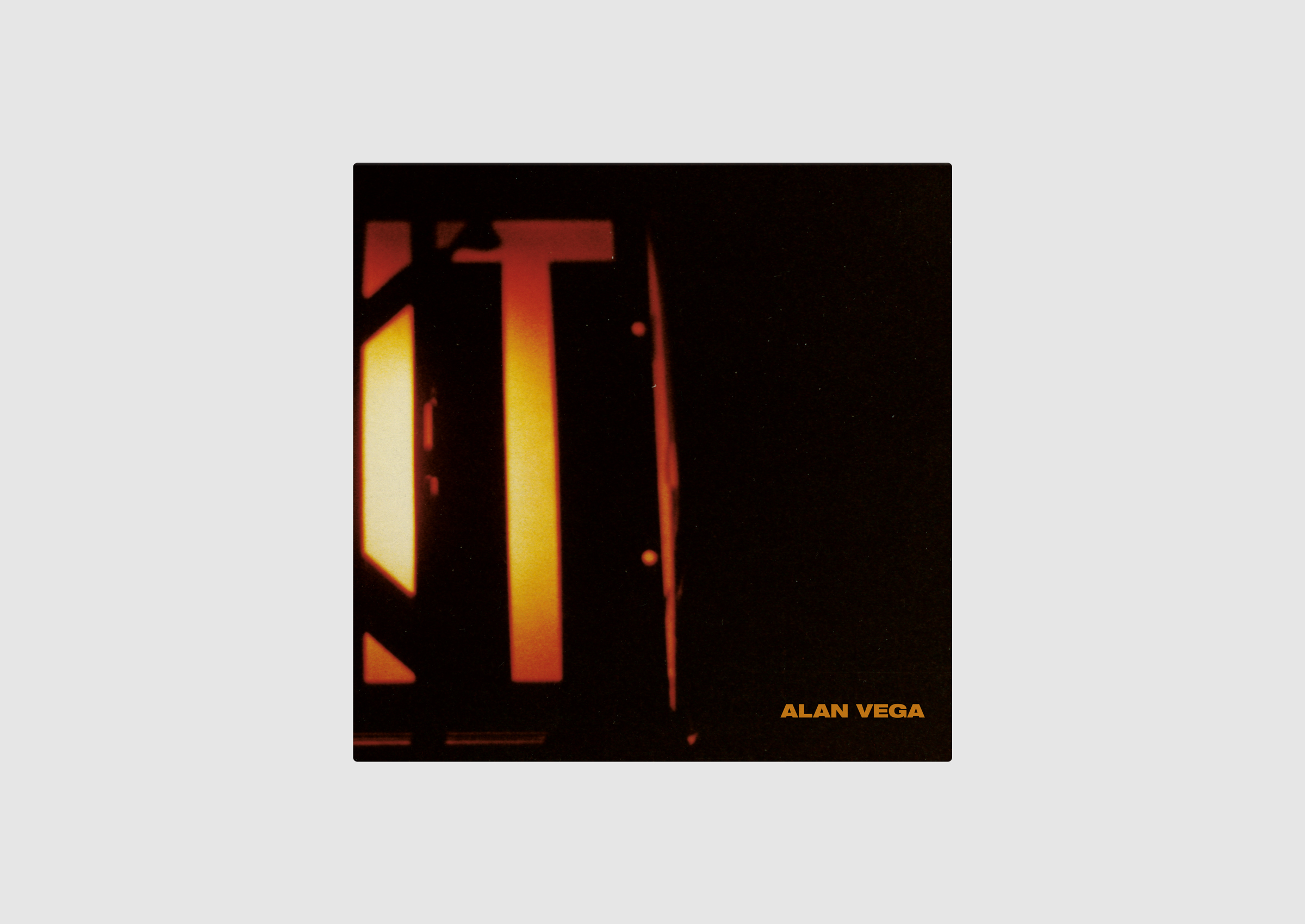 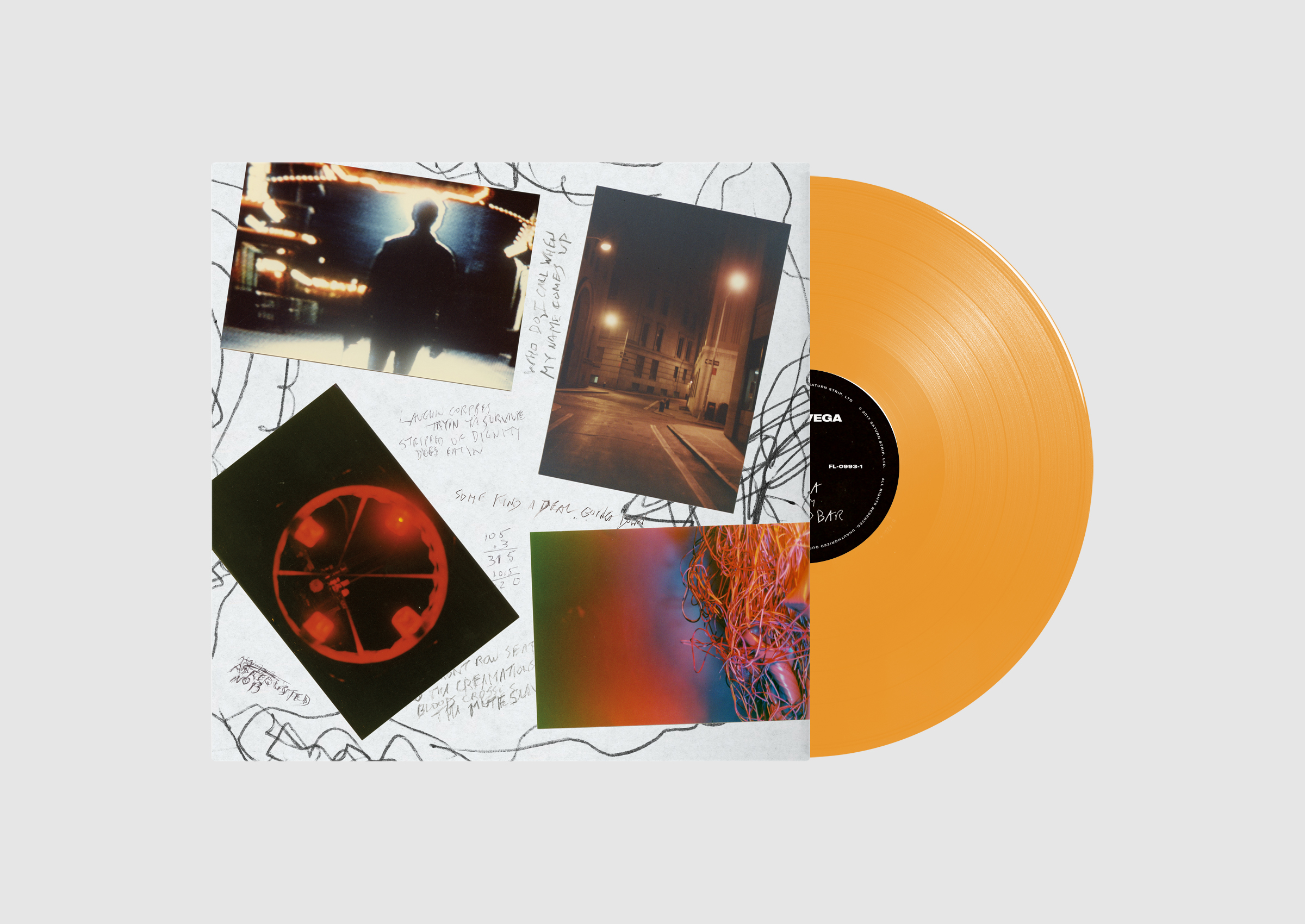 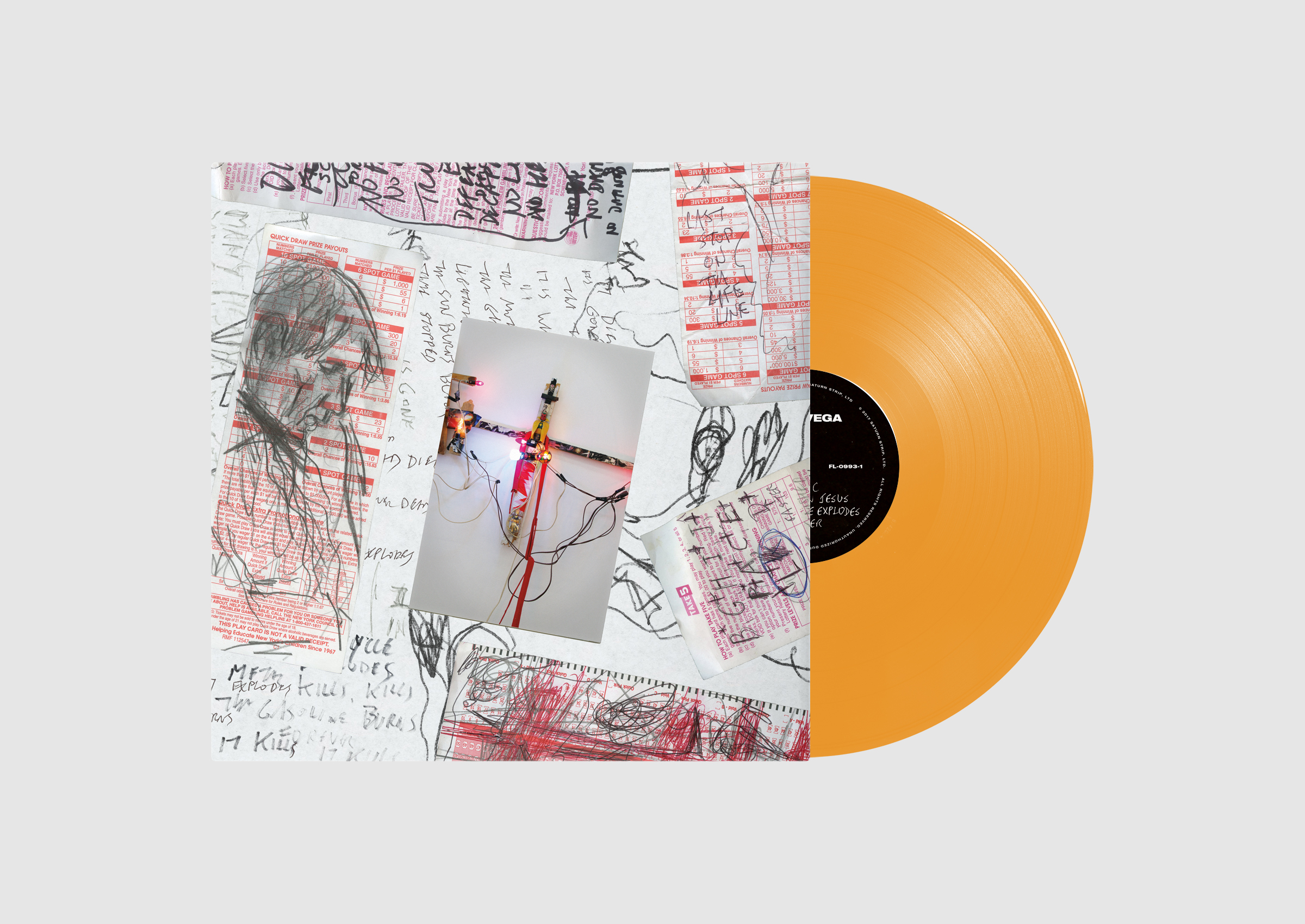 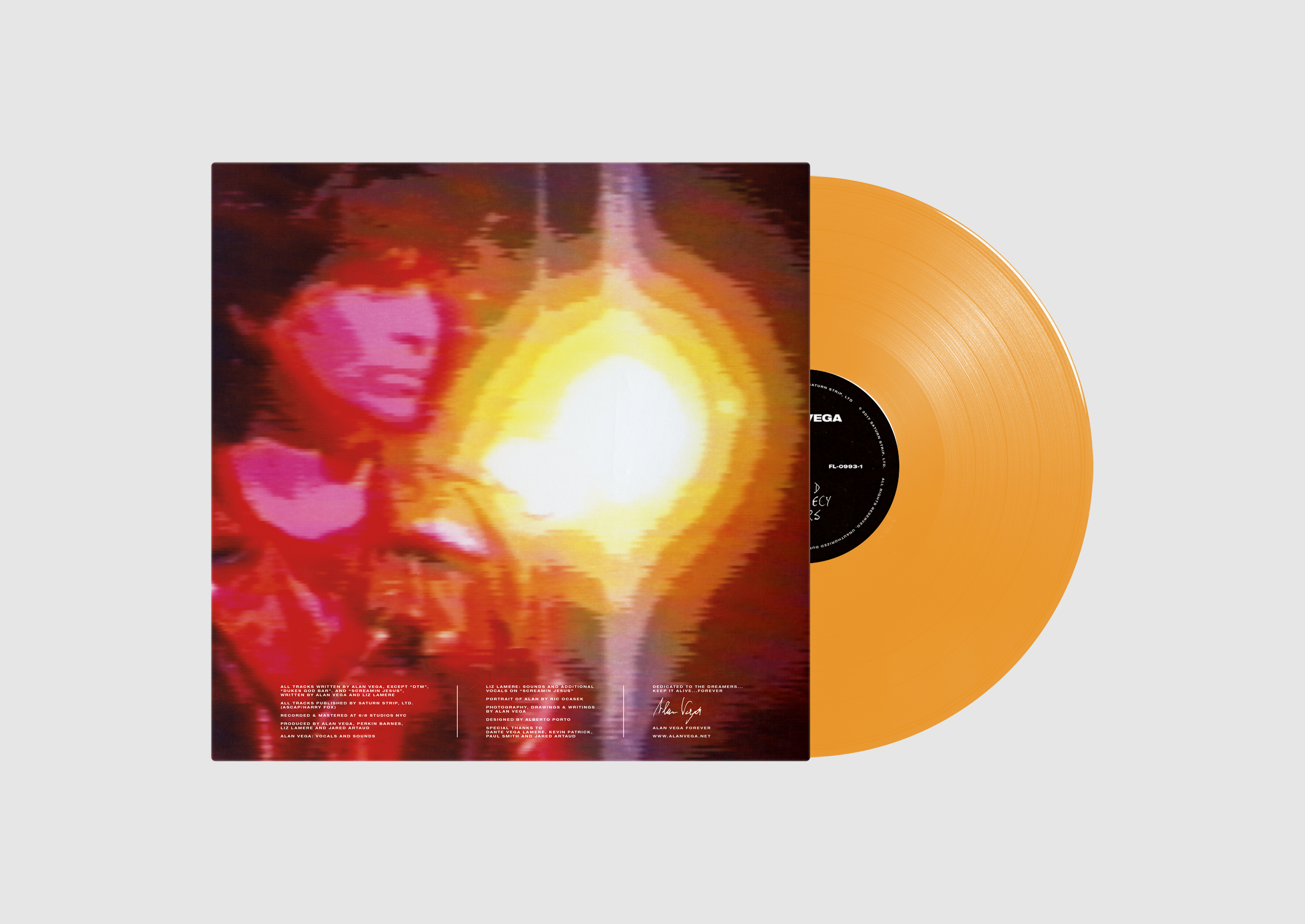 Dream Baby Dream will run at Jeffrey Deitch until this September, while Keep IT Alive will be exhibited until July 29th at Invisible-Exports. Click here to pre-order Alan Vega’s It.

Before Banksy and Basquiat, There Was Shadowman