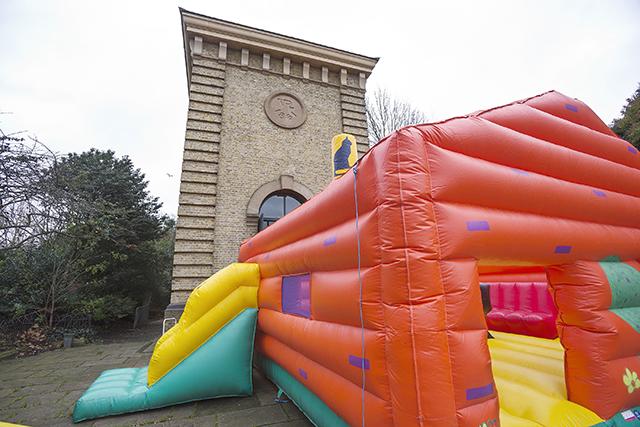 Detail from The Committee project, Pilvi Takala, 2013-2017. All photos by Eoin Carey, courtesy of the artist and Pump House Gallery

Taking interactive art to new heights (literally), artist Pilvi Takala‘s ongoing solo exhibition at London’s Pump House Gallery incorporates a fully functional bounce house as its main attraction. But Five Star Bouncy House is more than just a nostalgic rehashing of your favorite childhood inflatable structure; the artwork is the result of a socially conscious collaboration between Takala and a group of children from a London youth center, the latter of which not only helped design the work, but technically have ownership over it as well. 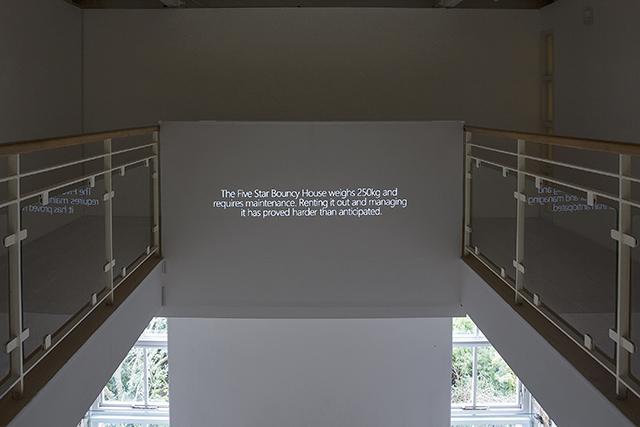 It all began in 2013, when Pilvi Takala was the recipient of the Emdash Award, a £7,000 grant to make a site-specific work for that year’s iteration of Frieze London. Instead of creating something ephemeral, only be viewable by upper-echelon fairgoers and only for a limited amount of time, Takala had further ambitions. 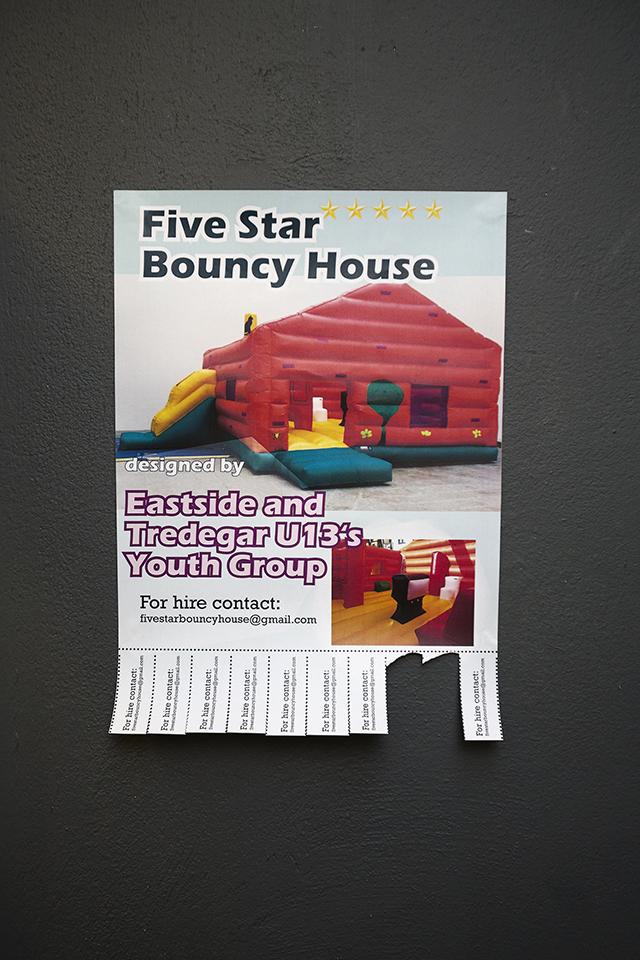 “The prize money is meant to go towards creating a site-specific piece for the Frieze fair, which to me seemed too limited a context to make work for. So, I chose a conceptual gesture that both works in the context of Frieze, but also makes sure the value is created completely outside of the fair,” the artist tells The Creators Project. 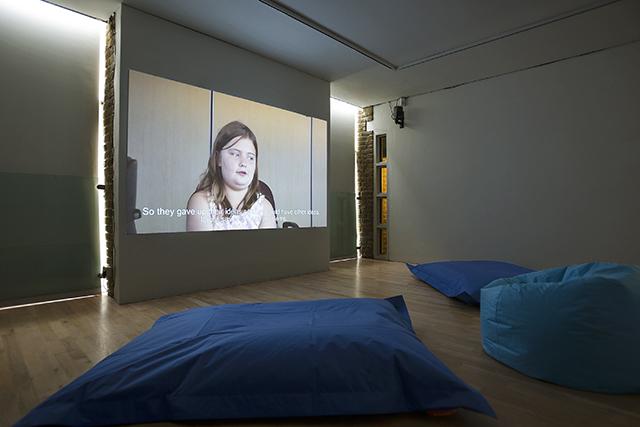 The conceptual gesture Takala refers to is an invitation she extended to a group of pre-teens from a youth center in Bow, London to use the prize money in any way they desired. “I’m interested in social behavior and how we create common rules, so I thought allocating the money this way and following the decision-making process would be a good use of the money,” Takala explains. “The context of Frieze allowed the conceptual gesture a platform and publicity. I would get to follow the process and learn and the kids would get the money.” 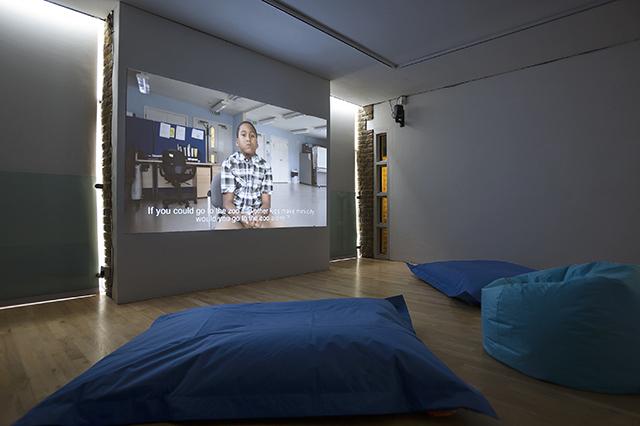 Somewhat surprisingly, the children didn’t squander the money nor did they keep it to themselves (an option Takala had granted them): “This experiment was so exciting because the result was so unpredictable. I didn’t believe the outcome would be the children failing to come to a decision, which was a possibility. They could have also said they don’t want the money or that they didn’t want me to follow their process,” Takala reveals. “I didn’t expect the children to be so capable of working together and expressing the values guiding their decisions.” 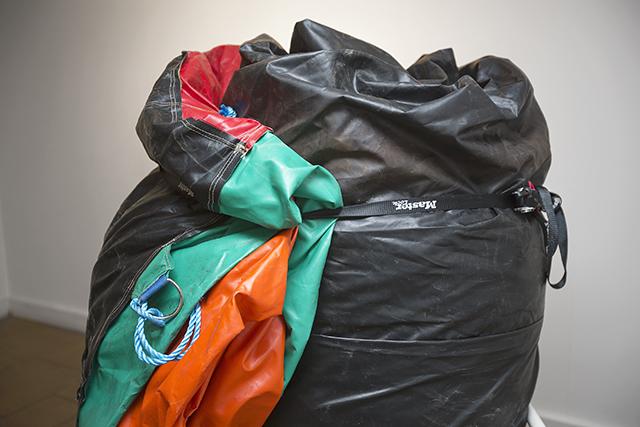 In a rare case where it’s good for the artist to be wrong, Takala most certainly was. Not only did the children hash out a plan, their bounce house cleverly incorporated a fundraising aspect as well. Under the guidance of former youth club manager Martin King, the bounce house has been available for paid rental since its completion in the summer of 2014, with all profit going to their own youth center. As the bounce house is not her own property, Takala is no exception to the rule: her ongoing show at Pump House Gallery marks the second time the artist has rented out Five Star Bouncy House for an exhibition.

The Five Star Bouncy House is available for jumping on weekends (with weather permitting) until March 26th. Unfortunately, Pump House Gallery is closed until further notice due to flooding, so check out their website for an update on the situation before making the trip over. More of Pilvi Takala’s artwork can be viewed here.

An Alien Installation Hides within These Slick, Watery Craters

Rating An Artist Gave Pre-Teens Thousands of Dollars to Do Whatever They Wanted—So They Made a Bounce House is 5.0 / 5 Votes: 1
Please wait...
Loading...
Related articles