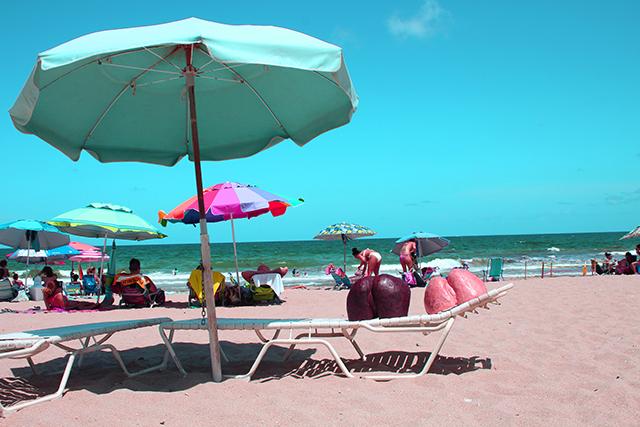 Wax That Ass, Allison Bouganim. Images courtesy of the artist

What do laundromats, bus stops, and supermarkets have in common? Besides being everyday locales, these seemingly innocuous sites are also hotbeds of sexual harassment. Wax That Ass, a project by artist Allison Bouganim, fuses sculpture, photography, and on-site intervention to explore the everyday discomfort felt in public places. 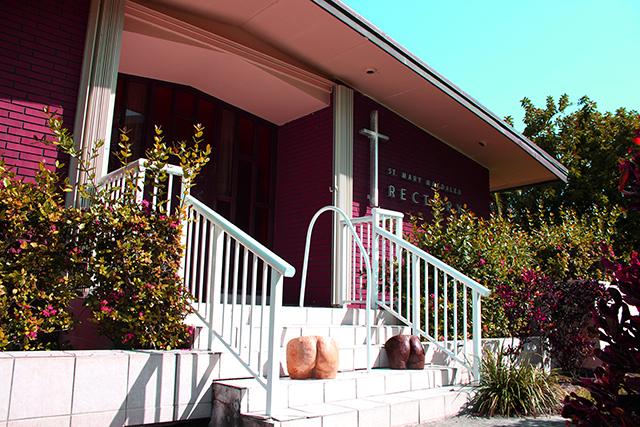 Bouganim began the project by making a series of sculptural butts cast from actual butts. The results were a series of plaster and wax butts (hence the project title, Wax That Ass) in a variety of different shades that seem to represent a spectrum of skin tones. Once these were made, Bouganim went to a series of sites that are not only breeding grounds for sexual harassment, but are also places where the artist herself has been sexually harassed before, to enact the performative aspect of her project. 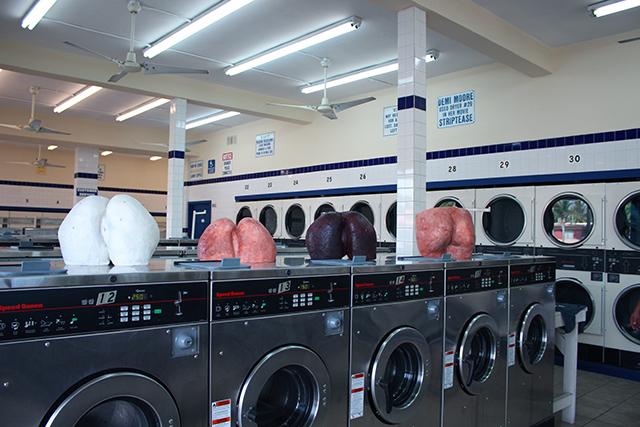 Stopping at the beach, a train station, and even the outside of a church, the artist performed a series of guerrilla-style public interventions, propping up her wax butts and quickly photographing them in these unassuming sites of discomfort before leaving the scene, butts-in-hand. The final result is a series containing 16 photographs of the butts in 10 different locations, essentially miniature monuments to one of humanity’s most degenerate behaviors. 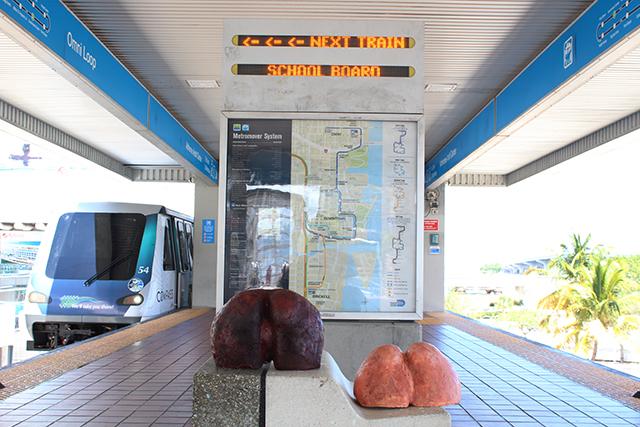 Naturally, the act of carrying enormous wax butts and inserting them in public and commercial places isn’t something everyone is fond of, especially in light of the swept-under-the-rug truth they are representing: “The process was definitely interesting,” Bouganim tells The Creators Project. “When I set the sculptures at the Metrorail, a man saw me carrying a sculpture in each hand started yelling across the station saying ‘You call that art? Ugh! GARBAGE!’ as he walked in the direction opposite from me.” 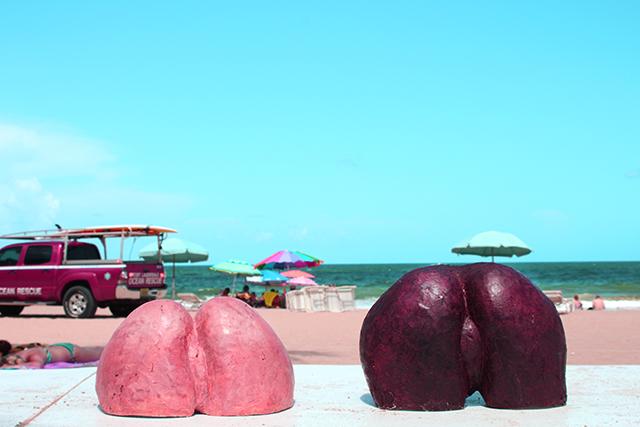 “When I set the sculptures up at that beach, I had a mix of different reactions. There was one woman who thought they were hilarious and left to grab her friends from tanning to interact with them. Other people glared at them and smirked,” the artist adds. “This one family was walking past others interacting with the sculptures and a little boy went to go touch one of the sculptures, and his mom very quickly hit his hand down and rushed him away from the sculptures as if I had subjected their family to some ungodly scene.” 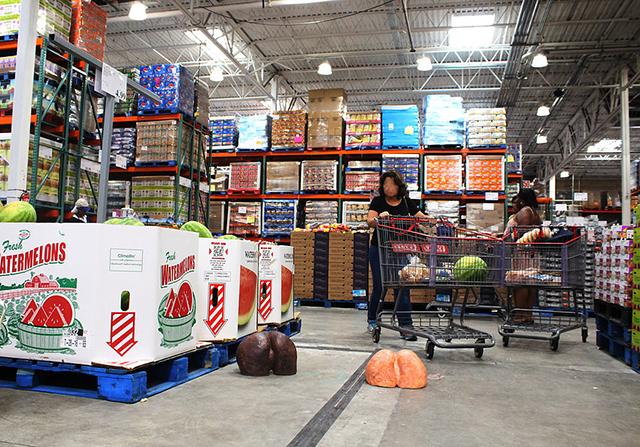 Somewhat surprisingly, the supermarket proved to be the most problematic location for the artist: “On one occasion, I set the sculptures up in a grocery store and took pictures of them in the meat section. I had about 120 seconds to walk in, get to the meat section, place the sculptures, and photograph them before I was thrown out.” “The manager took a photo of my ID, my license plate, and the inside of my car where I put the sculptures, and demanded me to delete the images. He banned me from that store and called other managers in the district to ban me from that particular chain of grocery stores as well. 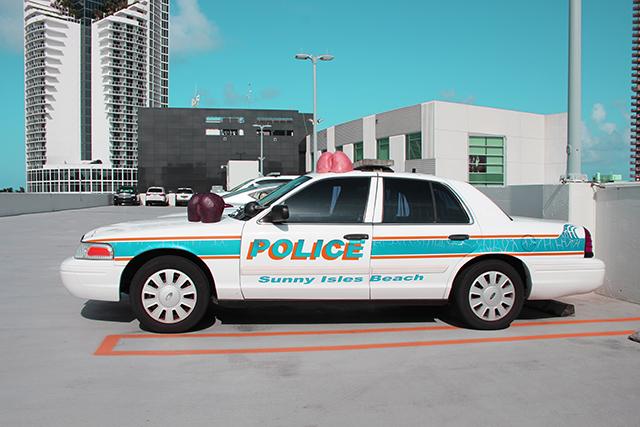 In spite of the struggles Bouganim faced to make her images, the combination of humorous absurdity and poetic politics that the final photographs embody seems well worth the effort. 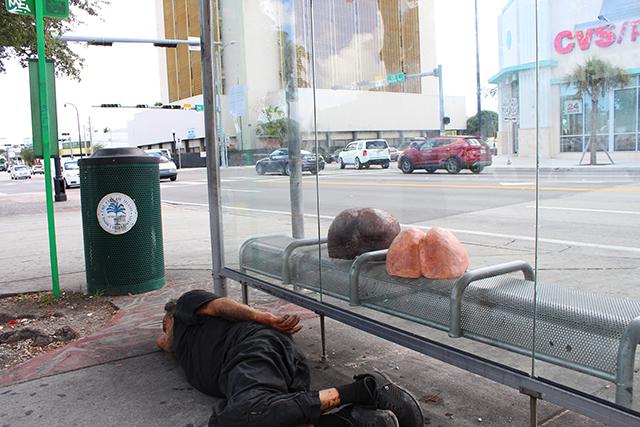 View the full details of Allison Bouganim’s Wax That Ass and other works by the artist on her website.

These CGI Hunks Are Just Bags of Male Tears