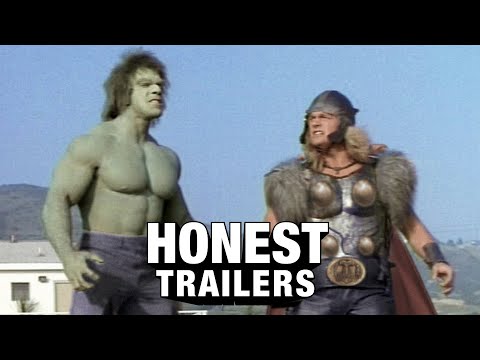 Since Thor: Love and Thunder is in theaters, Screen Junkies has gone back in time to revisit the Marvel superhero’s first film. The name of the movie is really The Incredible Hulk Returns, a made-for-TV film released in 1988. It’s just as cheesy as you might imagine. While we might enjoy looking into the seeds of what would eventually become the Marvel Cinematic Universe with its constant superhero crossovers, all we can think of when watching this is “That’s so 1980s.” You get the idea that the plot would have fit into a one-hour episode of The Incredible Hulk, but that TV series had ended six years before. The Hulk would go on to star in two more made-for-TV movies capitalizing on the earlier series. It would take another 24 years for the Hulk and Thor to appear in a movie together again. This Honest Trailer might make you feel better about Thor: Love and Thunder, which hasn’t lived up to expectations.