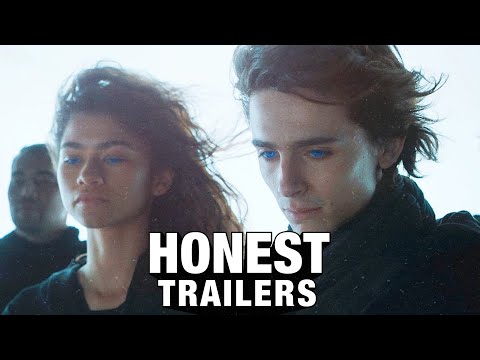 Yeah, I know, we had an Honest Trailer for Dune less than two months ago. But that was for the 1984 movie. If you’re a fan, you have probably already seen the 2021 version in theaters. So has Screen Junkies, and they are here to give us their honest opinion. Spoiler alert: the story is just as complicated as it ever was, but they helpfully explain the basic setup, which is itself rather complex. There are other spoilers, I guess, but nothing that would diminish your enjoyment of the film. Yes, there are comparisons to Star Wars, the Marvel Cinematic Universe, and other space, fantasy, and time travel adventures. And a very large cast to introduce.