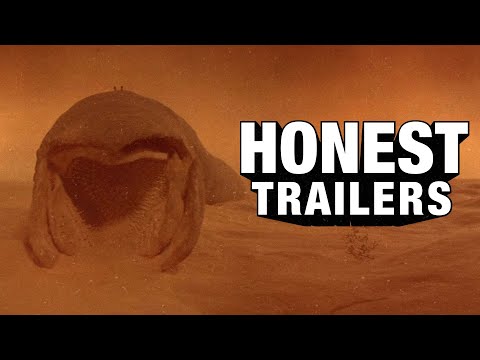 The new movie version of Frank Herbert’s Dune is set to hit theaters on October 22, so it seemed to be a good time for Screen Junkies to revisit the first attempt at turning the sprawling 1965 sci-novel into a film. The 1984 David Lynch version was critically panned and turned out to be a box office failure. However, the disappointment stuck in the consciousness of Gen X so well that another film was inevitable. Anyway, here’s a critique pointing out what was wrong with the first Dune so we can be on the lookout for whether it will be fixed this time. Maybe they’ll do it justice this time around. Stay tuned, in another month or two we’ll have an Honest Trailer for the new Dune.

PS: If you aren’t familiar with Alan Smithee, read this.