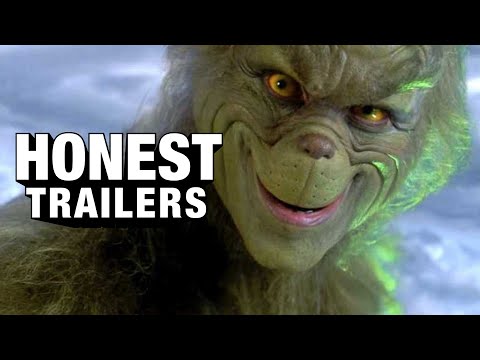 How the Grinch Stole Christmas is a classic Dr. Seuss story first published in 1957. It was made into a Christmas television special in 1966 and two feature films in 2000 and 2018, among other spinoffs featuring the Grinch. This Honest Trailer is about the 2000 film version starring Jim Carrey as the Grinch. It was a huge hit, and probably the most familiar version of the story to the internet generation. As Screen Junkies reveals, this movie was less Dr. Seuss and more Ron Howard and Jim Carrey. The basic story is there, but stretched out to feature length by adding lots of violence and sexual innuendo. Is it really? I’ve never  seen the movie. After watching this Honest Trailer, I don’t have the desire to, either.