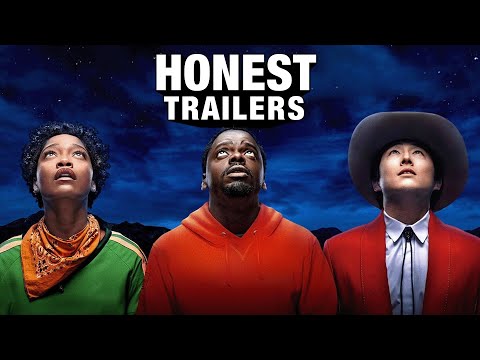 Jordan Peele took the cinema world by storm when he wrote and directed Get Out. He followed that up with Us. Both horror films had a major twists, which viewers, reviewers, and media all tried to keep secret because they added so much to the experience. His third film is Nope, and everyone decided to just not talk about the plot or what it’s about because we figured there would be a twist. But when it was released, they didn’t talk about it because no one understood it even after seeing it. It’s about aliens, apparently. Is it horror? Is it a science fiction film? A Western? This Honest Trailer makes it clear that Nope is all three. The video does contain spoilers, but it can’t really describe the movie in ways we are used to. That doesn’t mean Nope isn’t a good movie. Both reviewers and audiences generally like it as a clever satire full of delightful moments, if not as terrifying as Peele’s first two films. If he keeps switching out our expectations like that while giving audiences a good time, I will look forward to a lot more from Jordan Peele.