A family living in the countryside has fallen on hard times, thanks to an endless drought that leaves a couple and their young girl on the brink of starvation. So when the Devil comes to call, desperation leads the father to sell his daughter in exchange for unimaginable wealth. As the man’s river begins to run with gold, a young girl’s story of resilience in the face of hardship begins.

Based on a Grimms’ Fairy Tale, The Girl Without Hands is a stylistically inventive animated French feature with a female protagonist who puts Disney princesses to shame. Hand drawn by its creator, director, and illustrator Sébastien Laudenbach, the film’s beautiful 2D animation is a freeform, Impressionistic take on fantasy. Its beauty contrasts the film’s harsh narrative, about finding a place in the world by taking control of one’s fate with admirable conviction.

The Girl Without Hands premiered in the ACID section at the 2016 Cannes Film Festival, was nominated for Best Animated Feature at the César Awards, and won both the Jury Prize and Best French Film at the Annecy Festival. Today we’re premiering an exclusive clip from the film, and caught up with Laudenbach in preparation for its upcoming screenings across the US.

Creators: What drew you to this lesser-known fairy tale?

Laudenbach: I immediately loved this tale and the girl’s path. The fact that she has to take herself out of a man’s world, take time to discover herself, and then go back into that world. That’s why it moved me. I think it is a female story, but one that speaks to the female part of everyone, and as a man, I found some steps that I had lived in the girl’s trajectory.

To make this film, you diverged from traditional film production. What does that mean?

A classic production means a production with a studio and all the steps a typical animation feature requires: a script, a storyboard, a color board, background and character graphic researchers, a full working crew, and so on.

The first version of this project was like this, but the result would have been totally different. Closed shapes filled with colors, for instance. The project would have been closer to live action, much like most features in animation.

I am very glad this first version wasn’t pursued. When I now look at the teaser we made then, I find it unsatisfying and ugly. The Girl Without Hands turned out to be a cheap movie, but I find it rich in terms of graphic and narrative inventiveness. And also free! Free thanks to its poverty! 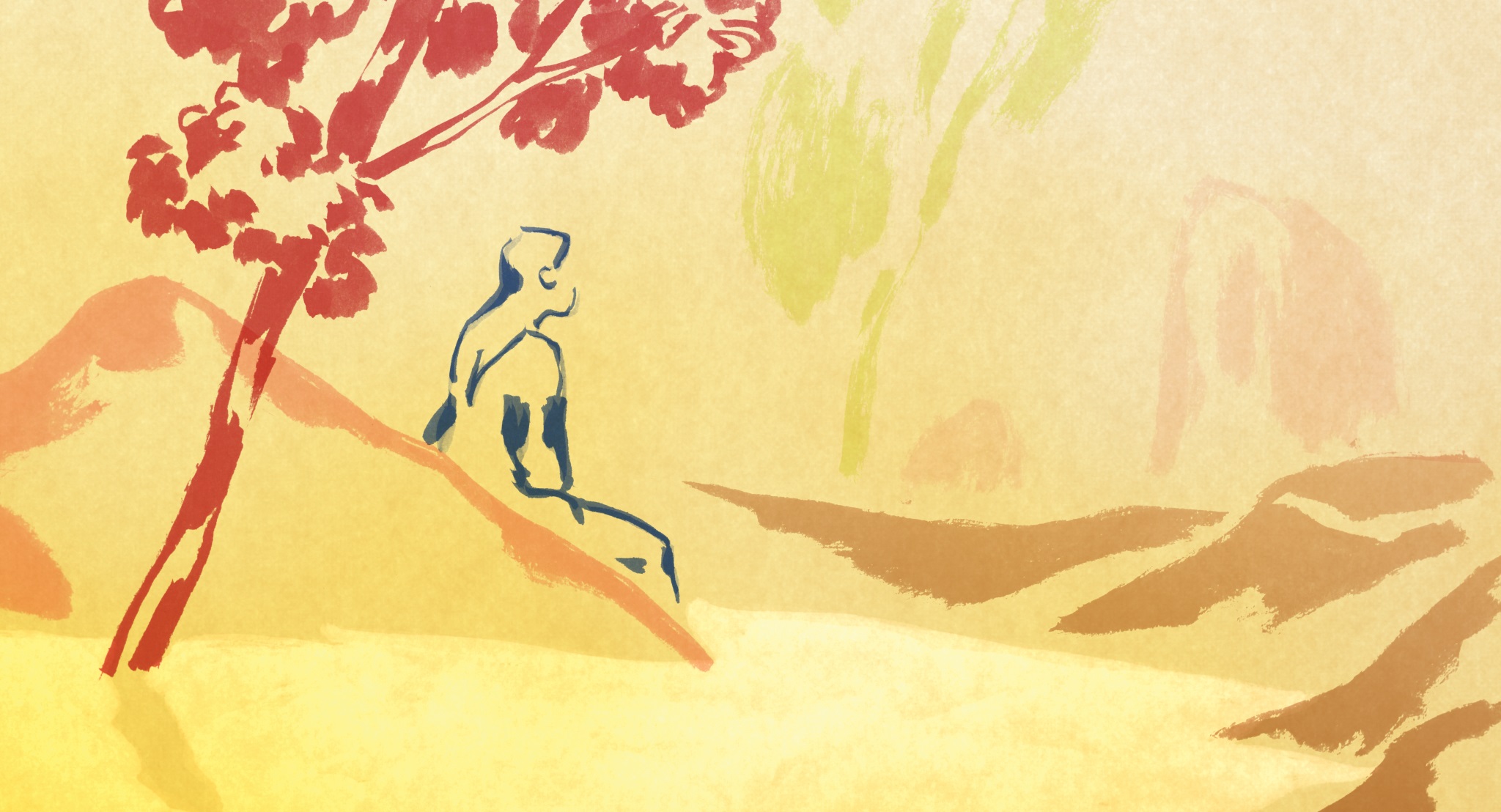 So you decided to do the film by yourself, which fell in line with an artist residency at the Villa Medici in Rome. What was that like?

I had no producer, no crew… I didn’t use the previous script, the storyboard, or graphic design. I improvised the film directly in animation: pencils on paper, from the beginning to the end, following the tale’s structure, but opening doors narratively when needed.

For this first year in Italy, I was totally alone and I animated 40 minutes of the film including the backgrounds. The animation was simple: made in black or grey in a very traditional way, 12 frames per second. The colors were made after with a computer.

Aside from the freeform movement on screen, what stood out to me were the colors in the film. Could you speak a bit about that, please?

Everything has been drawn with two tools in order to go fast: a black pencil and a grey one. For one frame, I have several layers. Then I digitized the sheets and applied one color on each layer as a serigraphy.

For this step, I worked with other people. When you work with animation you are, by nature, far from reality. I am not interested in copying reality, and so the colors reflect a feeling, a mood. That’s why my trees are not green with a brown trunk, but blue, red, or violet. My inspiration came from the Nabis group of French painters, like Maurice Denis or Pierre Bonnard. More than the Impressionists, they had a kind of spirituality in their paintings. 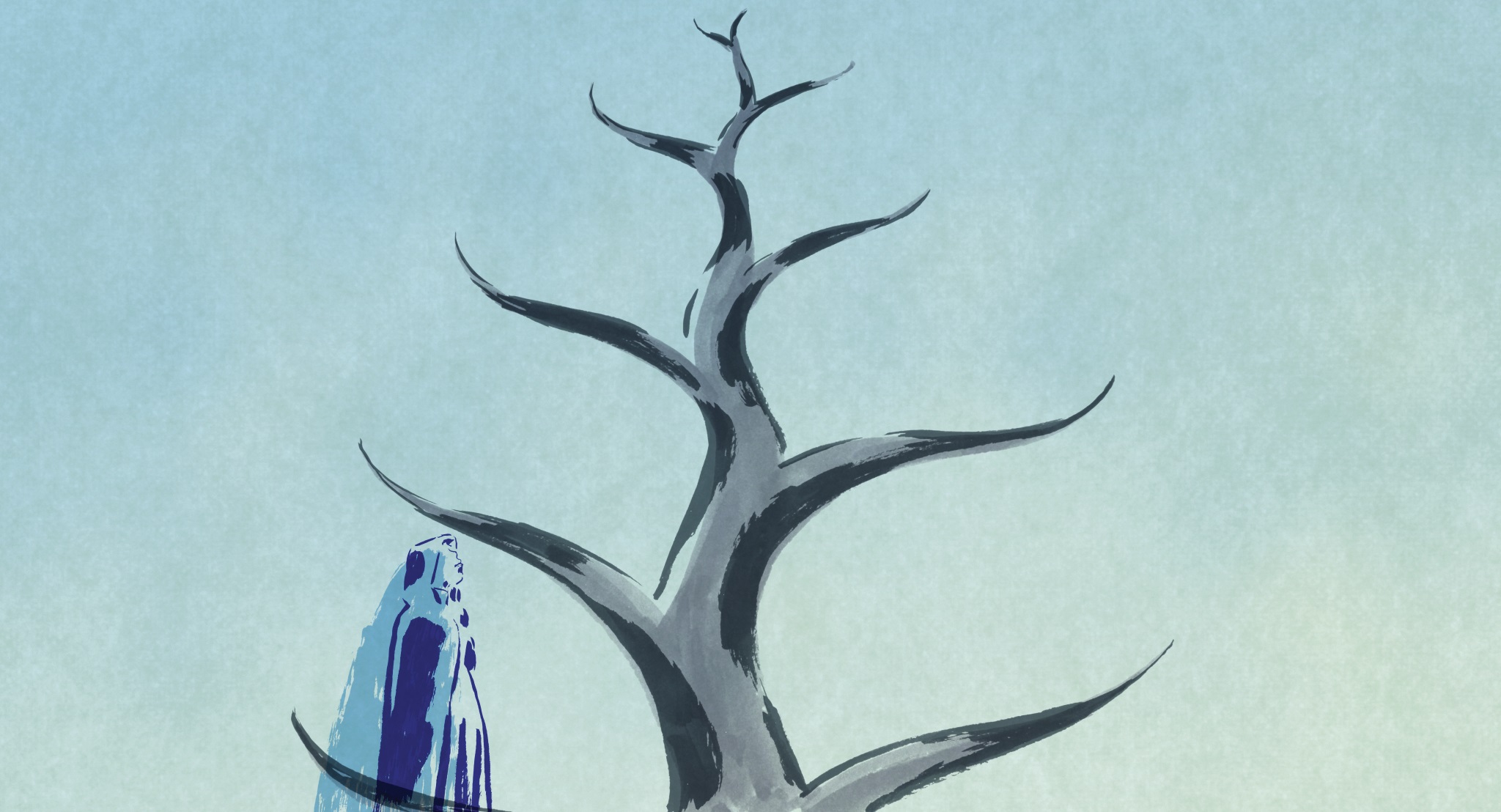 Do you think the importance of drawing has been lost in current animation, and indeed, our ever digitalized landscape?

Yes, I definitely think that! Drawing is very powerful. Maybe the essence of cinema is to bring faces to a big screen. The power and the presence of a big face is huge. You can feel the skin breathe, and the micro-movements of the eyes is something that you know so deeply that you can feel a lot of nuances in one second. When you work in animation, you have no face, you have no body, you have only a representation of that.

That is the weakness and the strength of animation. It is a strength because this distance between reality and representation creates poetry. That’s what animation, and art in general, teaches to us: taking distance from reality to tell it better. 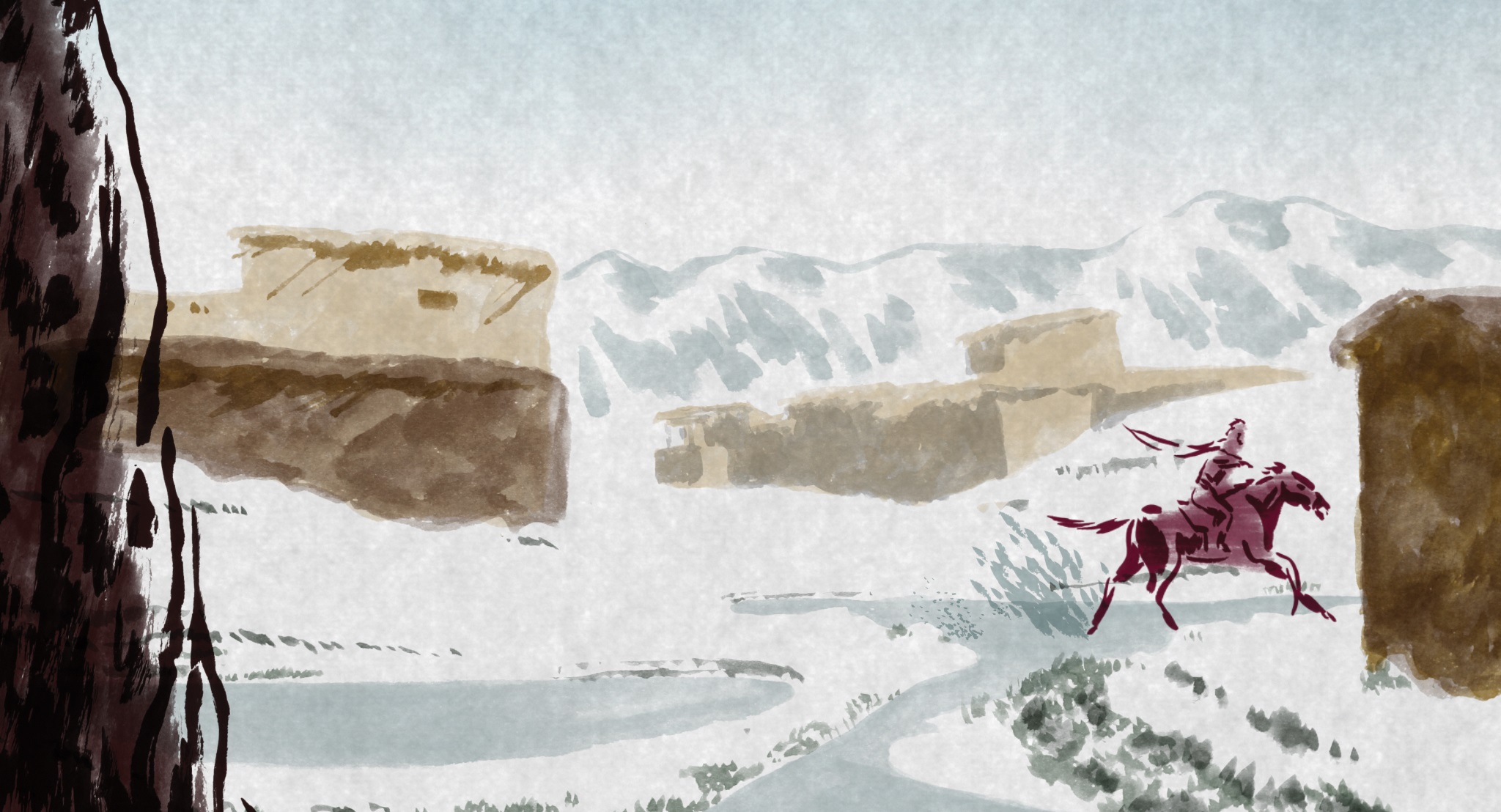 The Girl Without Hands is currently playing at IFC Center in New York and begins showing at Laemmle Music Hall in LA on August 4. To find a theater near you, click here.