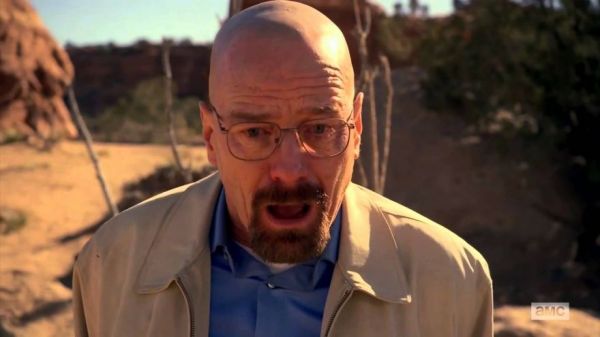 The TV series Breaking Bad ran for five seasons, and the climax of the entire story arc came in the third-to-last episode, “Ozymandias.” That’s the one where Walter White’s precarious manufactured life as a drug lord came crashing down for good. The two episodes after were important as they tied up the loose ends, but no other episode of the series had as much impact. Five years later, the people behind the show explain how it came about.

Vince Gilligan (creator–executive producer): People give me credit personally for having some sort of master plan for where the series was going right from the earliest days. I did not. We truly did not. The only thing we knew for certain: We wanted the show to end as well it could. Not to say we wanted a happy ending necessarily, but we wanted an appropriate ending.

Melissa Bernstein (coexecutive producer): They wanted it to be an ending that they were proud of, that would stand the test of time. Vince would literally bang his head against the table. There was a lot of pacing going on and a lot of anxiety.

Moira Walley-Beckett (writer–coexecutive producer): It was clear to us in the writers’ room that at that point in the season all the chickens were coming home to roost. Every consequence for each of Walt’s choices was playing out with unbelievable force, brutality, cruelty, angst, terror—everything. And it was all gonna happen in that one episode. And had to happen.

Those folks are joined by stars Bryan Cranston, Aaron Paul,and Dean Norris, director Rian Johnson, and others in an oral history of “Ozymandias.”

This Piano Mixes Cocktails Based on Which Keys You Play

When You Forget to Proofread