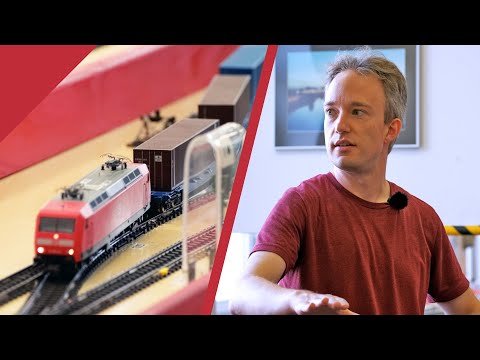 If you want to run a railway, you’ve got to train people to control the tracks, so that trains can get where they need to go without crashing into each other, or snarling up traffic for hours at a time. In Germany, these signal operators are trained at the Eisenbahnbetriebsfeld in Darmstadt. The facility has a model train that may not be the biggest or prettiest in the world, but it is probably the most accurate, because it is used to teach rail traffic control.

However, not every train station in Germany uses the same controls. The Eisenbahnbetriebsfeld model train can be controlled by mechanical switches, which can be a hundred years old, or by electronic switching from the mid-20th century, or by computerized systems that only the wealthier cities have. If you want to be a railway signal operator in Germany, you’ll have to learn all the systems. Tom Scott shows us how it’s done.