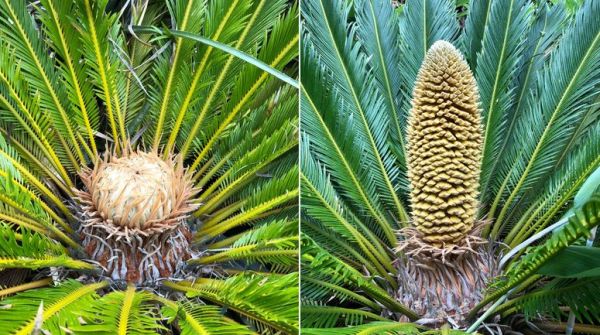 An exotic and primitive plant, cycad, has produced male and female cones outdoors on the sheltered undercliffs of Ventnor Botanic Garden on the Isle of Wight for the first time in 60 million years. Botanists say that this is a sign of the unfortunate global heating.

Cycads previously lived in what is now Britain millions of years ago, with fossils of the plants found in the Jurassic strata of rock stretching from the Isle of Wight to the Dorset coast, an era when the Earth’s climate had naturally high levels of carbon dioxide. According to Chris Kidd, curator of Ventnor Botanic Gardens, last summer’s heat wave and this year’s record-breaking temperatures have caused the plant’s production of cones, with a run of milder winters also helping.

Now that is a strong indicator of climate change, not only from the scientists but from plants as well!