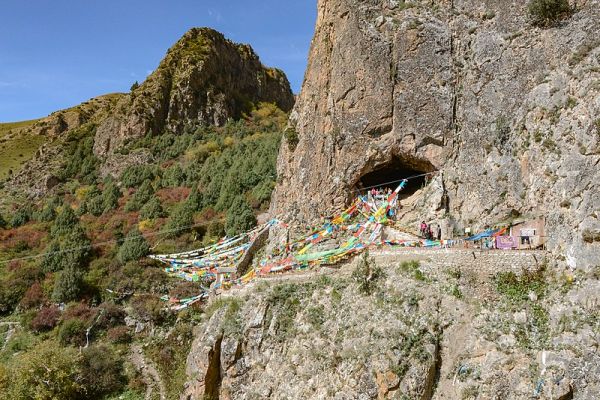 The extinct human species Homo denisova, which we call Denisovans, were first discovered as a distinct Homo variant in 2008. That discovery came from mitochondrial DNA in fossils from a cave in Siberia, and indicated that Denisovans lived there as long as 76,000 years ago. Traces of Denisovans DNA have since been identified in people in Asia and Australia. But more evidence of Denisovans’ past is coming to light.

Denisovan mitochondrial DNA extracted from sediment layers in Baishiya Karst Cave on the Tibetan Plateau indicates that these humanlike folk inhabited the high-altitude site roughly 100,000 years ago and again around 60,000 years ago, say geoarchaeologist Dongju Zhang of Lanzhou University, China, and her colleagues. These are the first examples of Denisovan DNA found outside of Siberia’s Denisova Cave (SN: 12/16/19).

The discovery and accompanying artifacts hint that Denisovans were more widespread for a much longer time than we previously thought. Read the implications of the find at Science News. -via Strange Company

The 10-Year Hunt for the Lost McDonald's DS Game

Dog Protects Soldier As He Naps At The Airport

House by the Pond Is an Escape to Nature in South Bohemia, Czech Republic