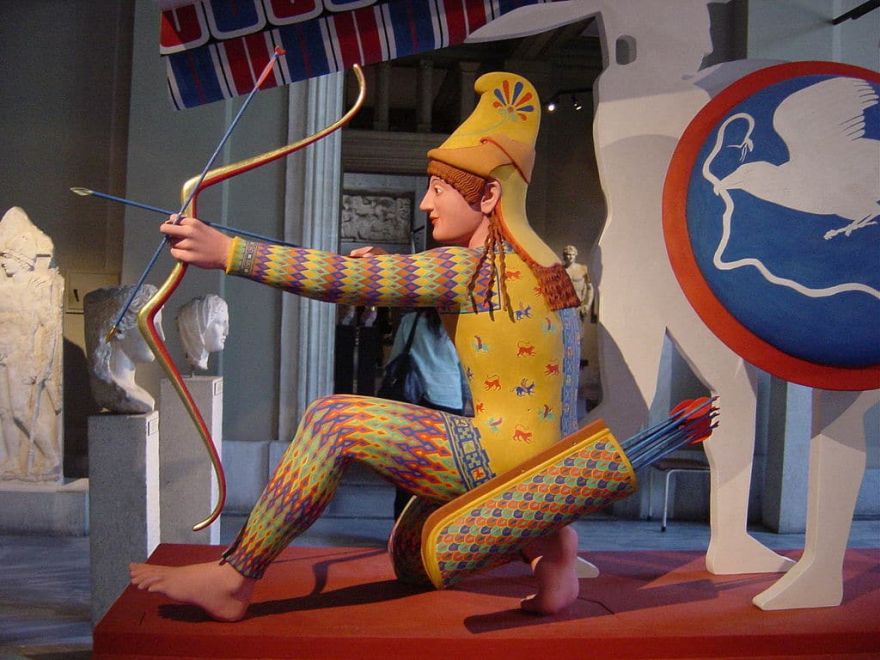 We’re so used to seeing white ancient sculptures in museums that imagining them painted in a variety of bright colors is just odd. It’s logical to believe that these magnificent artworks were just initially white marble or stone. However, it’s also worth considering that these art pieces are white now because the colors have long since faded. Did you know that most of the iconic sculptures, such as Hermes, the Winged Victory and the Venus de Milo were once very colorful statues? The Greek Reporter has more details:

Although the statue has been long since destroyed, there is a description of it in the writings of the ancient historian Pausanias, who wrote that the statue was “chryselephantine” or in other words, covered in gold and ivory.

There is also a verse in Euripides‘ tragedy “Troades” (The Trojan Women), written in 415 BC, in which Helen says:

My life and fortunes are a monstrosity,

The way you would wipe color off a statue.

The last line clearly indicates that all scultptures had been painted, or made in color, and this must have been essential to their beauty and impact.

Praxiteles, the creator of the famous Hermes and the Infant Dionysus, was once asked which were his favorite statues. His reply was “The ones painted by Nikias.”

Unfortunately, after centuries of lying on the ground the paints on the statues has been irreparably lost

Image via The Greek Reporter