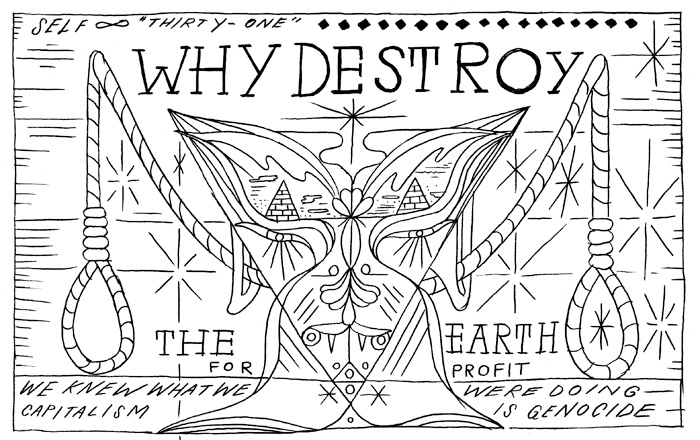 Selection from The Regé Deck, 2016 (all images courtesy of the artist)

In the late 19th century, Southern California attracted misfits, idealists, and entrepreneurs with few ties to anyone or anything. Swamis, spiritualists, and other self-proclaimed religious authorities quickly made their way out West to forge new faiths. Independent book publishers, motivational speakers, and metaphysical-minded artists and writers then became part of the Los Angeles landscape. City of the Seekers examines how the legacy of this spiritual freedom enables artists to make creative work as part of their practices.

It’s not easy to present the history of esotericism in ways that makes it both compelling and accessible. Whether it’s alchemy, astral projection, astrology, or a rarefied system of thought like theosophy, the very definition of “esoteric” means that it’s intended to be comprehended by a niche population with highly specialized knowledge and interests. So now that we have the internet, what’s the best way to impart hidden, sacred knowledge? As cartoonist Ron Regé, Jr. contends, it would actually be by going back to the basics: drawing. 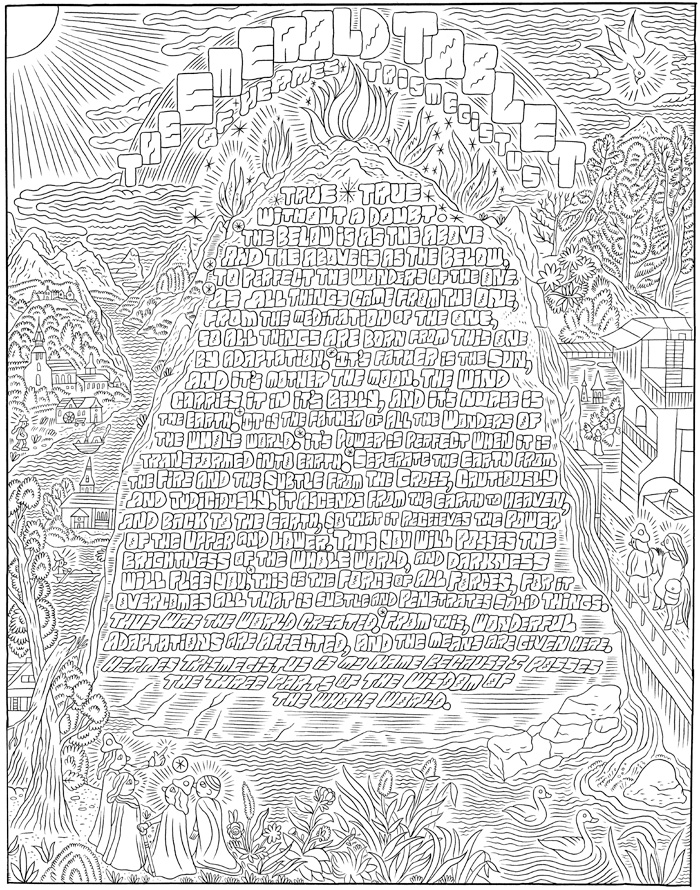 Since he began self-publishing and distributing his own illustrations at the zenith of east-coast zine culture in the early 90s, Regé has been making clear-line works on paper and producing graphic novels that are issued by publishers and found in stores. He’s never forgotten his roots in zine-making, though, continuing to make tiny, xeroxed, limited-edition mini-comics while doing commercial illustration and having occasional gallery shows.

For Regé, drawing is “kind of like eating or sleeping,” resembling a basic biological function more than a conscious act. That’s why he doesn’t like to stress over the origins of his creativity, because it’s actually a part of who he is. “In comics, this means that I’ve tried to push myself to create things in as much of an individual voice as possible, often in opposition or disregard to the norms that make the medium easy to understand,” Regé tells The Creators Project. 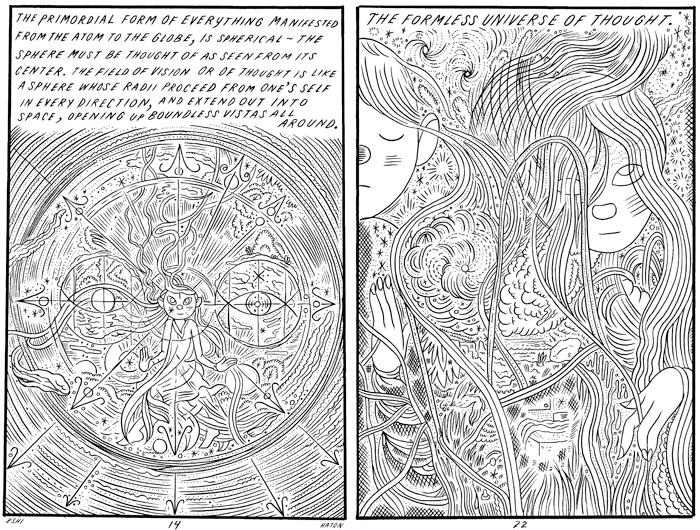 After relocating to Southern California in 2003, Regé’s works have taken on a new tone and voice. Nowhere is this more apparent than his 2012 book, The Cartoon Utopia, which is scheduled to be re-issued in paperback this March.

Regé came to Los Angeles with the intent to sublet an apartment for a few months. 14 years later and he’s still in Echo Park, right on the edge of Downtown LA. “More than any other that I’ve experienced, it is a city created by and for the expansion of people’s imaginations,” he says. “The results of this can be as horrifying as they are wonderful, but they are always fascinating.”

LA’s spiritual environment has affected Regé’s own art in ways beyond The Cartoon Utopia. “I’ve discovered like-minds and imaginations and ideas in Los Angeles that I feel like I was looking for my whole life,” he says. “It truly is a city of angels. I don’t know if I can explain it. To find souls who work to live in love instead of fear, and who know that we can have paradise in this lifetime, that we are all one? It’s been amazing, and I’ve learned so much.” 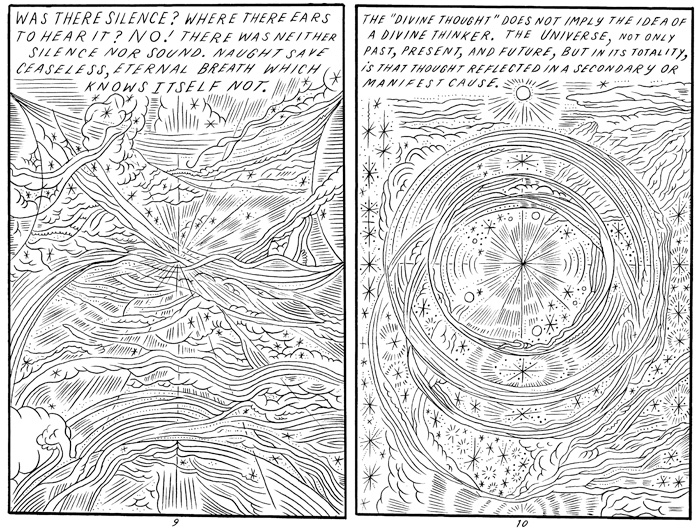 In terms of what has had the most influence over his current body of work, Regé cites The Secret Teachings Of All Ages by Manly P. Hall, master of LA’s DIY spiritual philosophy.

“In a spiritual sense, my ideas always seem to focus on some sort of attempt to explain the unexplainable,” Regé says. “I’ve always been trying to look through the mirror, so to speak. Experiences like deja-vu, lucid dreaming, and a sense of reincarnation are things I’ve always felt in my heart. I’ve never been able to really understand how or why we live in these cultures and societies that are so disconnected from the earth and our true selves. I’ve never sensed that things like rules or money are anything other than made-up illusions. I’m always looking for that eternal DMT moment in the back of my dreams where I came from. These things shaped my life and my work, and I seem to always be becoming more aware of what it all is.” 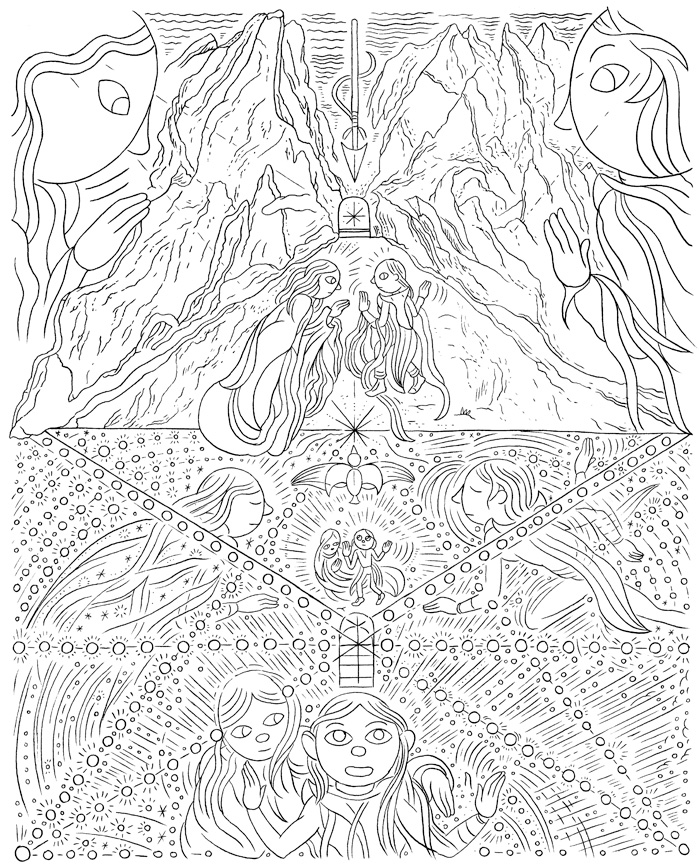 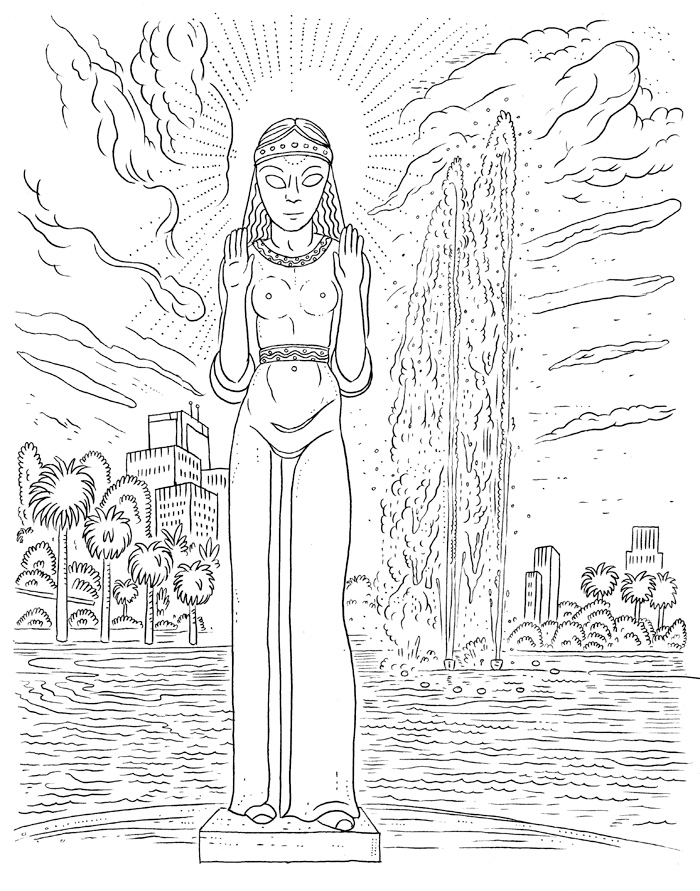 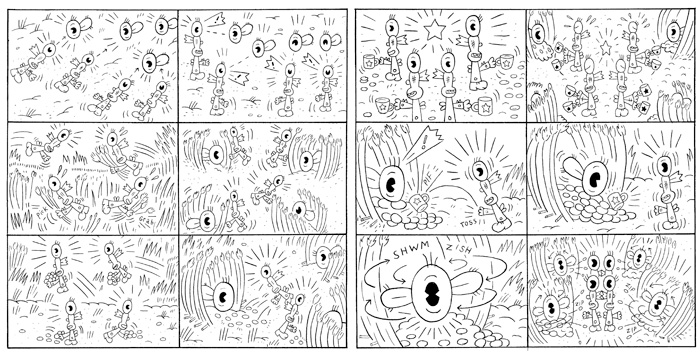 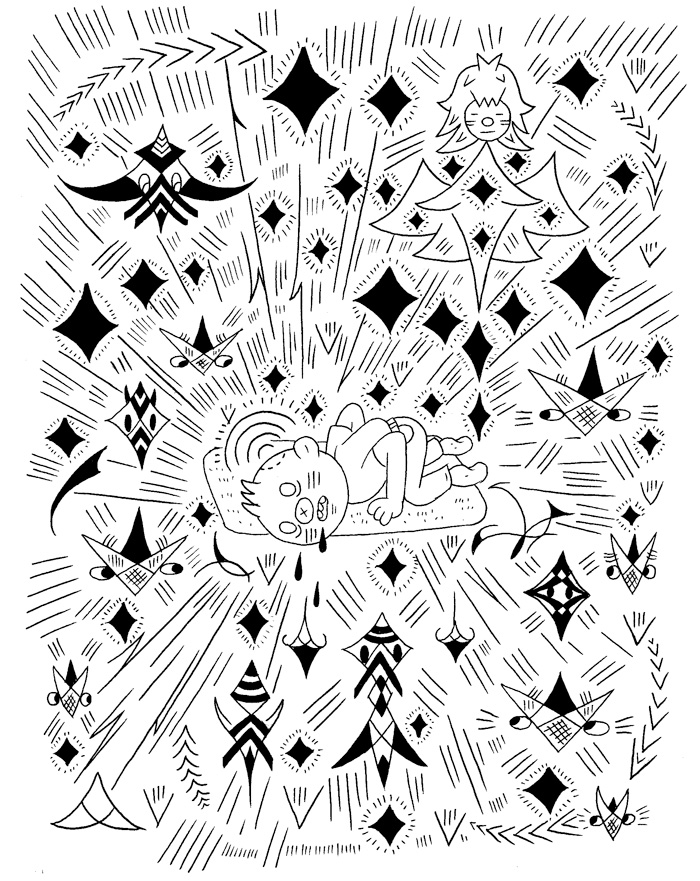 “The Other” Mike Kelley Makes Illustrations, and They’ll Haunt You | City of the Seekers

Alchemy in Art History? As Above, So Below | City of the Seekers