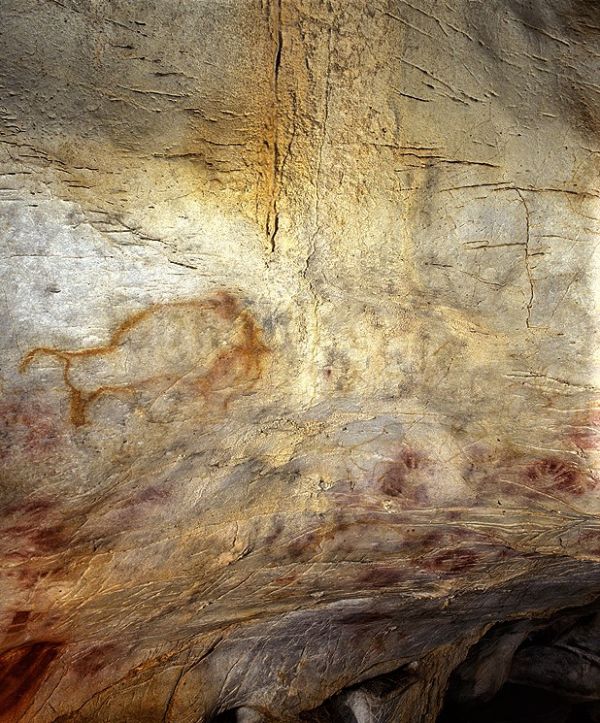 Researchers from UNSW Sydney and the South Australian Museum have been studying the rings of ancient New Zealand kauri trees, which can record environmental changes over many thousands of years. They found clues about the last time the earth’s magnetic poles switched, around 42,000 years ago. The environmental effects of the magnetic field thinning to a small fraction of normality would have been cataclysmic not only to the environment, but to people who witnessed it. Solar flares, ionized air, aurora, and electrical storms would have been quite frightening.

The researchers theorise that the dramatic environmental changes may have caused early humans to seek more shelter. This could explain the sudden appearance of cave art around the world roughly 42,000 years ago.

“We think that the sharp increases in UV levels, particularly during solar flares, would suddenly make caves very valuable shelters,” says Prof. Cooper. “The common cave art motif of red ochre handprints may signal it was being used as sunscreen, a technique still used today by some groups.

“The amazing images created in the caves during this time have been preserved, while other art out in open areas has since eroded, making it appear that art suddenly starts 42,000 years ago.”

While the temporary flipping of the magnetic poles (which lasted 800 years) is called the Laschamps Excursion, the researchers in this study refer to the beginning of the flip 42,000 years ago as the Adams Event, in honor of Douglas Adams, who knew the answer to everything is 42.

“The more we looked at the data, the more everything pointed to 42,” says Prof. Turney. “It was uncanny.

“Douglas Adams was clearly on to something, after all.”

There are a lot more possibilities about the Adams Event and how it may have shaped human history at Phys Org.