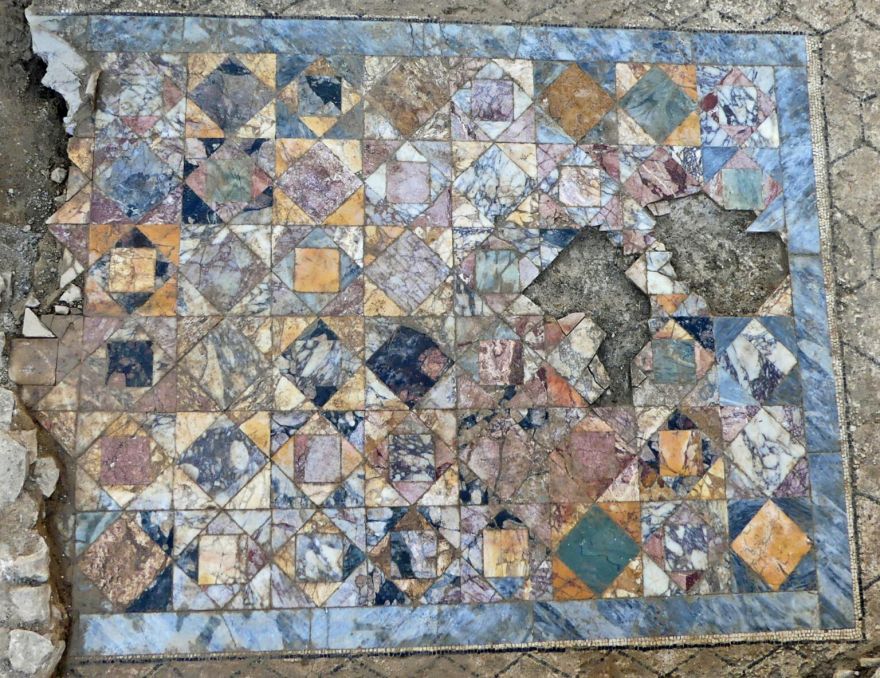 Archaeologists have discovered a tiled floor that belonged in an ancient Roman villa. Estimated to date back to 1-2 A.D., the flooring is composed of marble from multiple empirical provinces that’s inlaid to the foundation. The design of the marble floor is called opus sectile, which was common during ancient times, as the Colossal details:

During their dig, archaeologists also uncovered plaster sheets that had caved in on the impeccably preserved tiles featuring classic frescoes on red and black panels. Lines score the back of the decorative pieces, which would have helped them adhere to the earthen walls. Other findings indicate that this domu, along with another nearby, were particularly lavish and featured a private bath, a concrete floor speckled with decorative gemstones, and a large central fountain made from Carrara white marble. One room even had remains of hypocaust heating, an inventive system that sent hot air underneath the flooring to warm the home.

Image via the Colossal