At 2170 Mack Avenue in Detroit’s Eastern Market neighborhood stands a 7,000 square-foot residential building from 1910. Over the years, the homes around it have largely been demolished, leaving vacant fields throughout the block. The property was abandoned for many years until ceramic artist Anders Ruhwald bought it in 2014. He’s since transformed one of the apartments into a “sensory-rich environment” that serves as “both a memorial and a proposal in which materials and forms coalesce” to tell a story about Detroit’s past, “animate the present, and suggest a shifted future.” 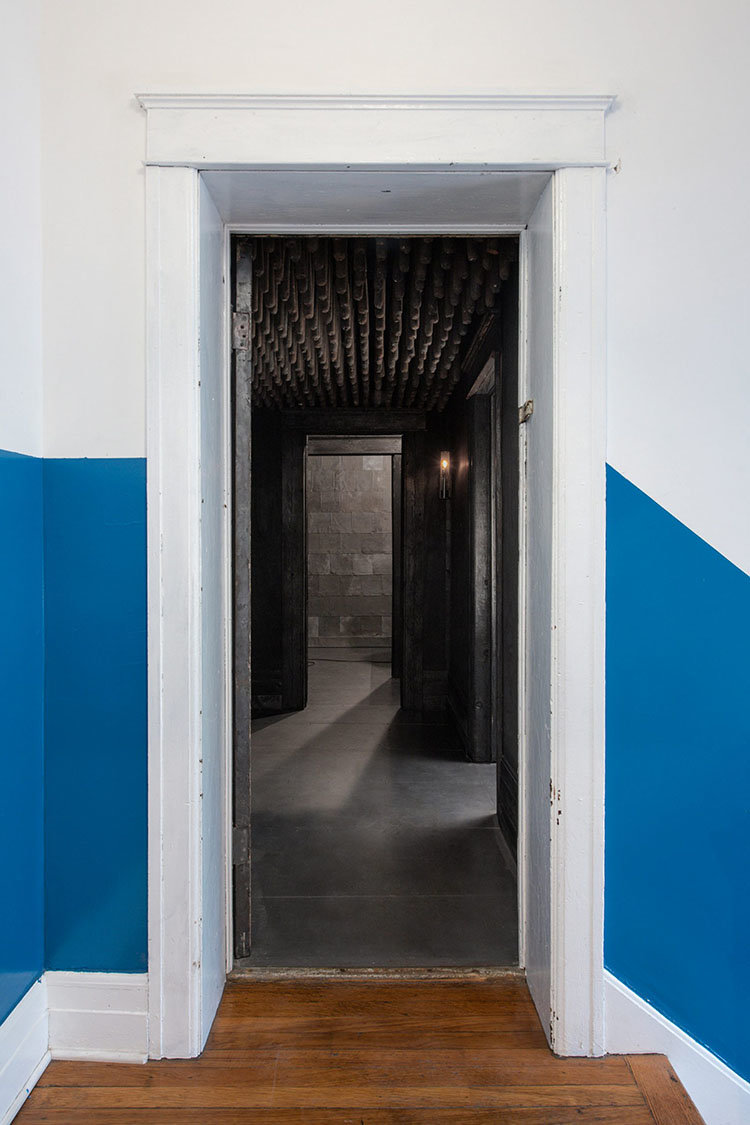 The project’s title, Unit 1: 3583 Dubois, is a reference to the building’s original address. At some point, the city changed that address to 2170 Mack Avenue, essentially wiping out it’s past. The seemingly insignificant change “underscores a metaphoric loss of this place’s history,” according to Ruhwald. “Like so many in Detroit and cities like it, this once-abandoned building holds memories waiting to be erased or revived.” 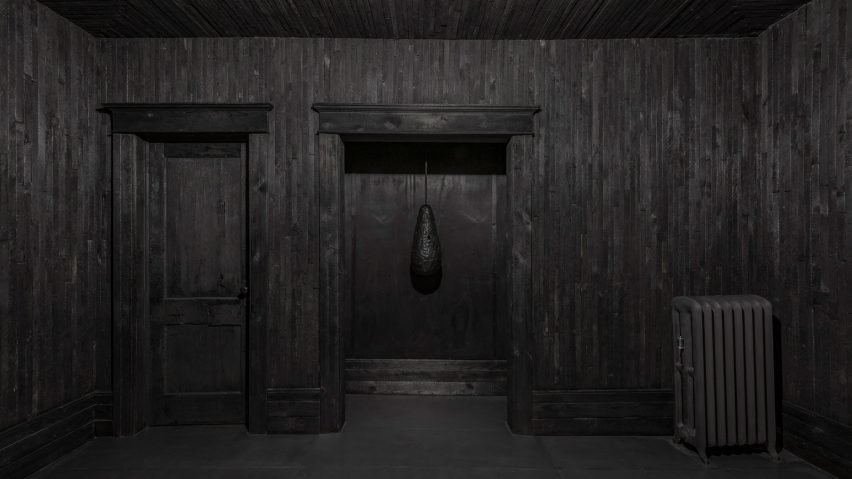 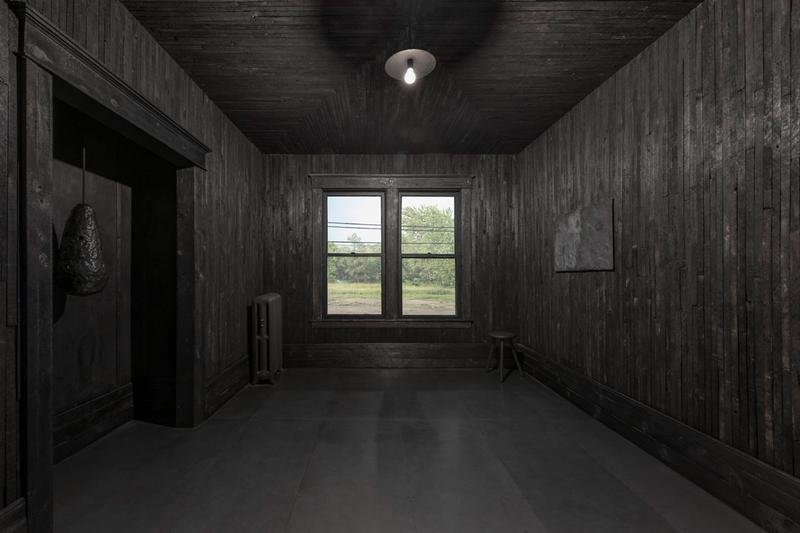 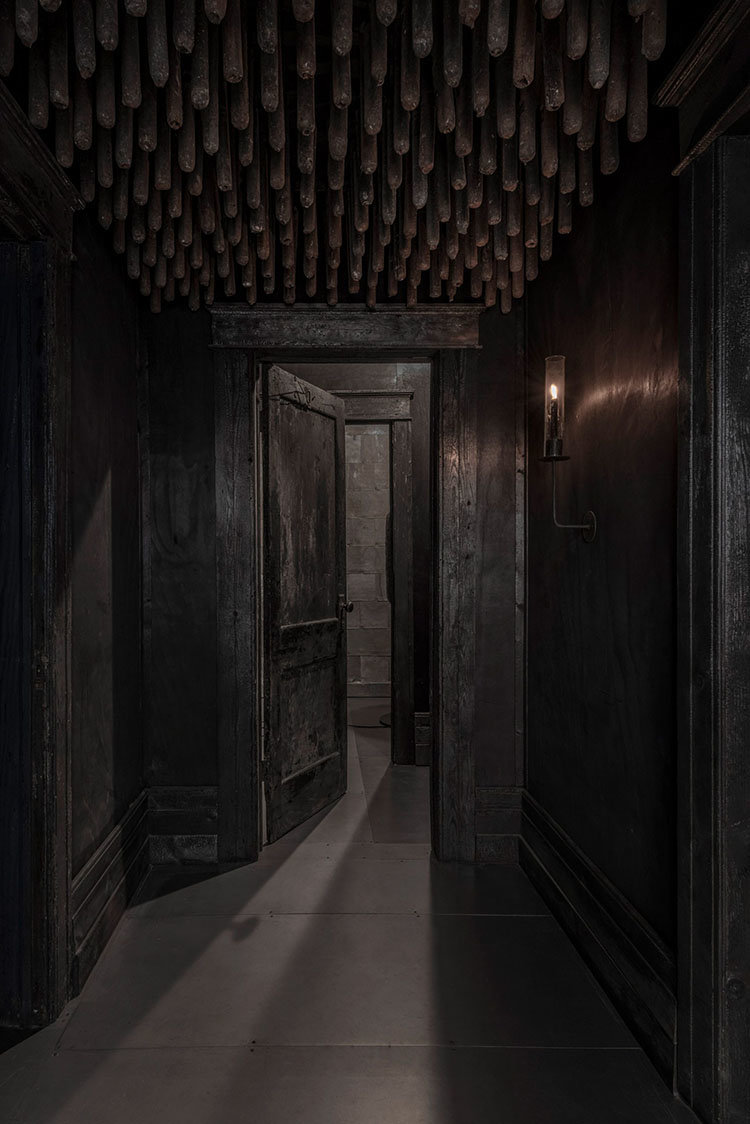 To create the immersive, all-black installation, Ruhwald used a variety of materials found in the neighborhood, including lead shingles, charred wood, and molten glass, among others. In a hallway, the ceiling is covered in 400 cast-iron window counterweights that Ruhwald collected from abandoned sites in the area. 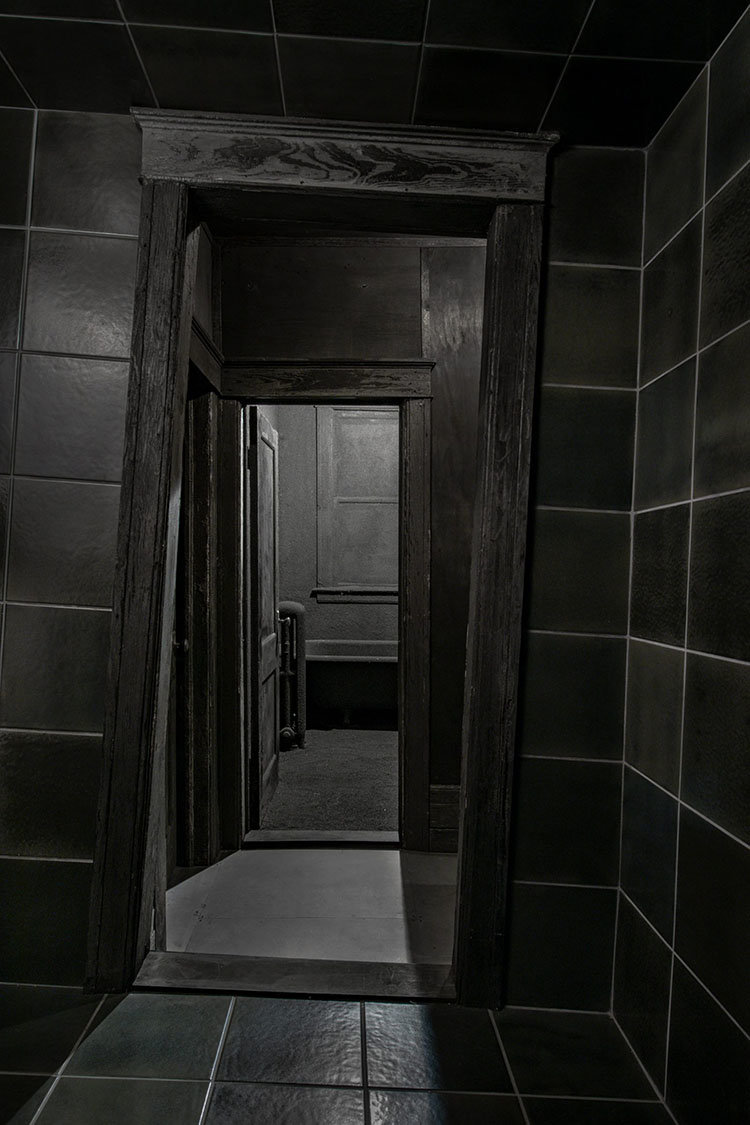 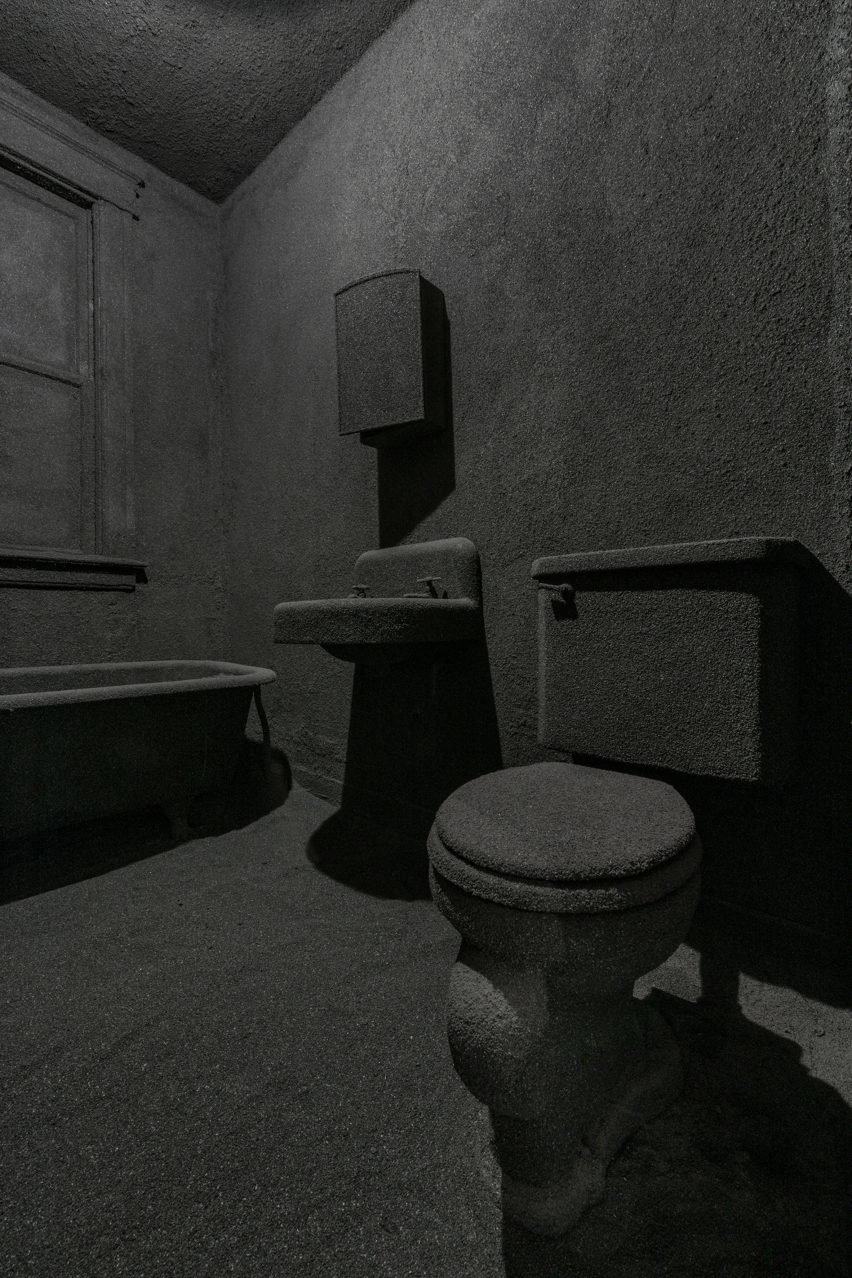 Each material offers a different texture as Ruhwald weaves a layered, tactile experience of space. In one corner, a matte tile and charred wood hallway leads into a bathroom covered in petroleum coke—a granular byproduct of the oil refining process that imparts the space with a strange softness. 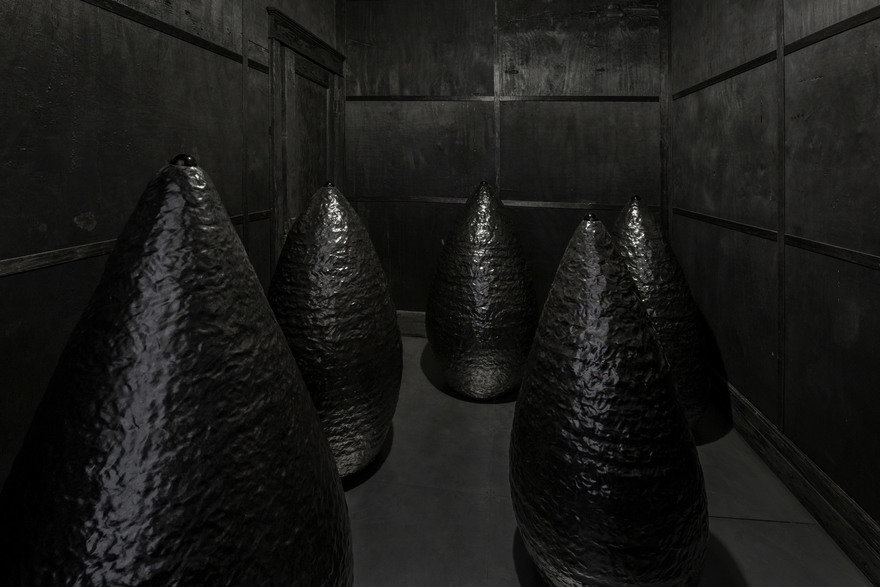 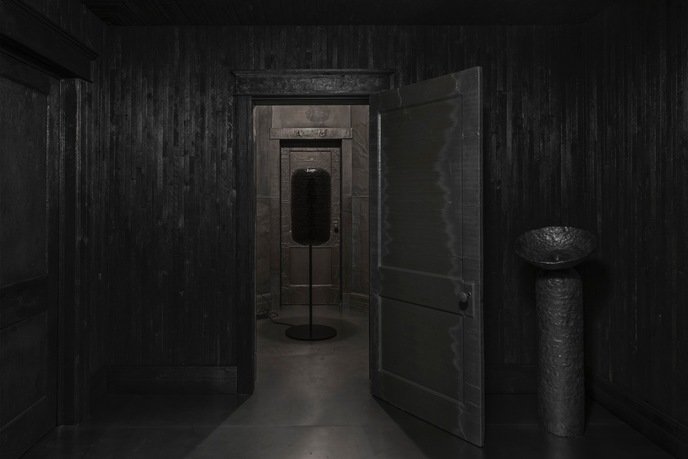 Ruhwald’s ceramics are interspersed throughout the space, creating surreal, even eery, encounters with figure-scaled forms. The installation sometimes plays with visitors’ perception of space. For instance, Ruhwald gave the kitchen floor a subtle eight-degree angle from the doorway and clad the walls in tile with grout lines that appear to be level, so visitors experience a slight spatial imbalance in the room.

Unit 1: 3583 Dubois will be a longterm installation, but is currently offering regular tours as part of Material Detroit, a performance and public art series that complements Landlord Colors: On Art, Economy, and Materiality, an exhibition at the Cranbrook Art Museum exploring art that grows out of periods of economic and social collapse, such as in Detroit, Cuba and Greece.

Landlord Colors: On Art, Economy, and Materiality and Material Detroit’s programming will run through October 6, 2019.