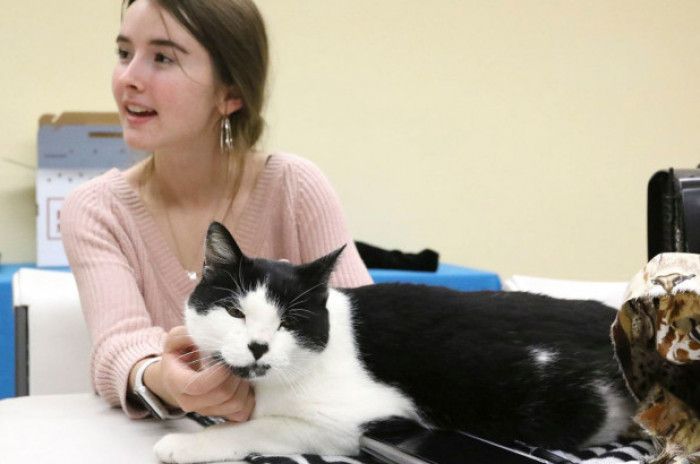 It’s an amazing coincidence! Animal shelter volunteer Hannah Rountree reunited with her childhood cat Spunky three years after the cat disappeared. The fifteen-year-old was on her second day at the Saving Grace Pet Adoption center when she spotted a cat that resembled Spunky. It turns out that the feline was actually her childhood friend, who was returned to the shelter by his new family because he didn’t want to catch mice.

The two are now reunited and Spunk returned to his old home, equipped with a microchip on his person in case he gets lost again!