Moving into a new apartment is always a bit of a gamble. Will your neighbors be blaring techno music all hours of the night? Will your landlord actually repair that smoke detector she assured you not to worry about before you signed the lease? We hope that the transition will go smoothly, but when conflicts inevitably arise between neighbors, it can be uncomfortable to bring them up for fear of creating irreversible tension. If you are lucky, neighbors and landlords will be accommodating and promptly resolve any issues. Unfortunately for one tenant and his roommate, they seemed to have ended up with a double whammy of extremely noisy neighbors and an apathetic landlord.

Two weeks ago, Reddit user TheAngryArcanist shared the story of how he moved into an apartment, that was supposedly soundproof, then quickly learned that was not the case after a couple moved in upstairs. After making a conscious effort to be a courteous, almost silent neighbor, this renter was horrified when confronted with neighbors who were making constant noise “from 5am to past midnight, five days in a row, dropping stuff, speaking loudly, yelling or walking in their apartment with shoes on”. Apparently not everyone is concerned about being a respectful neighbor… Below you will find the details of his story as well as an interview between TheAngryArcanist and Bored Panda.

After extremely loud neighbors moved in upstairs, a concerned tenant reached out to his landlord about concerns for his safety 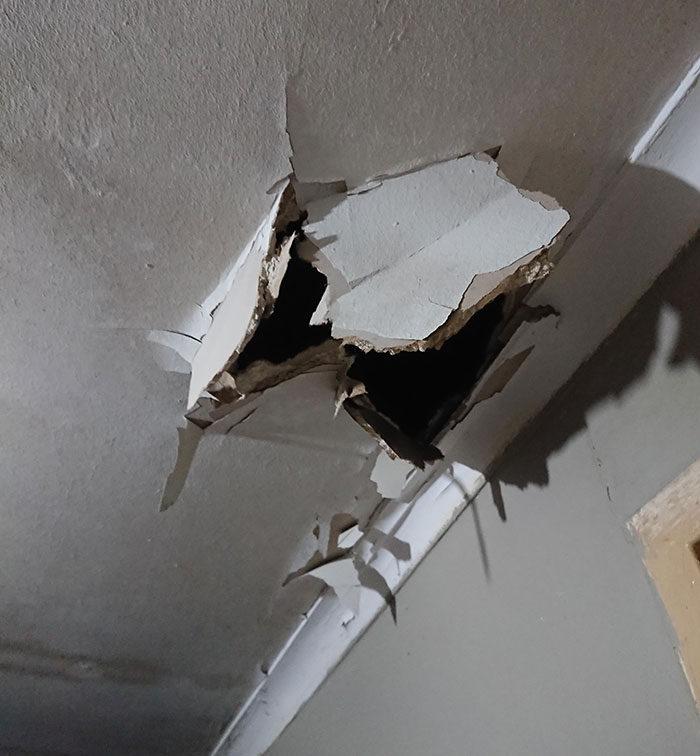 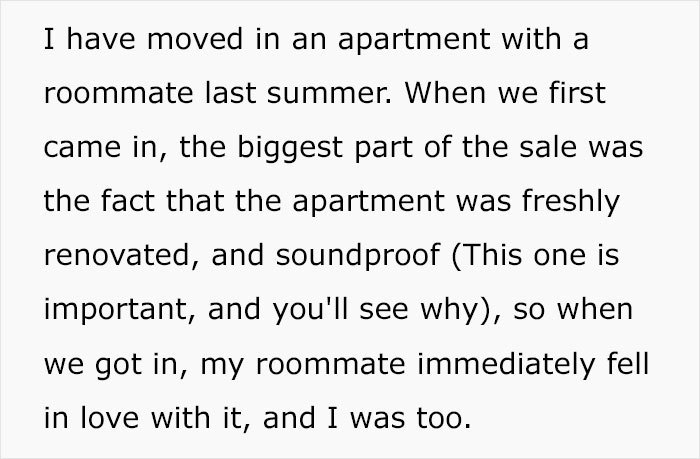 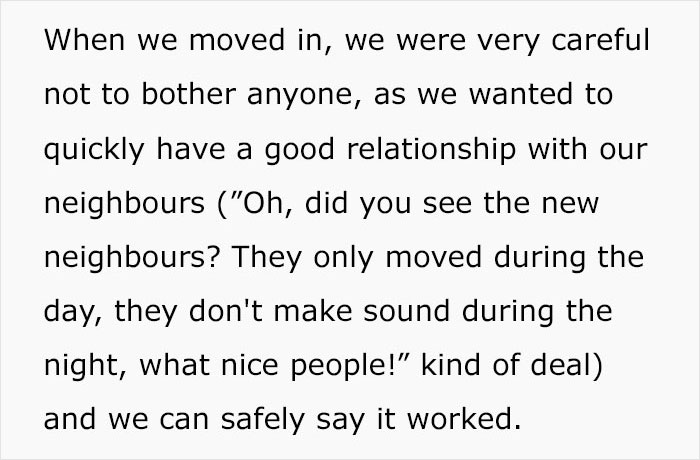 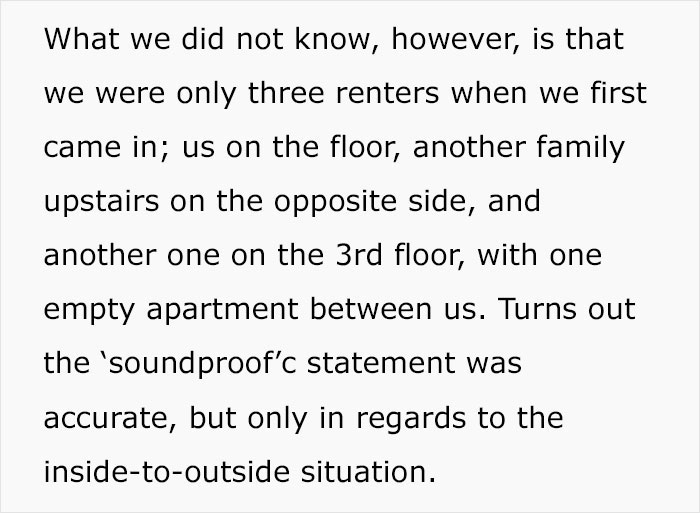 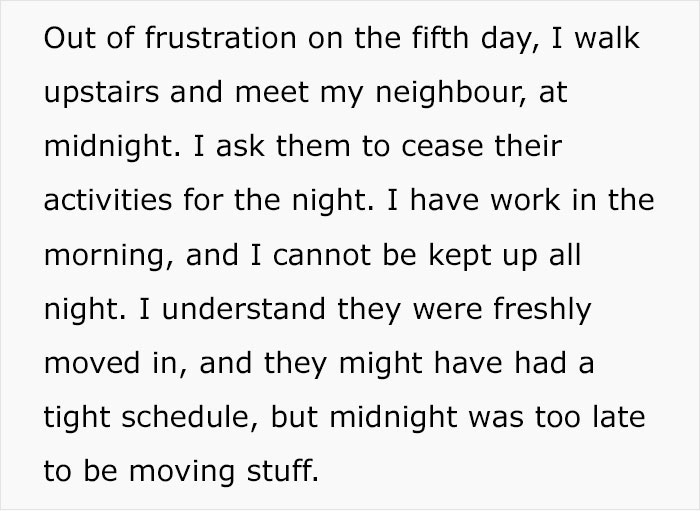 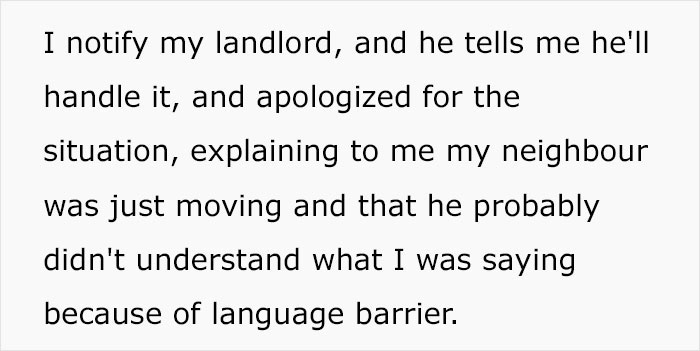 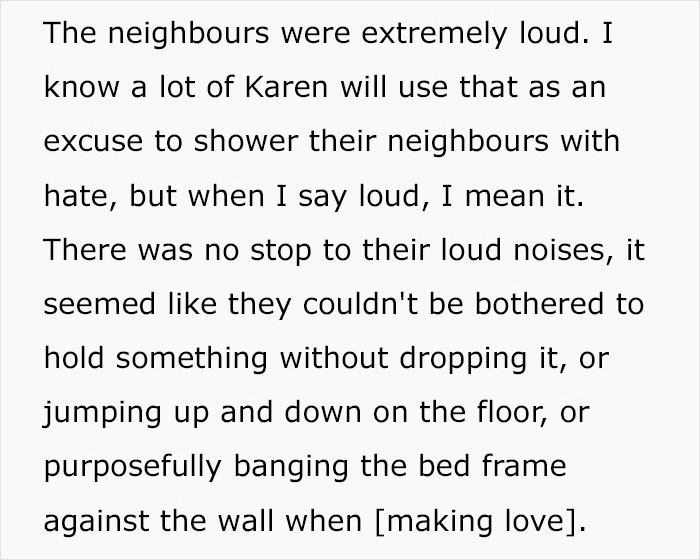 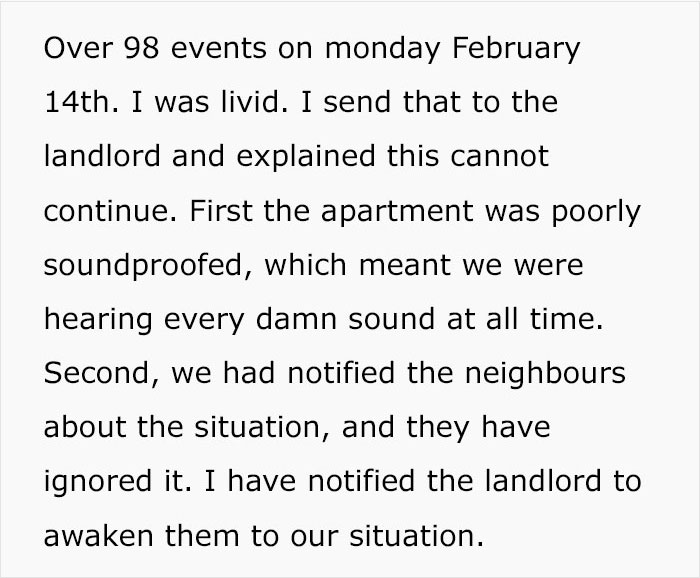 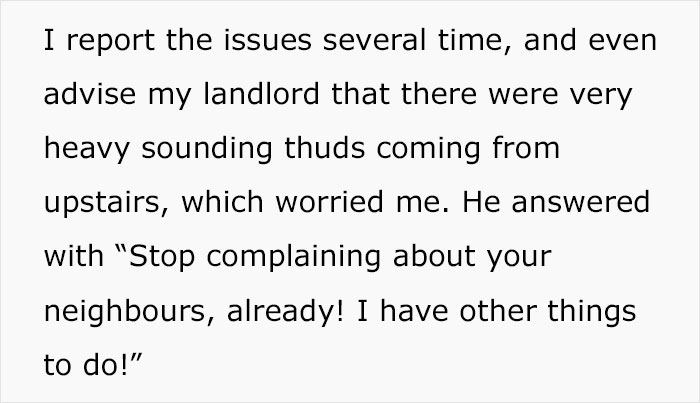 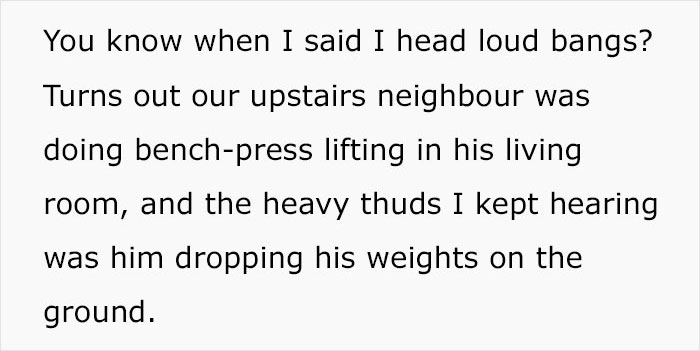 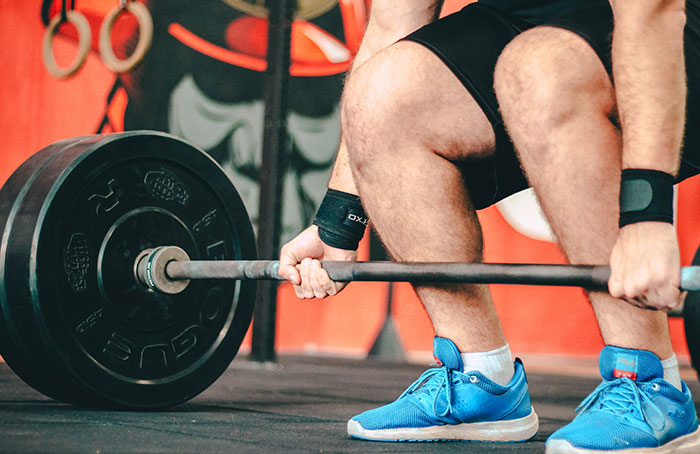 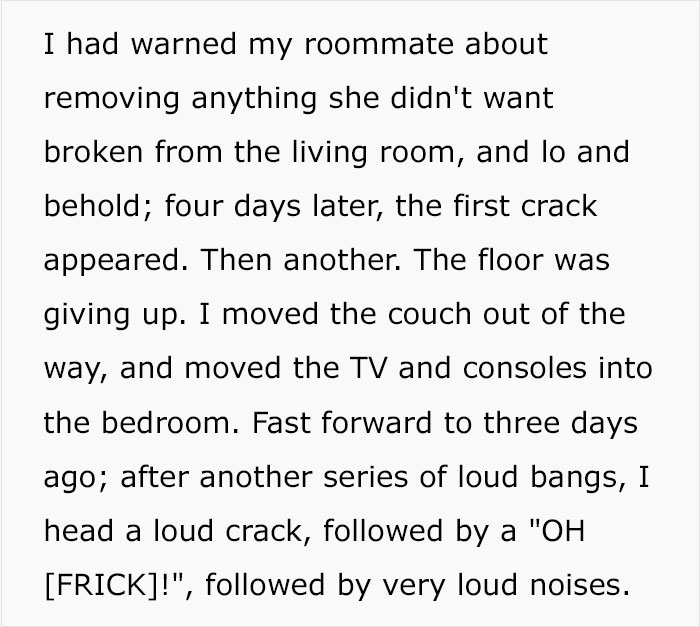 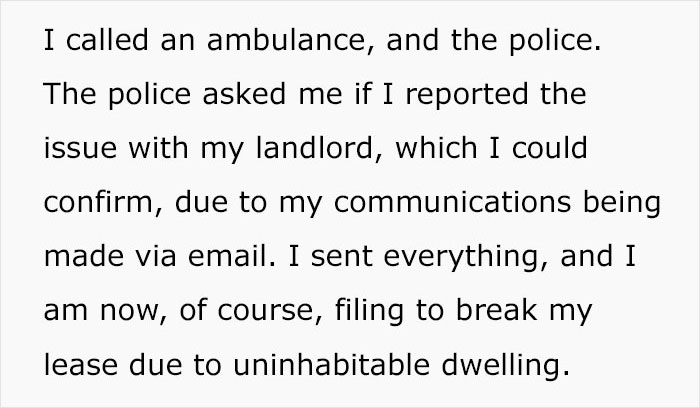 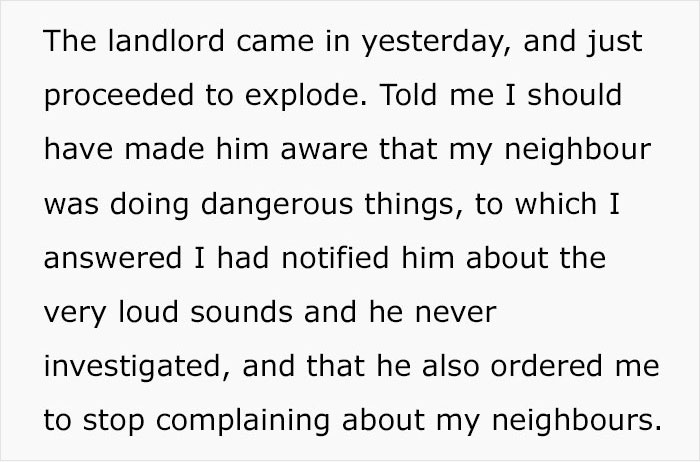 After the apartment became uninhabitable, the residents checked into a hotel until they could determine their next steps 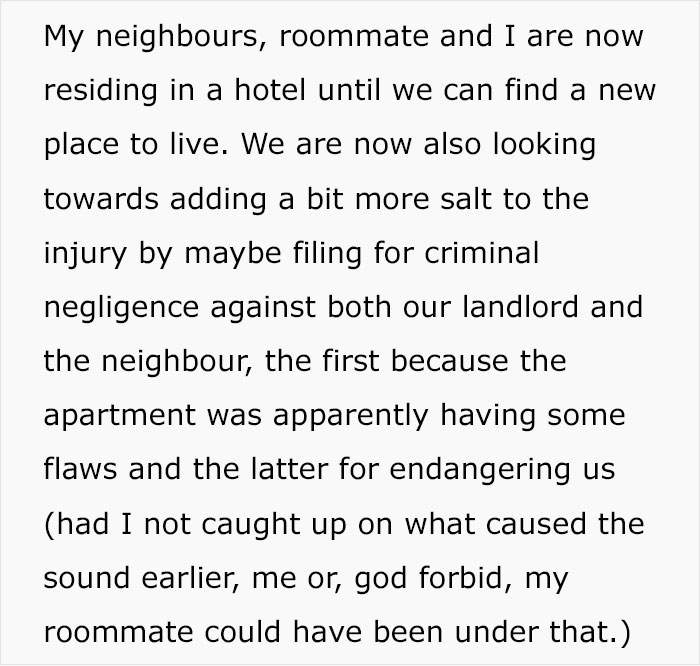 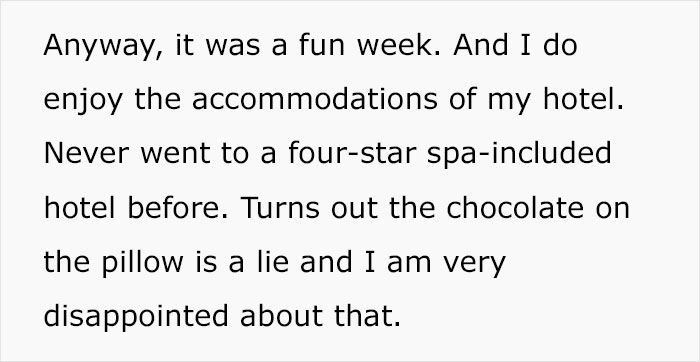 Renting horror stories such as these do beg the question, why is having a terrible experience with a landlord so relatable? After recounting his tale on Reddit, TheAngryArcanist even mentions, “Let’s be honest, [we’ve] all had worse, landlord wise.” Especially considering how common renting is, this should not be the case. According to a 2021 study conducted by the Pew Research Center, renters occupied about 36% of US households in 2019. And nearly half of these tenants were spending 30% or more of their gross incomes on rent. With so many people relying on rented housing and spending a third of their incomes on it, the last thing these tenants should have to worry about is their landlords or neighbors negatively affecting their well being.

Since the initial post, the landlord has made an effort to resolve the situation and avoid any legal battle 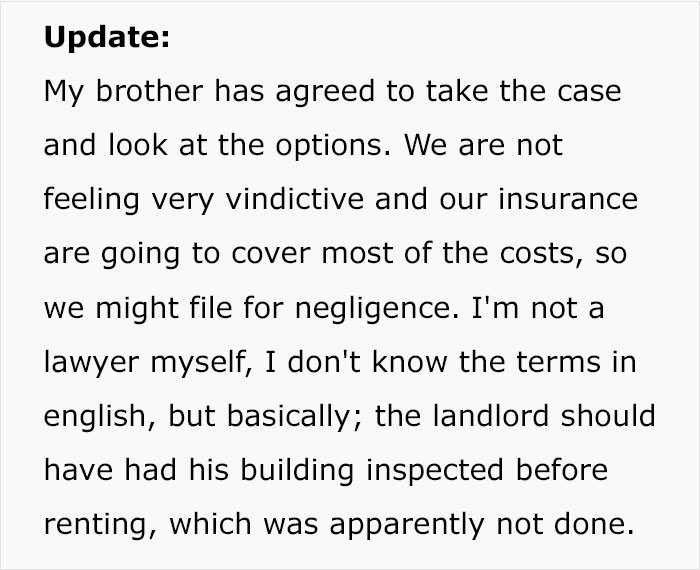 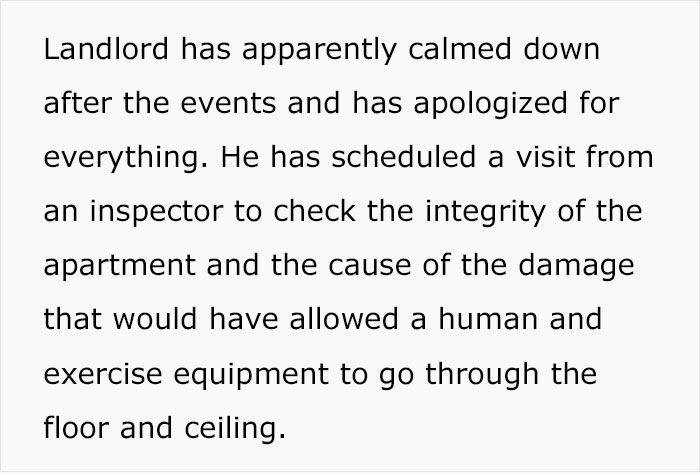 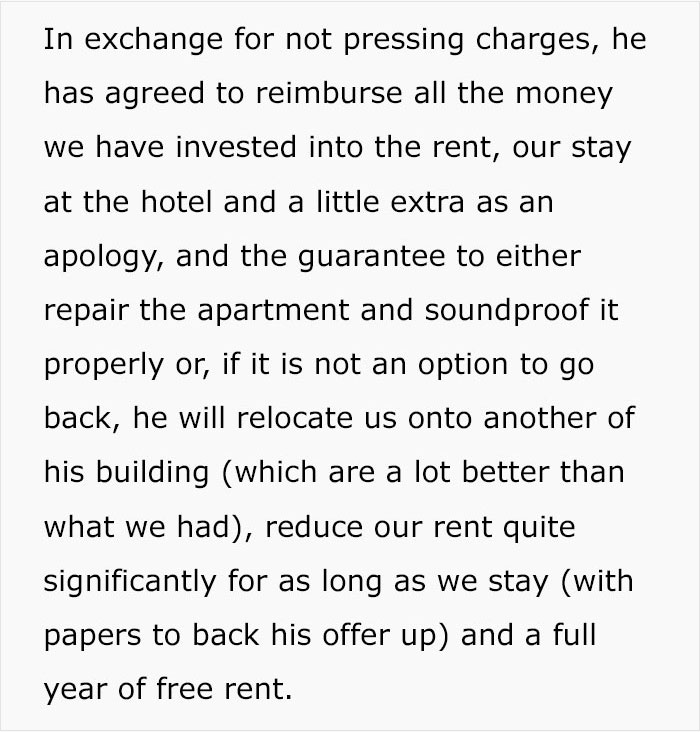 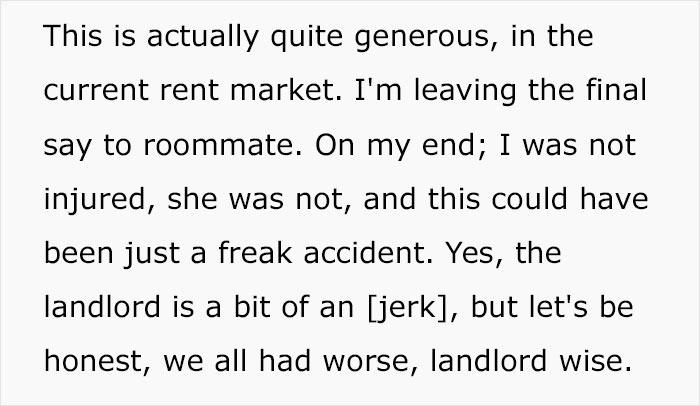 Disturbances from neighbors can certainly impact residents’ moods, but widespread noise pollution is an even more prominent issue, especially for those dwelling in cities. According to Dr. David Rojas at the Barcelona Institute for Global Health in Spain, noise pollution in our daily lives greatly impacts our quality of life. In his speech at the 2018 Green Week conference in Brussels, he shared that noise pollution is a major public health concern. In Barcelona, it has become an even greater risk factor than air pollution. He explained that our brains need to have a break from constant stimulus. “When we have a background noise, the brain has the capacity to adapt,” he said. “You don’t see it as an annoyance so much and you start to accept… But even if you are not conscious of the noise, this is still stimulating your organic system.” We may not realize how this affects us, but the European Environment Agency estimates that in Europe “22 million people suffer chronic high annoyance and 6.5 million people suffer chronic high sleep disturbance” due to environmental noise.

In terms of being a courteous neighbor, TheAngryArcanist told Bored Panda, “I do think it is rather common to have different [levels] of dissatisfaction with neighbors and landlords, but then again, when living in an apartment, one must learn to accept the fact that they are sharing the same location, with just a few pieces of wood separating one from the others.”  He will certainly be more cautious when choosing future housing as well. “If I decide to move into another apartment, I’m definitely visiting my neighbors and [asking] them if we can make a few inspections in regards to sound,” he told us. “If my landlord or neighbor is not comfortable with this one-time inspection… I will not be settling into an apartment where I have people over my head.” A negligent landlord and disruptive neighbors in close proximity are frustrating in their own rights, but being subjected to incessant noise infringes on tenants’ quality of life. There is already plenty of chaos disturbing our lives in the outside world, we should be able to rely on our landlords and communities to ensure we have a safe and comfortable space at home.

Readers have shared their laughter, anger and sympathy towards the crazy story 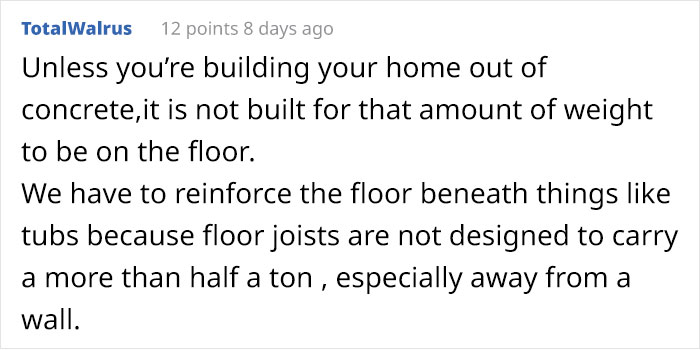 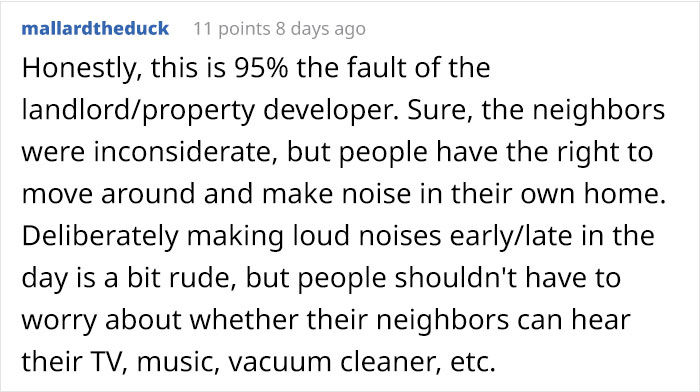 When asked if he and his roommate have decided what they are going to do next, TheAngryArcanist told us, “We have decided to take the deal of our landlord, and might just settle back in our old apartment if everything is done properly and soundproofing is in place. We are still waiting on an independent inspection to come and check the apartment building, but this is our expectations for now. While he has been dismissive in the past of our worries, it has been made clear to him that the events that have transpired were due to his disregard for our concerns which caused our disregards for him, his property and our neighbors. My brother, a lawyer, did a pro-bono or me to make sure that the offer that he made was in writing and notarized and binding for the next few years.”

We also asked if he thinks it is common to have negative experiences with neighbors and landlords when renting. “I do think it is rather common to have different level of dissatisfaction,” he said.  “But then again, when living in an apartment, one must learn to accept the fact that they are sharing the same location, with just a few pieces of wood separating one from the others. Because a lot of people are either entitled or just downright rude, neighborly wars are rather common, something I didn’t want to go through because they can get out of control and cause more harm than good. The neighbor in that story did not care whether or not I was uncomfortable and was unwilling to compromise so we would all be able to have a peaceful cohabitation.”  Yet somehow he remains optimistic, “I have also met a lot of very nice neighbors when living in certain apartments complexes, so I cannot say if this is something common or I just had bad luck this time.”

When asked how this will affect his behavior in the future, he told us, “It might affect how I handle this particular landlord in the future, but I also will be much more careful about where I decide to move. ‘Fully renovated’ does not mean it has been properly done, or that they removed all possible issues with the structure, and there were no soundproofing between the apartments. Also, if I decide to move into another apartment, I’m definitely visiting my neighbors and [asking] them if we can make a few inspections in regards to sound. If my landlord or neighbor is not comfortable with this one-time inspection (while I do understand that it is a bit of an odd inspection), I will not be settling into an apartment where I have people over my head.”

Lastly, he wanted to express his gratitude to the readers. “I would like to thank everyone who has replied to the post. They have been very supportive for most of them, and have provided sound advise and encouragement that definitely was nice to read.”

The post Annoying Neighbor Keeps Dropping Weights On The Floor, Ends Up In The Downstairs Apartment After He Literally Crashes Through first appeared on Bored Panda.