The Anschlussdenkmal, or Anschluss Monument, in the Austrian town of Oberschützen, is a Nazi monument erected to commemorate the bloodless coup of 1938 by which Austria was annexed into Nazi Germany. The monument was designed by Styrian architect Rudolf Hofer and was made to appear like a temple with pillared arcades. A two-meter high gilded imperial eagle stood inside the rectangular structure on a high pedestal on which were engraved the Nazi inscription Ein Volk! Ein Reich! Ein Führer! (One People, One Empire, One Leader) and a large swastika. The sculpture itself was surrounded by fire cauldrons. It is the largest remaining Nazi memorial in Austria. 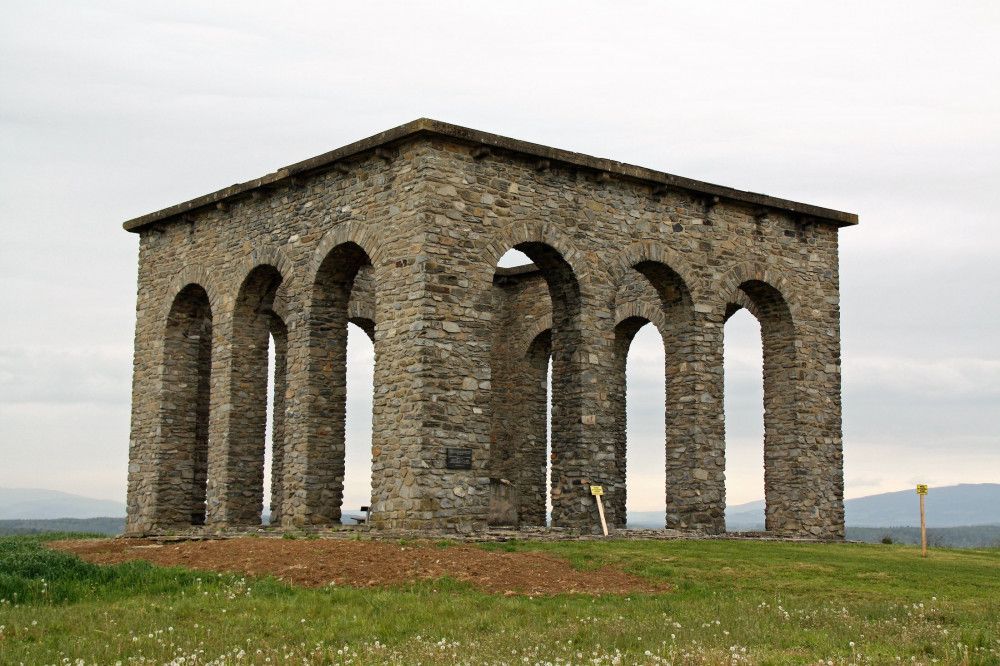