Starting from the late 19th century through the early 20th, human exhibitions were a routine part of circuses, traveling shows, and major expositions in the west, where indigenous people from around the world and their cultures were exhibited as one displayed animals in a zoo. Exhibits for these human zoos were sourced from the tribes of Africa, Southeast Asia, the Middle East, the Pacific Islands, the Americas, and elsewhere. These men, women and children were often displayed living in mock ethnic villages, and presented with objectifying terms such as “primitives” and “pygmies”. 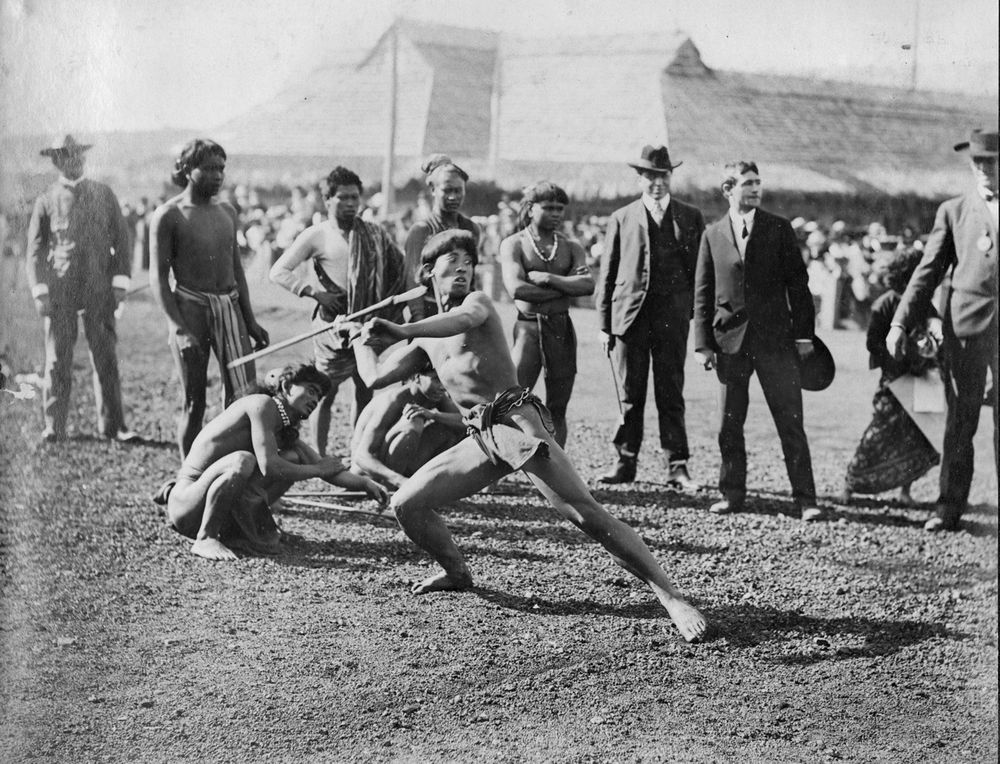