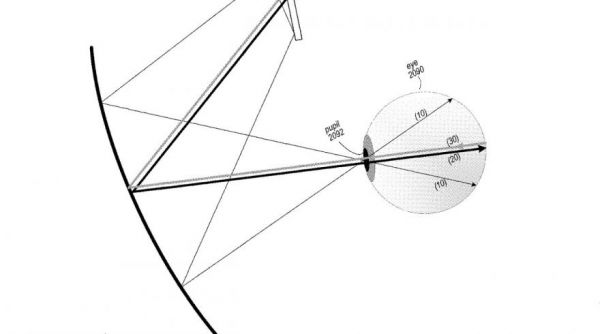 The common joke is that, eventually, advertisers will be able to buy space in your dreams to sell you stuff. We haven’t arrived at that future yet, but we are making progress.

Apple Insider, a website that keeps up on the latest news about that corporation’s products and services, notes that Apple recently received a patent for a product called “Apple Glass.” It isn’t simply a wearable augmented reality projector. It’s a “direct retinal projector.” This machine would use the human eyes themselves to experience the visual overlay.

So although it’s not quite at the level of a holodeck on Star Trek, it is conceptually similar to the synaptic stimulator on the Star Trek:Voyager episode “Equinox.”