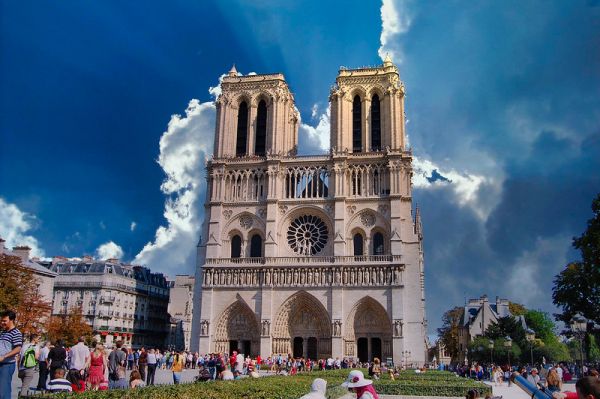 World events have been rather boring for the past two years, so what’s the worst that could happen?

The Guardian reports that archaeologists working in the ruins of the Notre Dame cathedral in Paris during its reconstruction discovered a human-shaped sarcophagus made of lead. At some point during the 1300s, people in Paris decided that it was very important to bury whatever is inside the sarcophagus beneath the floor of the transept of the cathedral.

The transcept is the center of the cross of a crucifix-shaped cathedral. It is thus at the very heart of this consecrated ground.

The archaeologists are, as you might expect, doing this during the Easter season when, as historian Steven Van Impe points out, “people are known to come back from the dead.”

The sarcophogus is made of lead. Why? I cannot find any lore about the properties of lead that would suggest why the people who buried it 700 years ago would use it as a construction material.