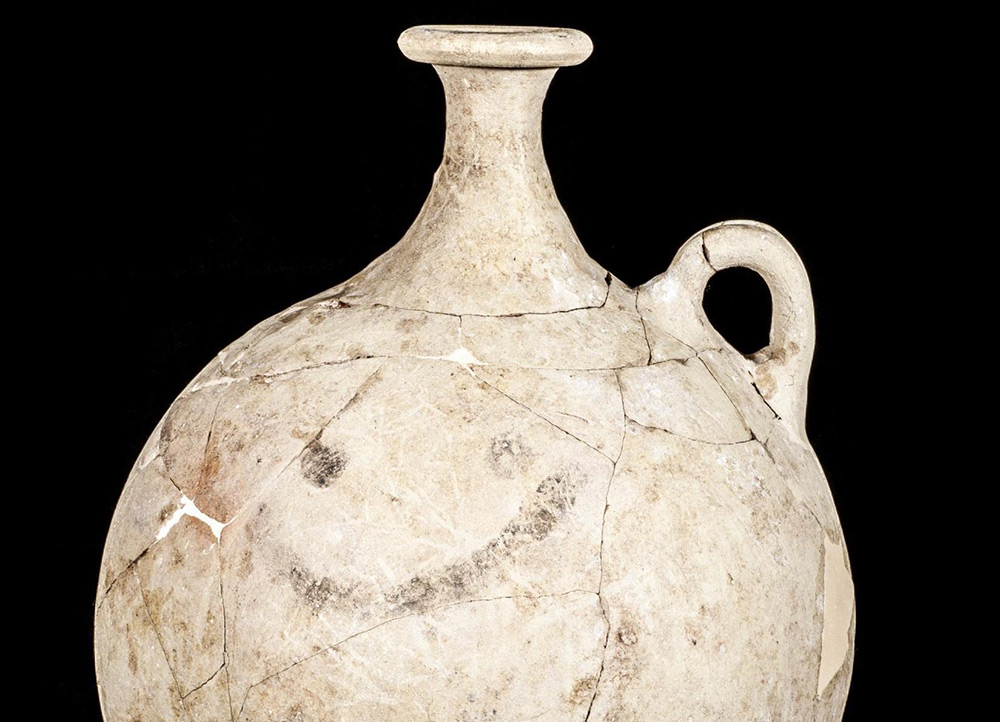 A team of Turkish and Italian archeologists working on a site in southern Turkey discovered an interesting object recently, an ancient smiley face drawn on the side of an off white jug. The faded face is simplistically drawn, two black dots hovering over a crooked arch just below, and is so subtle it was not noticed until it had been transported to a lab for restoration.

“The smiling face is undoubtedly there (there are no other traces of painting on the flask) and has no parallels in ancient ceramic art of the area,” said Dr. Nicolo Marchetti of Bologna University, who led the excavation.

The crew had been at the site of its discovery for the last seven summers, an area that was once the ancient Hittite city Karkemish. The object is unlike anything else they have encountered in the area, however it was not the only important thing unearthed. The team also found 250 clay bullae, or tokens that would have been attached to legal documents, a large basalt relief of two griffons, and the remains of both a fortress and grain silo.

The architectural site will be open to the public next year as the Karkemish Ancient City Archaeological Park. You can visit the ancient smiley close by when it goes on display at the Gaziantep Museum of Archaeology. (via The History Blog)