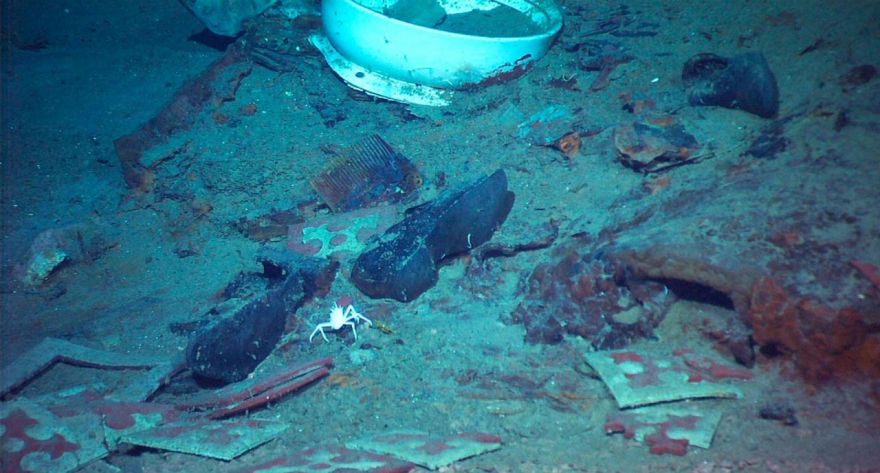 In the 35 years that people spent diving to the wreckage of the Titanic, no human remains have ever been found or recorded. People are still asking the question of whether or not we may still discover the remains of the people who were onboard the iconic ship. The question has been discussed in an ongoing court battle to block RMS Titanic’s plan to retrieve the ship’s radio equipment, as Daily News details:

Lawyers for the U.S. government have raised that question in an ongoing court battle to block the planned expedition. They cite archaeologists who say remains could still be there. And they say the company fails to consider the prospect in its dive plan.

“Fifteen hundred people died in that wreck,” said Paul Johnston, curator of maritime history at the Smithsonian’s National Museum of American History. “You can’t possibly tell me that some human remains aren’t buried deep somewhere where there are no currents.”

The company, RMS Titanic Inc., wants to exhibit the ship’s Marconi wireless telegraph machine. It broadcast the sinking ocean liner’s distress calls and helped save about 700 people in lifeboats.

Retrieving the equipment would require an unmanned submersible to slip through a skylight or cut into a heavily corroded roof on the ship’s deck. A suction dredge would remove loose silt, while manipulator arms could cut electrical cords.

“It’s not like taking a shovel to Gettysburg,” said David Gallo, an oceanographer and company adviser. “And there’s an unwritten rule that, should we see human remains, we turn off the cameras and decide what to do next.”