Pankration was a violet sport. Practiced in ancient Greece, this brutal combination of boxing and wrestling had virtually no rules. The object was to defeat the opponent by any means necessary, and this included hitting, kicking, twisting of limbs, and even strangling. The only thing competitors were not allowed to do was bite or gouge the eye. The contest ended when one of the fighters acknowledged defeat or was rendered unconscious. Many fighters lost their lives playing Pankration. 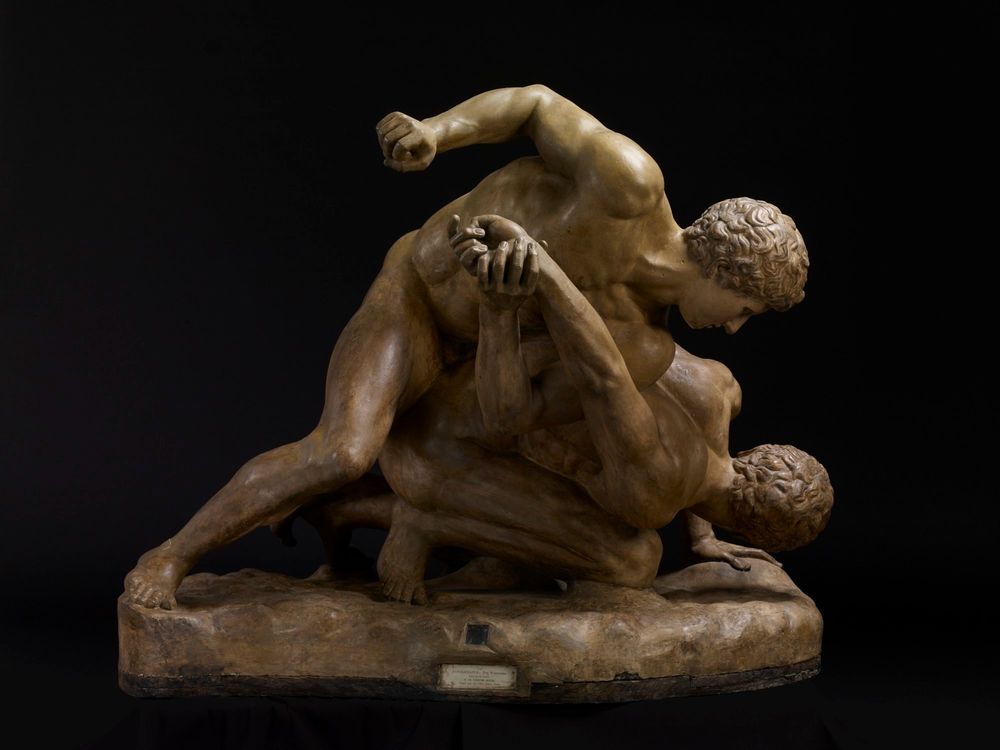 Two men engage in the pankration style of wrestling. A plaster cast of a marble sculpture dated to around 300 BC.