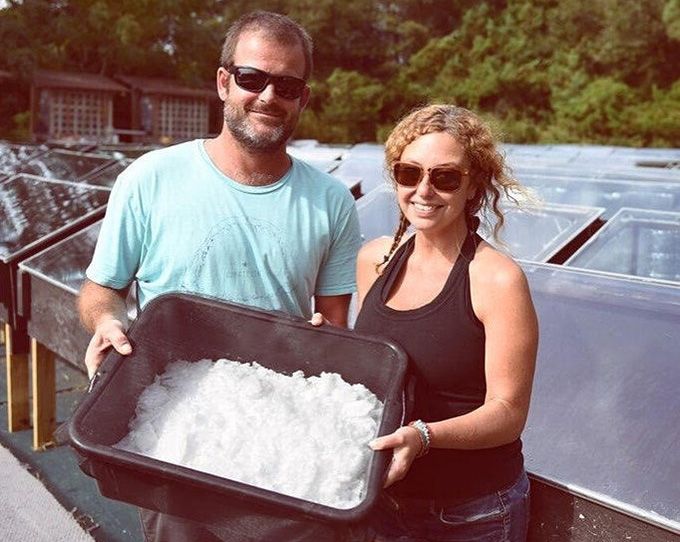 Salt pans are one of the usual means to harvest salt but there are other ways too. Seawater may also be processed so that we can separate the salt from the water and with the help of some solar ovens, Brian and Shaena McMahon have been producing salt through this method.

Before the Industrial Revolution, however, solar salt making was all the rage in the United States. At Syracuse brine springs, where water was originally evaporated using fires, salt-makers first tried solar evaporation in 1822—and then fully switched to this method. The McMahons are following the same ideology at Hatteras Saltworks.