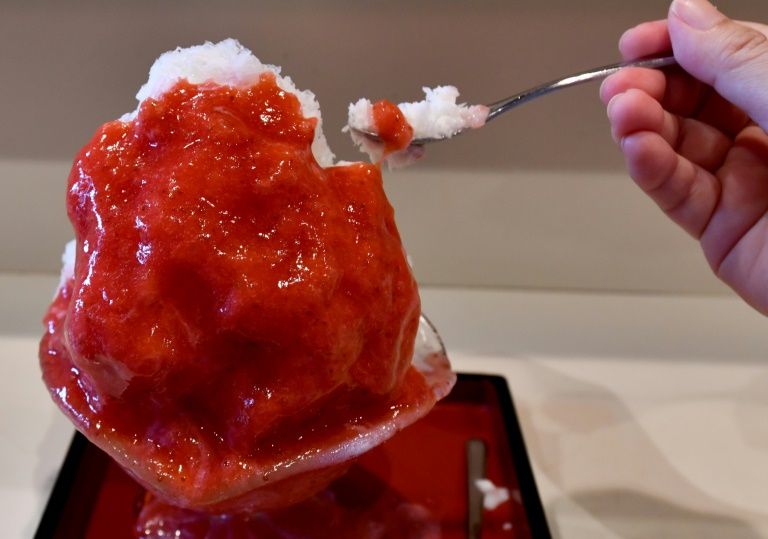 Eating shaved ice or kakigori is one of the popular ways to cool off and refresh oneself in Japan especially during the summer. With machine-made ice, vendors can easily sell these refreshments at any time during the year without worry of running out of supplies.

But this gave Yuichiro Yamamoto an idea, whose business as an ice farmer has been threatened by these artificially processed ice. In order to compete with others in the market, Yamamoto decided to market his kakigori as a high-end artisanal product.

“When I started making natural ice, I wondered how I should market it. I thought I needed to transform kakigori,” Yamamoto tells AFP at his ice-making field in the town of Nikko, north of Tokyo.

“My predecessor used to sell ice at the same price as the fridge-made one, which can be manufactured easily anytime throughout the year,” the 68-year-old says.

The situation made it “impossible” to compete he explains, as producing natural ice is labour intensive.

Instead he decided to transform cheap kakigori into a luxury dessert, made with his natural ice and high-grade fruit puree rather than artificially flavoured syrup.

After transforming his kakigori and marketing it as a high-end dessert, his business boomed and they were able to sell the kakigori for a much higher price than the ordinary kakigori. Even his natural ice was able to sell at six times the price of what his predecessor charged for it.

To learn more about kakigori and how ice farmers in Japan made natural ice, check out the article on AFP.