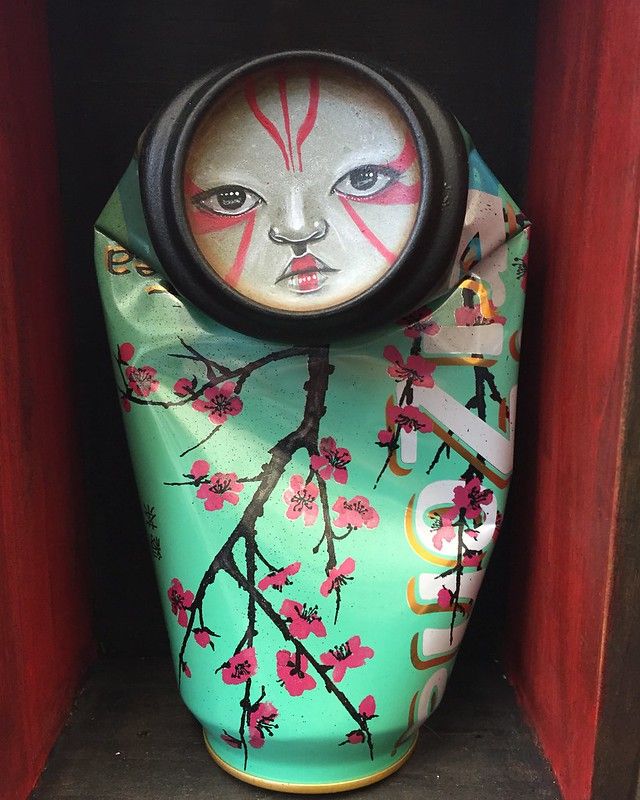 The artist known as My Dog Sighs is fascinated by faces, especially eyes. Some of his eyes are enormous, all-consuming images. Others are smaller, but equally vivid. I especially enjoy his cans, which he paints to add faces to pre-existing bodies. 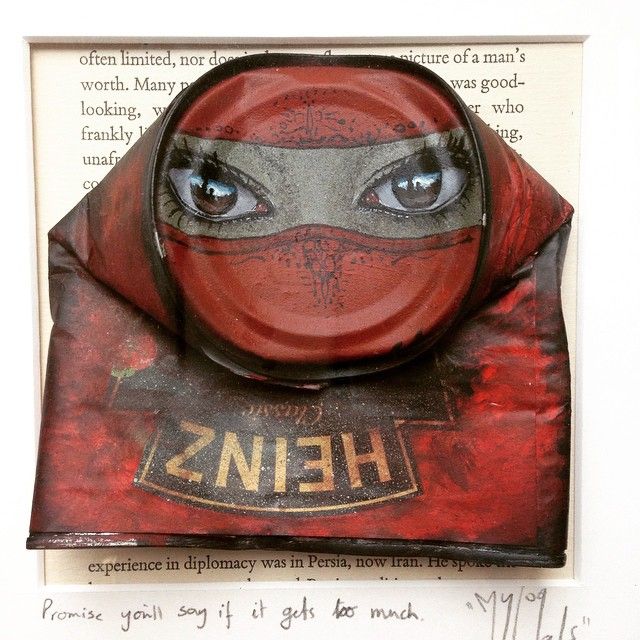 Why cans? In an interview with Widewalls, My Dog Sighs (yes, that’s his name) explains that he was initially motivated by a need for free art supplies. Trash was free. But more importantly, it is discarded as too many actual human beings are:

By finding objects on the streets, like food cans flattened by passing vehicles, I was able to add a new narrative to my work. These objects had served a purpose and fed a family but were now teetering on the end of their useful life. By painting them I was able to give them a second chance. I gave them lost melancholic faces in order that anyone walking past would feel compelled not to ignore them but to cherish and want to give them a new home. It doesn’t take a genius to relate all these element to a greedy throw away society that dispels the unwanted, ignores the lost. If I can show how, with a little love, creativity and effort, how even a rusty old food tin can become so cherished, that people are willing to take it in and give it a new home, then maybe what I thought was a personal street art project from someone not brave enough to paint on walls is actually a heavily socio-political act that causes us to look at homelessness and consumerism in a different way. 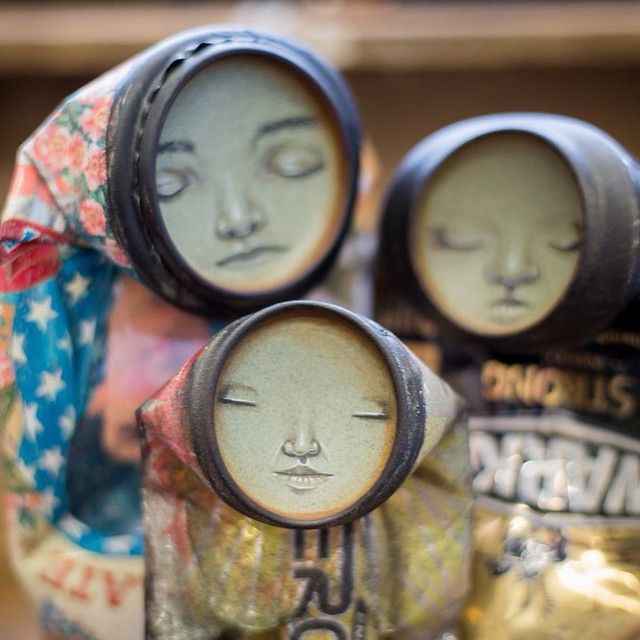 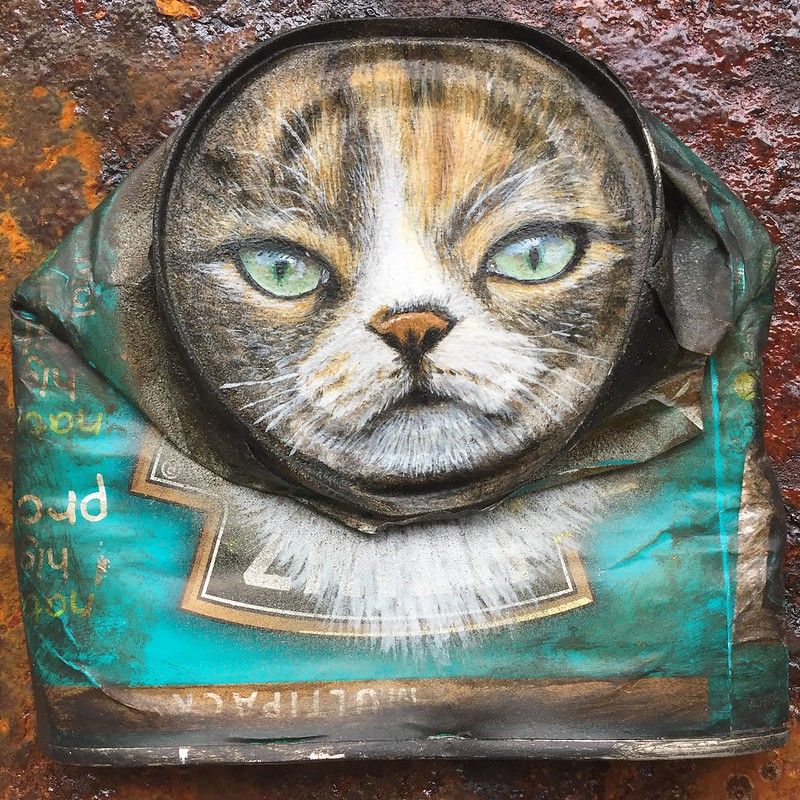 -via My Modern Met