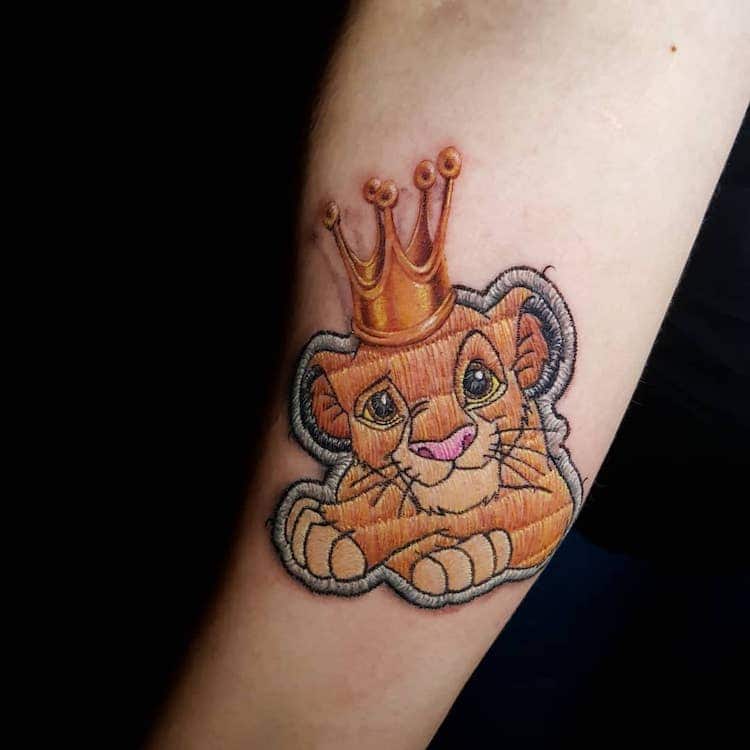 Tattooist Eduardo “Duda” Lozano is the pioneer of the patch tattoo that has taken the world by storm. Just three months ago, the Brazilian creative began to ink designs that look as though they are stitched into the skin. Just like a real embroidered patch, Lozano’s pop culture-inspired work has thread lines that mimic the satin stitch as well as the binding that keeps the edges from fraying. He even includes a few “loose threads” with every tattoo. Lozano couples this with subtle highlights and shading to create the incredible three-dimensional effect.

“My inspiration was always to develop something that stood out from what already existed,” Lozano tells My Modern Met. To do this, he hearkened back to his past. Before he began his tattoo career, he worked with logos and embroidered shirts. Lozano thought that this could intersect with tattooing, so he inked a Garfield patch design as an experiment. “The same day I improved the technique by making the Courage the Cowardly Dog [tattoo].” He hasn’t stopped since.

As embroidery tattoos grow in popularity, Lozano’s work is now a global sensation. He’s been invited to tattoo conventions around the world. Keep up with his patch tattoos and career by following him on Instagram.

Tattooist Eduardo “Duda” Lozano creates patch tattoos that look as though they are really stitched into the skin. 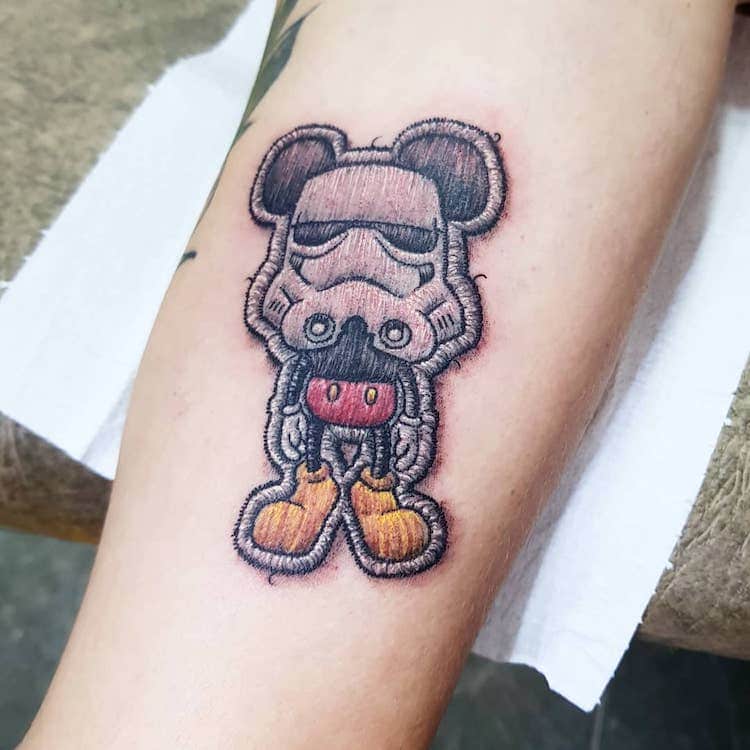 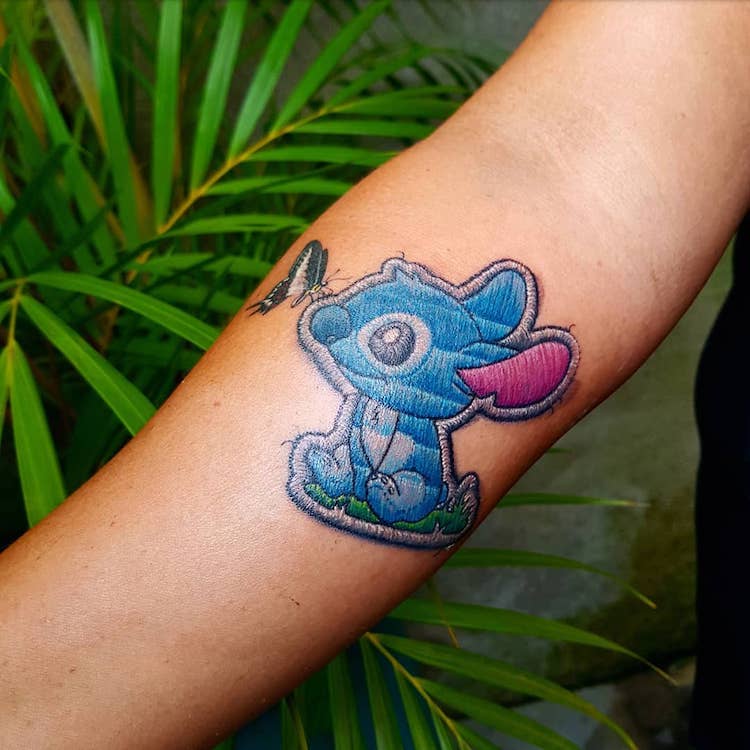 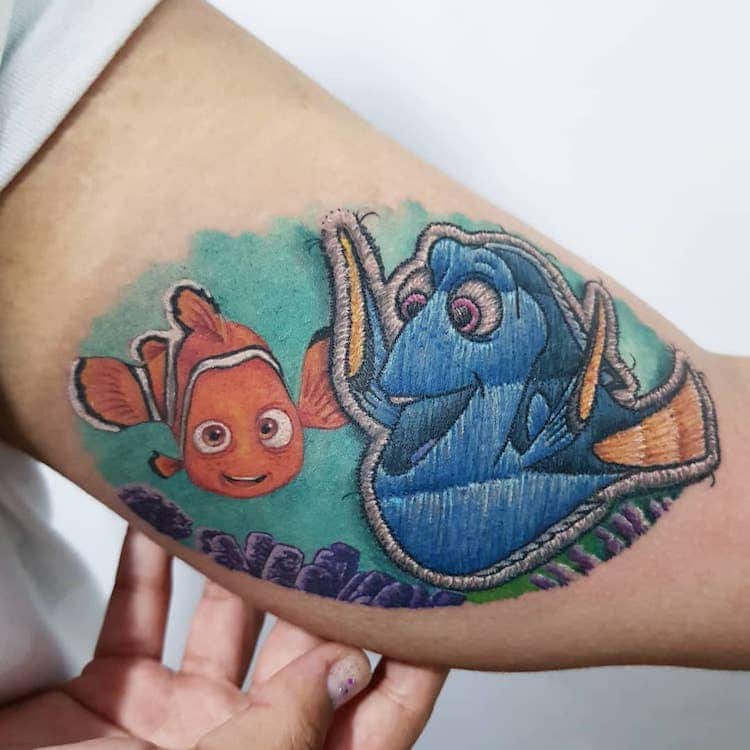 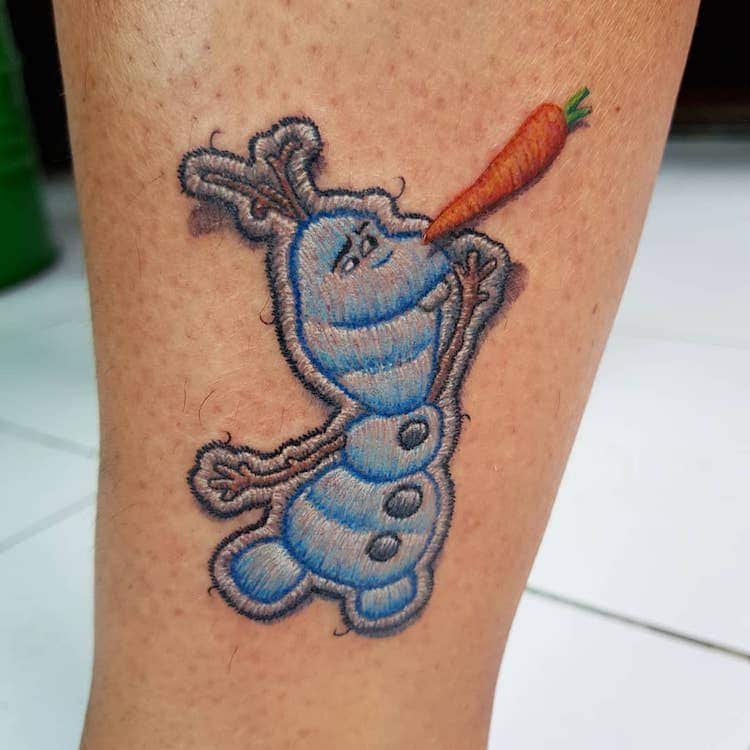 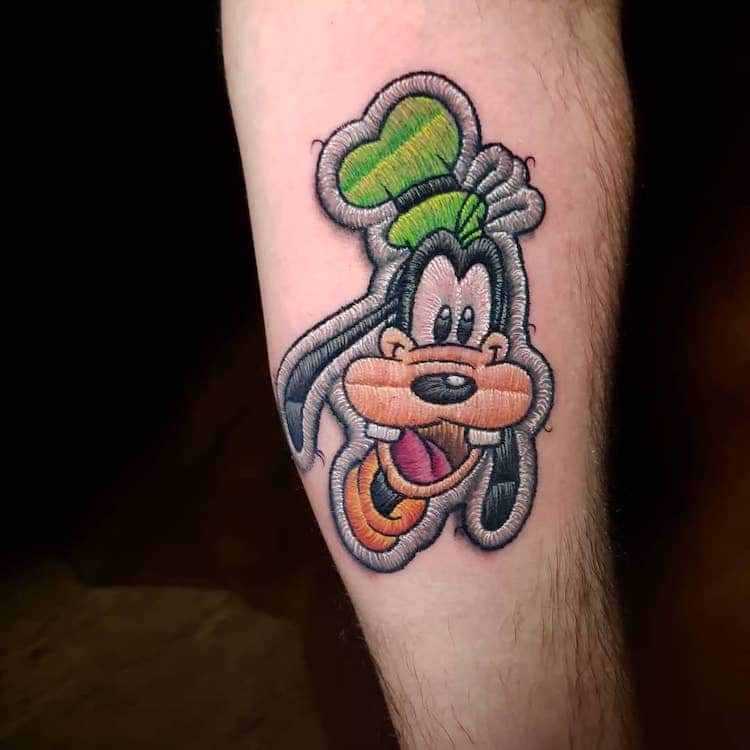 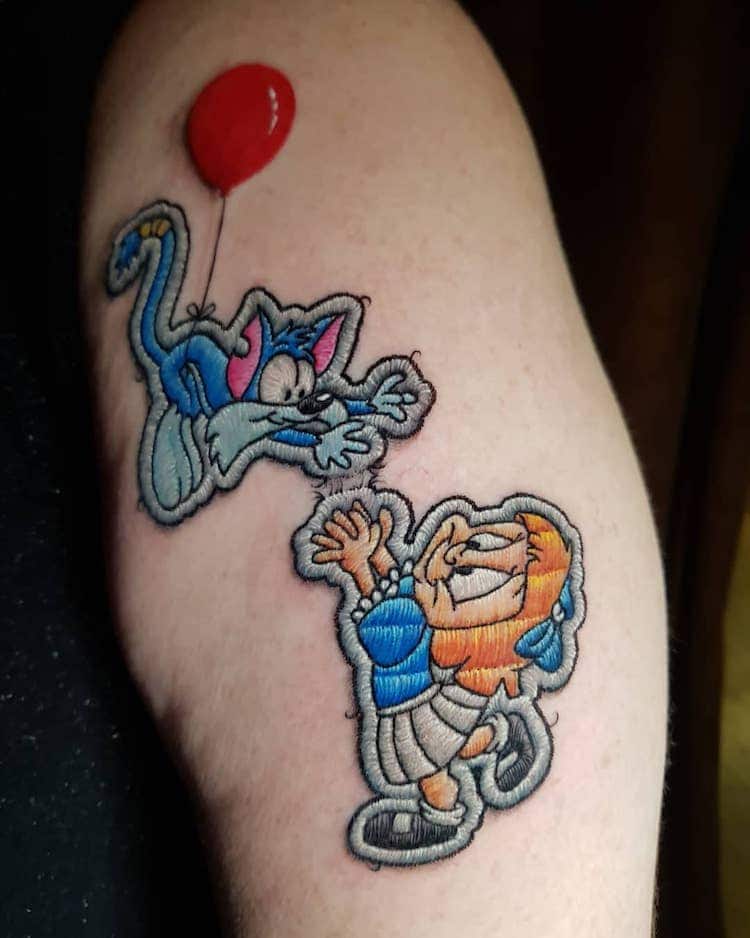 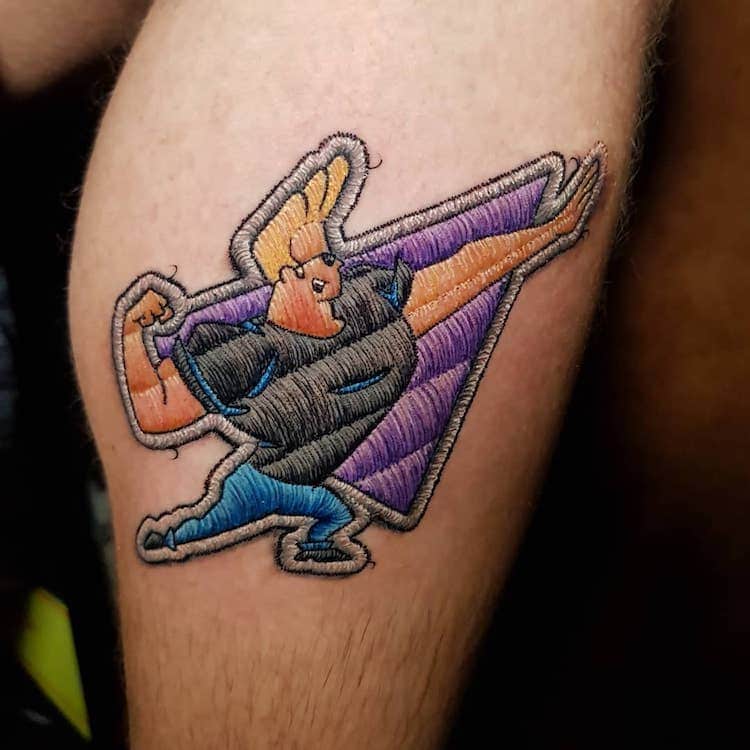 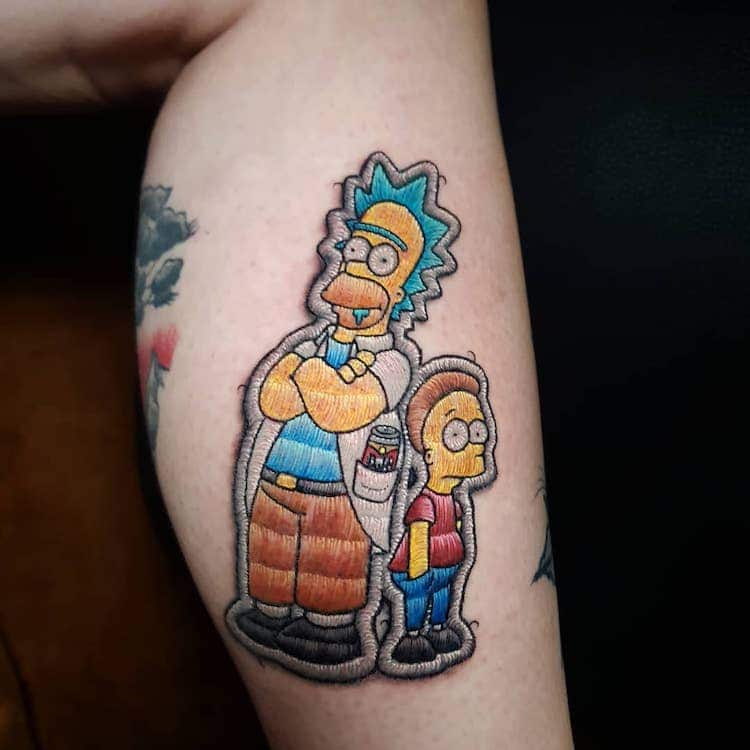 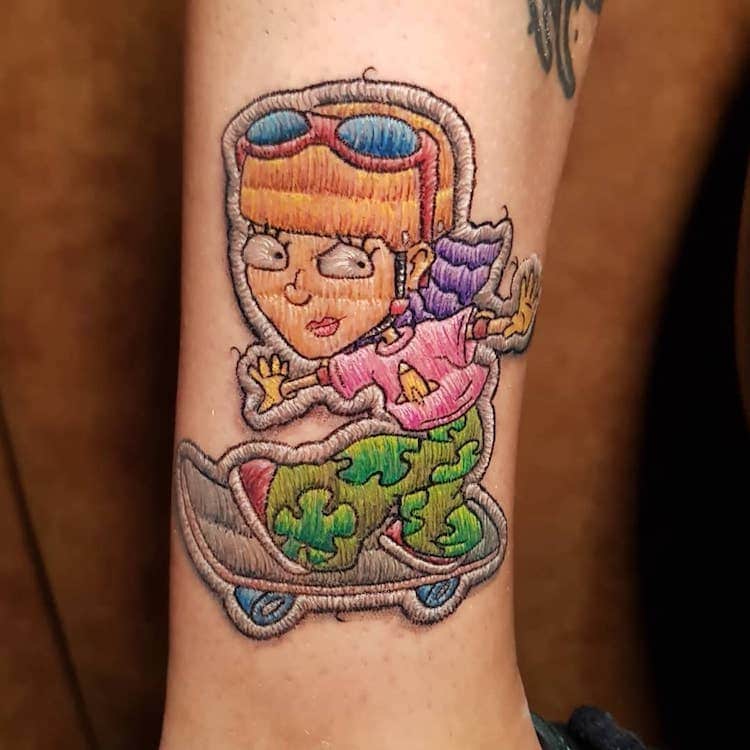 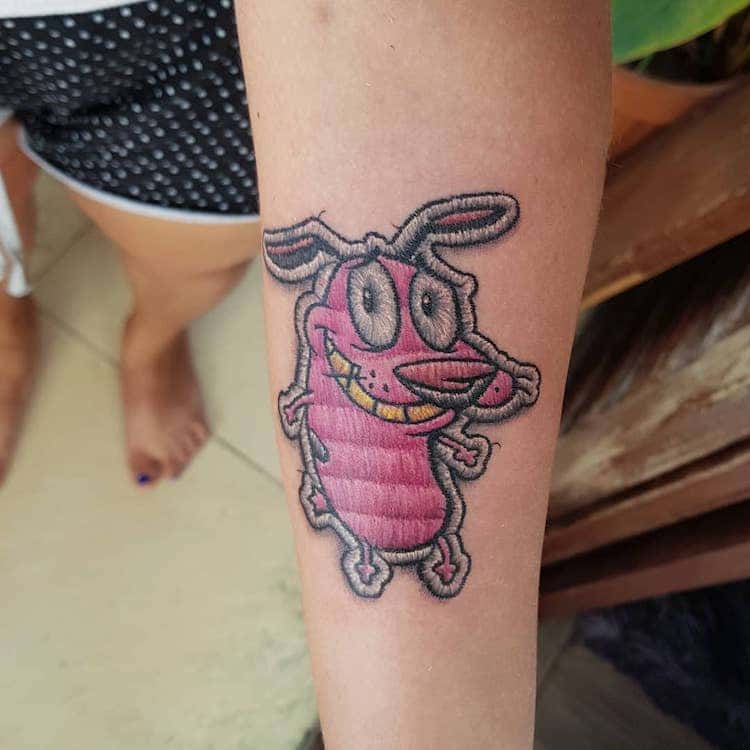 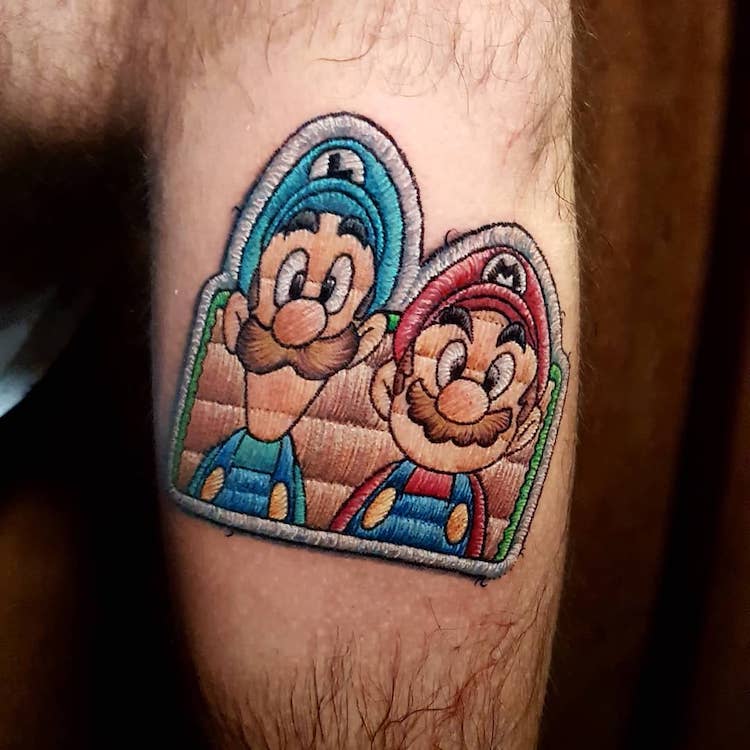 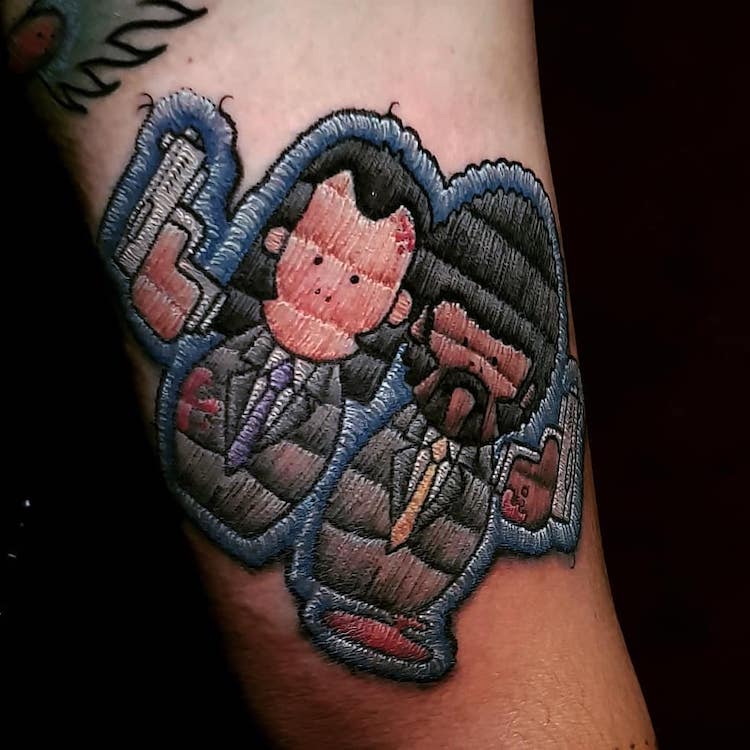 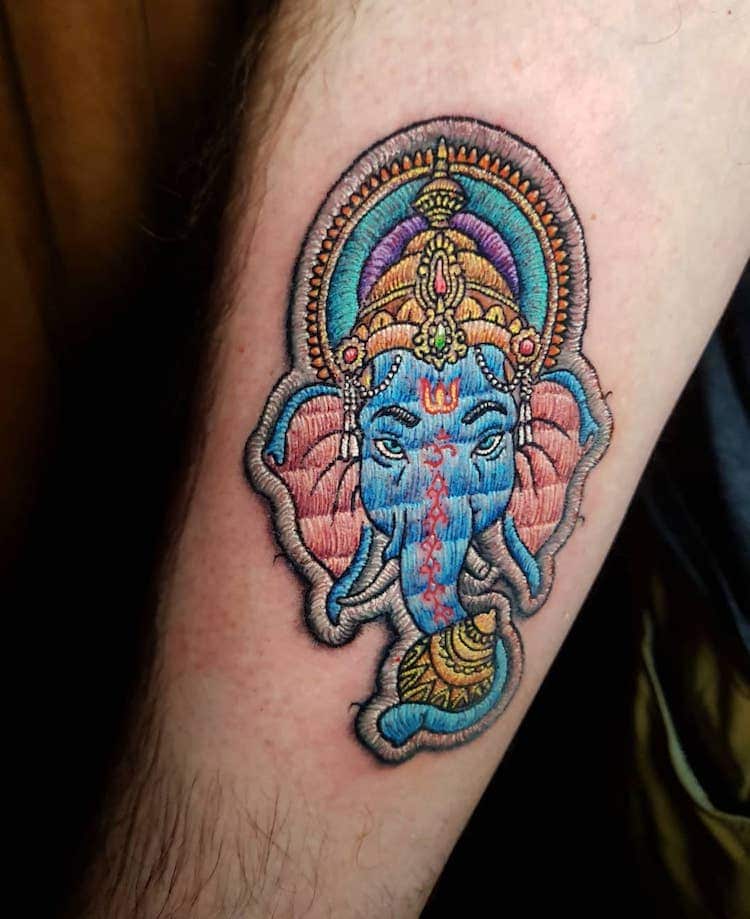 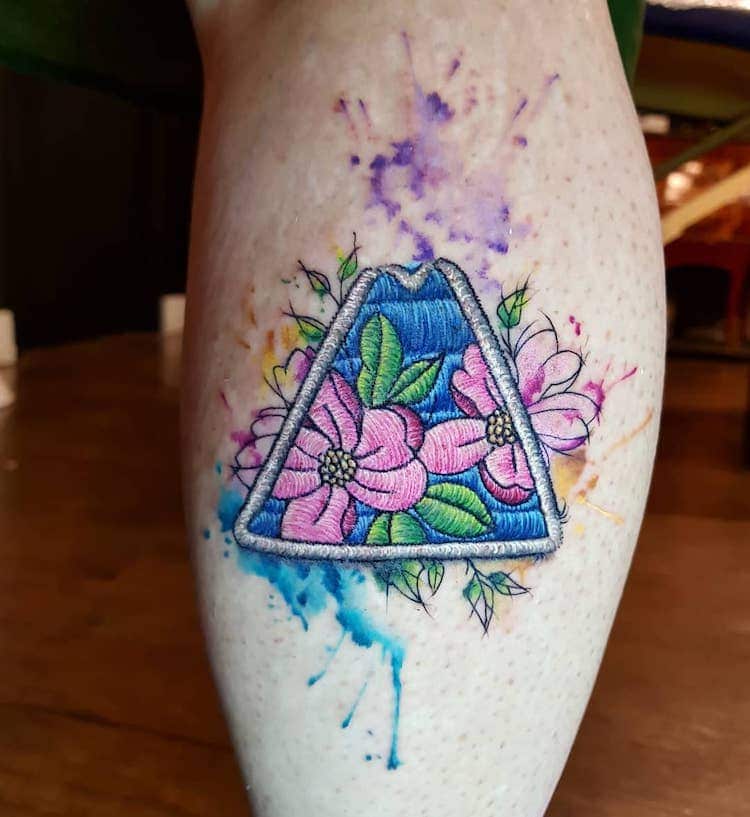 The post Artist Creates Embroidered Patch Tattoos That Look Like They’re Stitched into Skin appeared first on My Modern Met.