Martin Whatson (b.1984) is a Norwegian street artist best known for his calligraphic scribbles in grayscale voids. Over the past decade, Martin has developed an unmistakable aesthetic combining abstract movement with figurative stencilled compositions. His works can be seen to mirror the rise and fall of the streets, as he symbolically recreates the urban environment, then vandalises it to reveal his vibrant transformations. 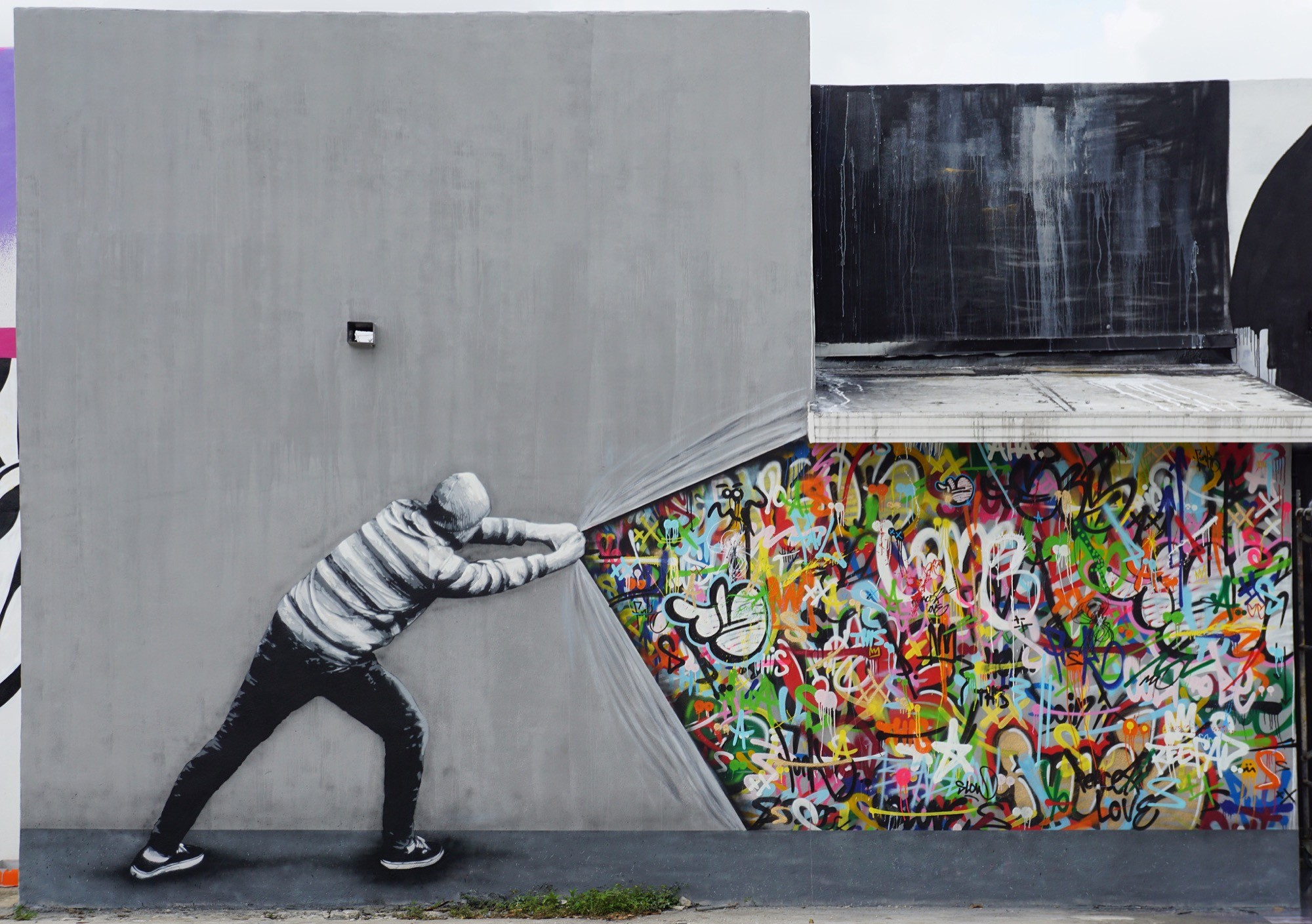 With as many works on walls as on canvas and paper, the relationship between vulnerability and strength remains constant in each work. Delicate and organic characters feature; butterflies, ballerinas and animals all rendered in empty grayscale space. Almost stylised, these minimal figures are constructed of a few layers of hand-cut stencils. He “vandalizes” his own work by adorning the figure with an explosive collage of abstract graffiti. The resulting images are characterized by their multi-layered texture and liberal use of color—such as one series featuring janitor characters “sweeping” away his spray paint designs. In addition to his large-scale outdoor installations, Whatson applies his vibrant motifs to canvas, prints, and sculptures. 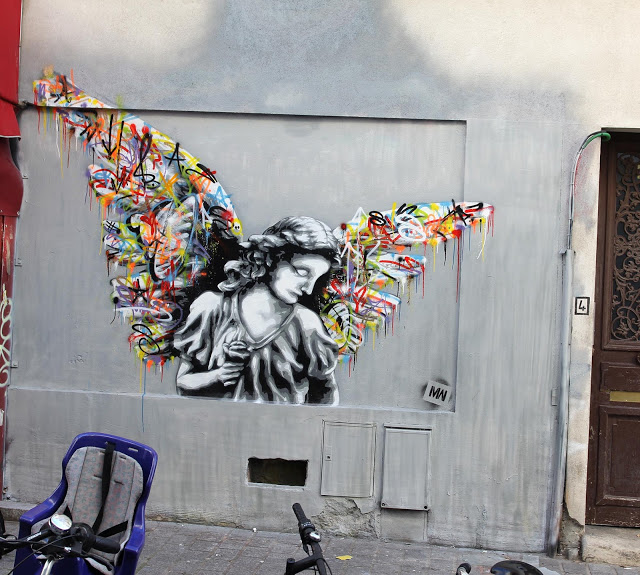 “I work a lot with the colors and contrasts, as you might see strong contrasts has been an ongoing theme in my works for a long time! I think a lot of people will discover, if they really look within themselves, that they can be a little bit grey. With all the visual input you get these days it can be easy to feel like your disappearing in a jungle of noise. But for me creativity helps to discover the opposite.” Whatson once said in an interview.

Striving to be different, Martin finds beauty in what most people find “ugly”, unfashionable or simply out dated, creating something beautiful out of what most people don’t even notice in daily life. This interest has helped develop his style, motives and composition.

Martin’s work features with festivals, projects and walls globally. His original work can be found in private collections and institutions with solo exhibitions featured in cities from Tokyo to LA, London to New York. 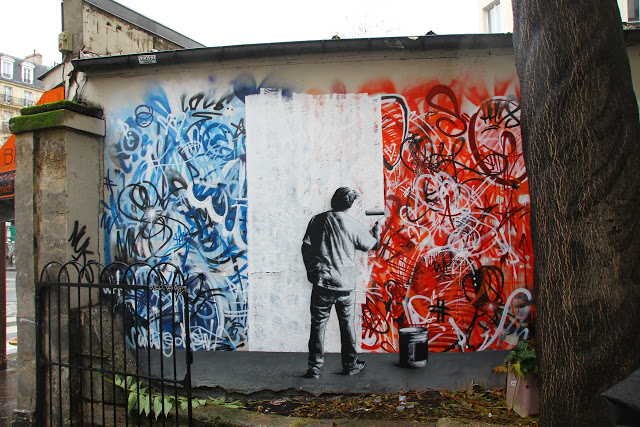 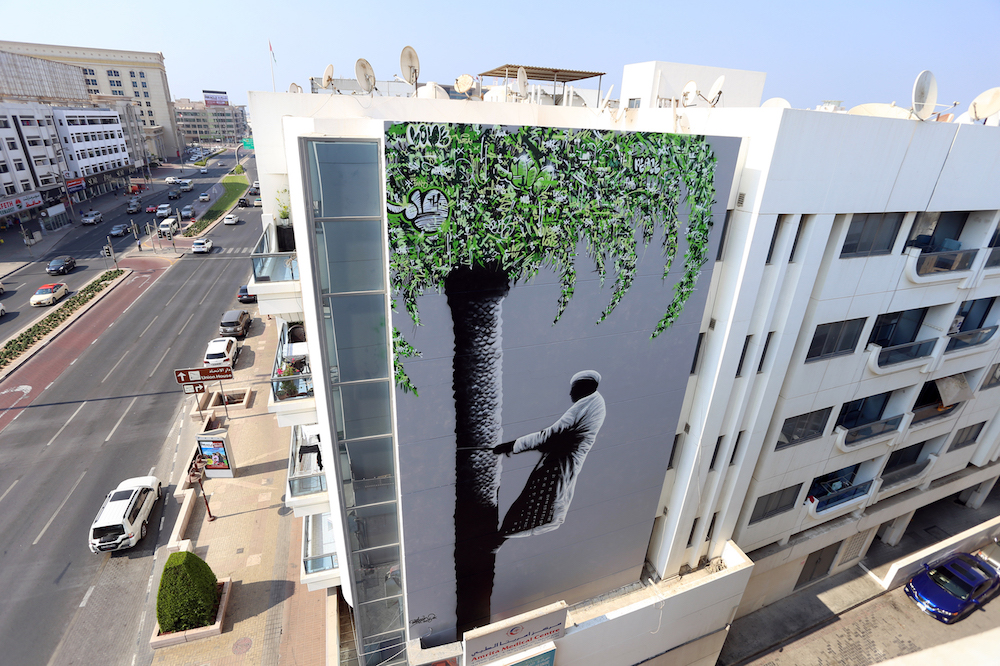 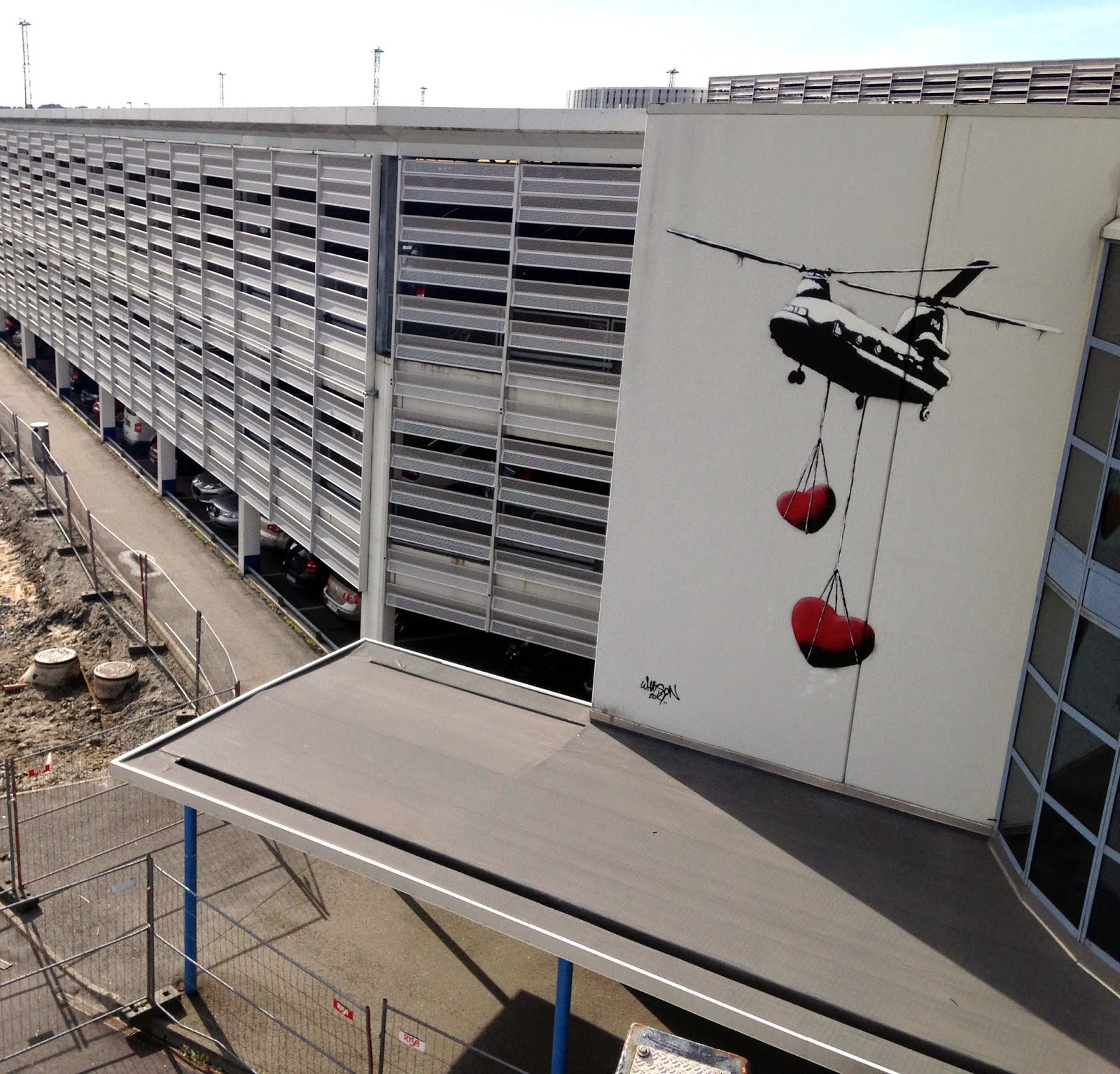 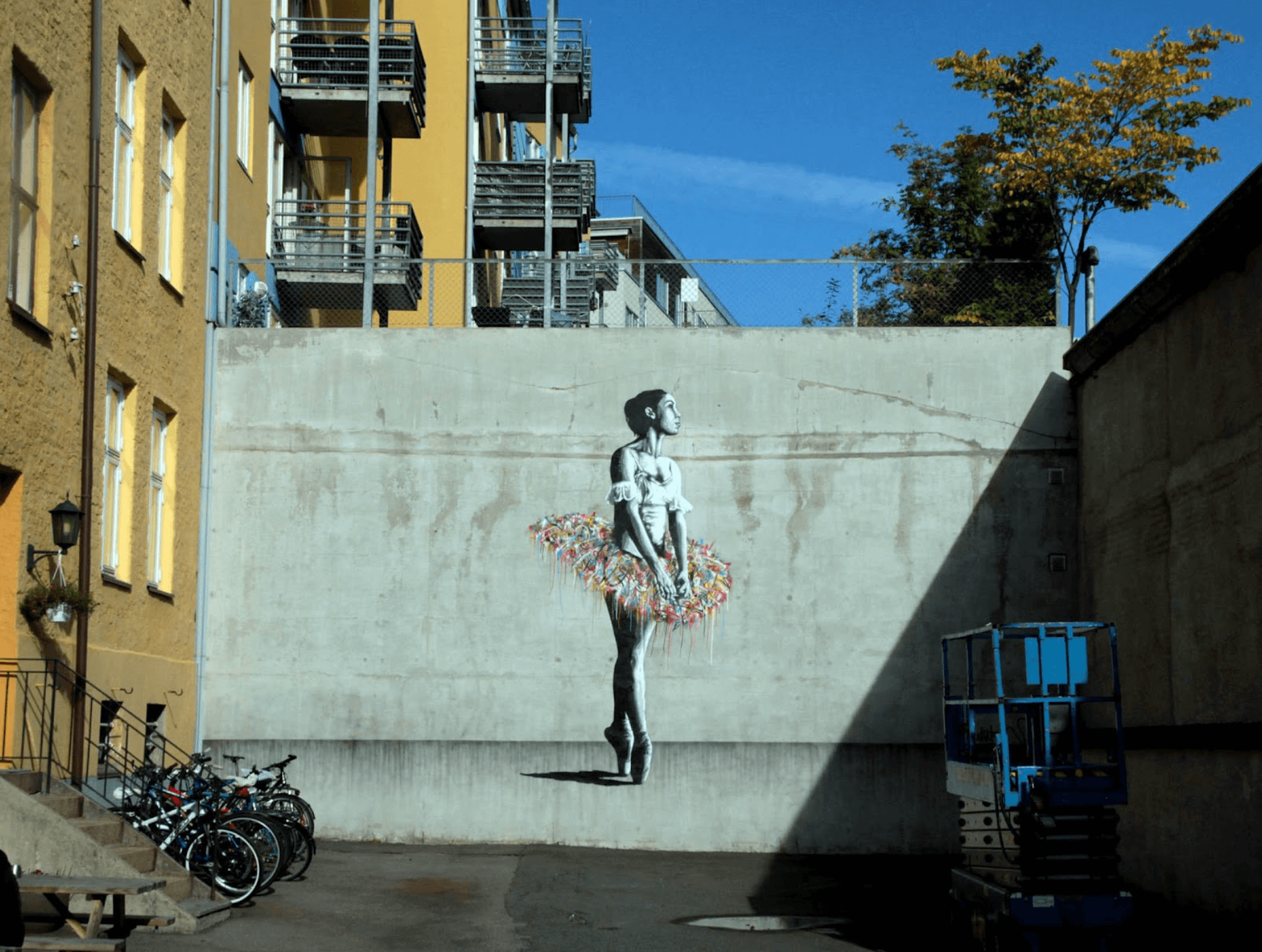 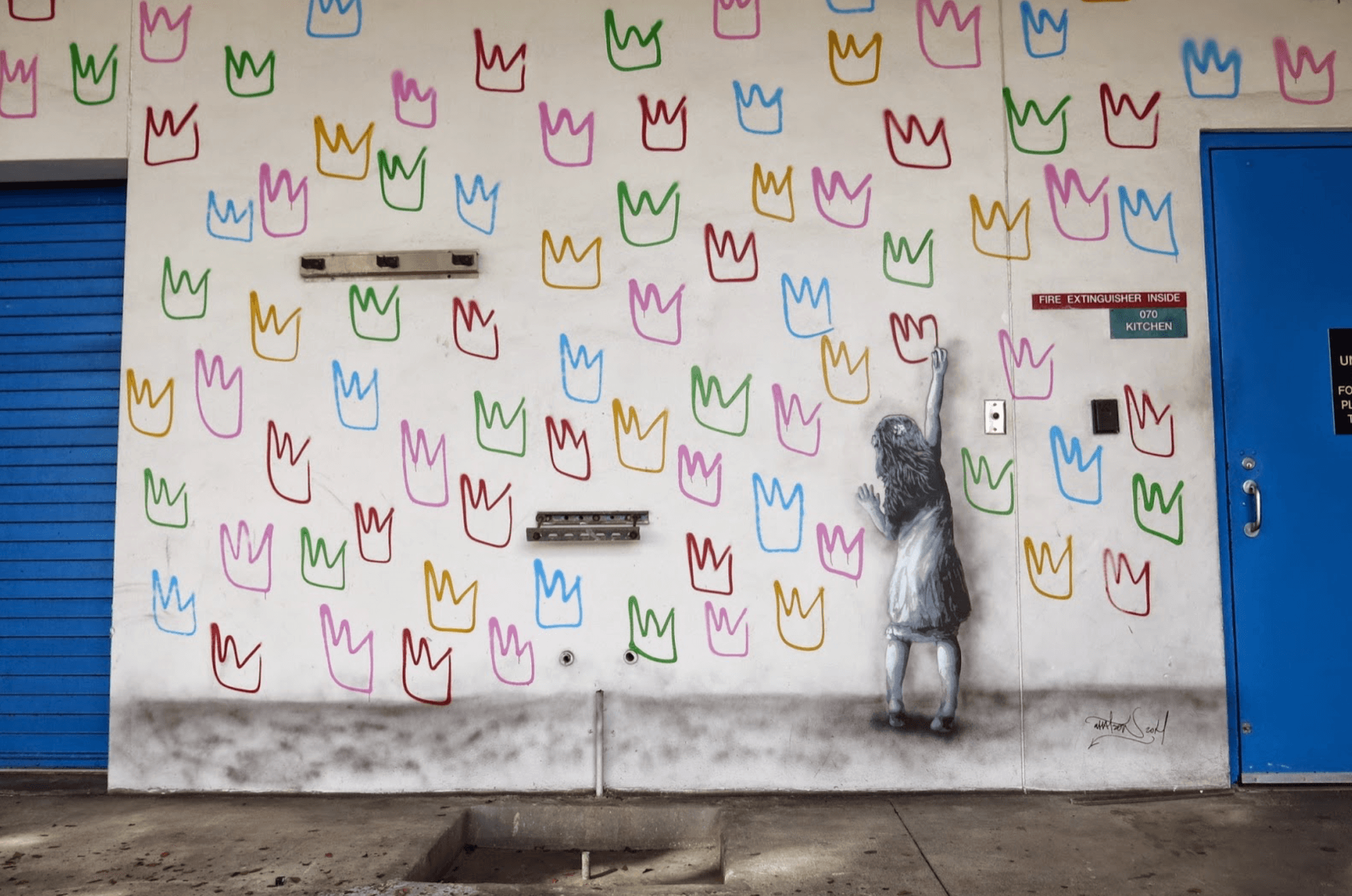 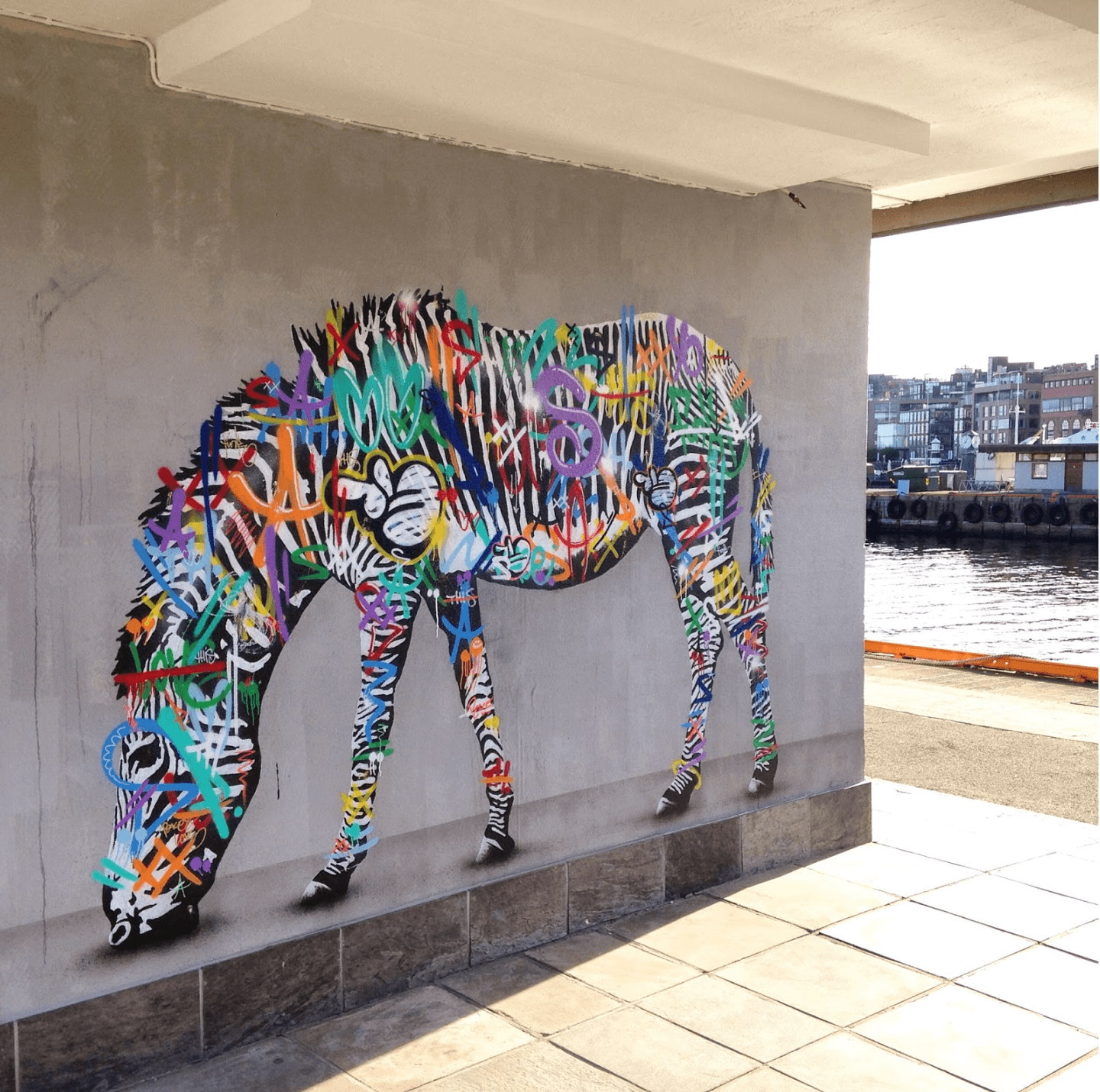 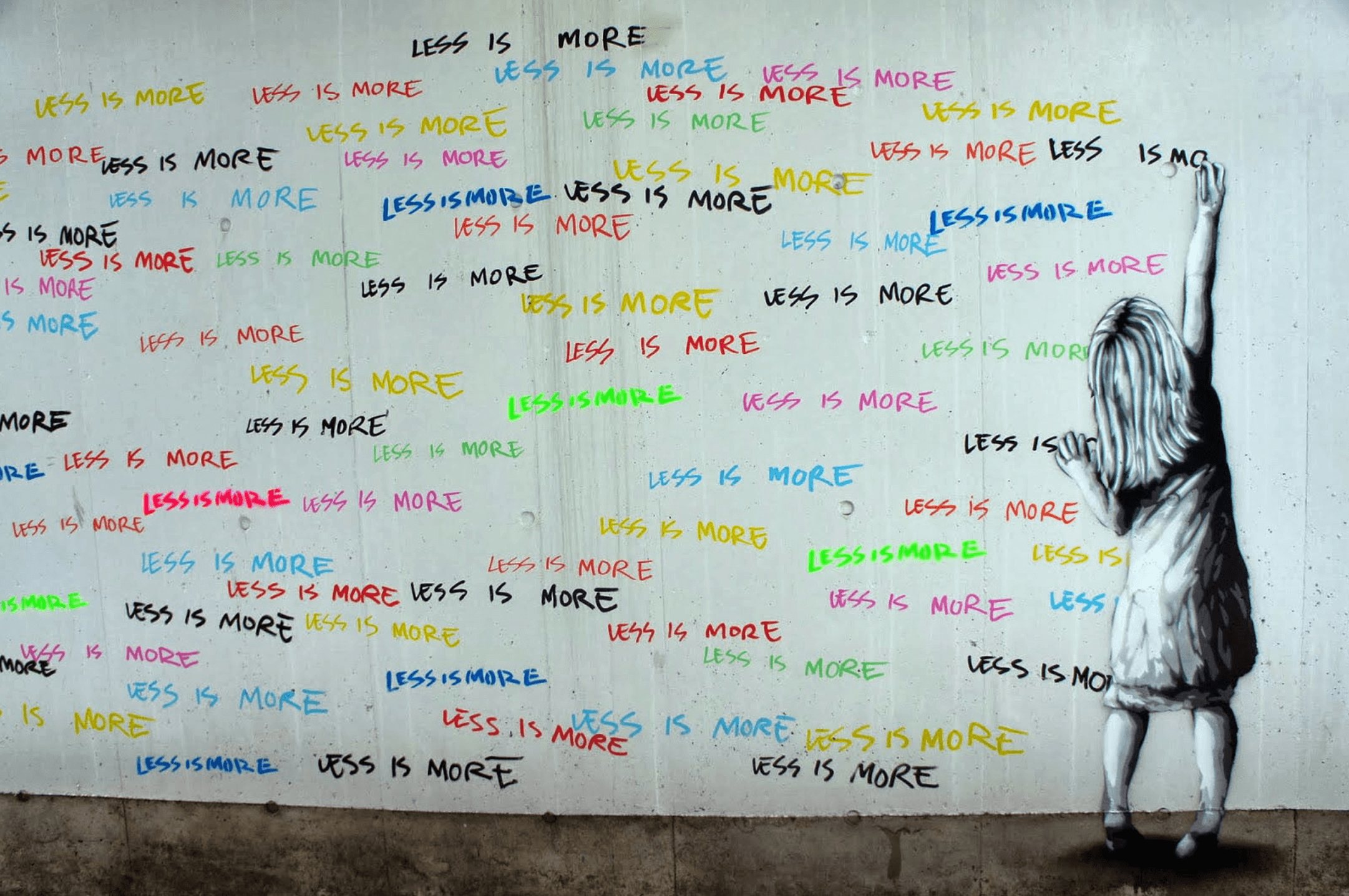 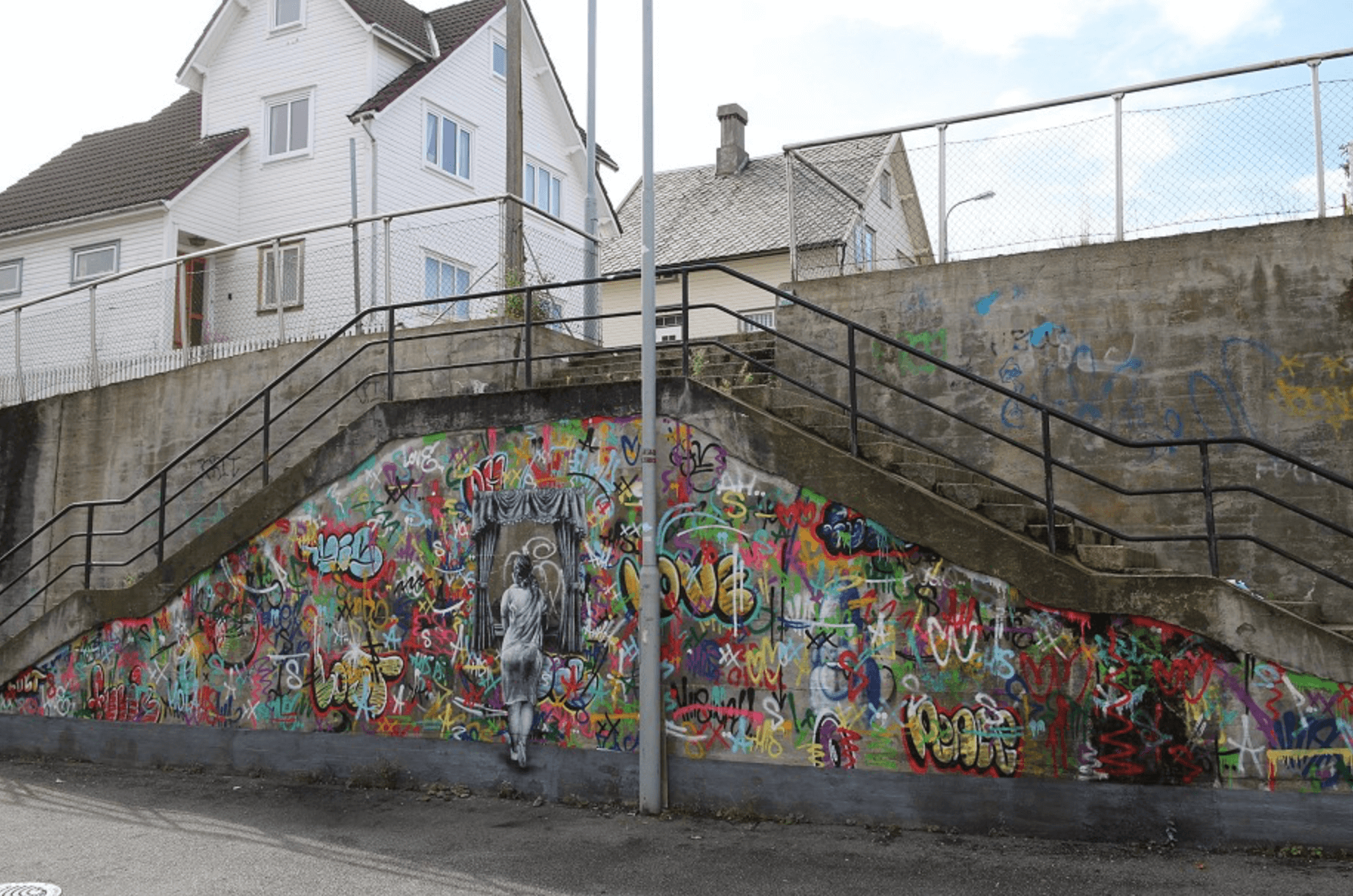