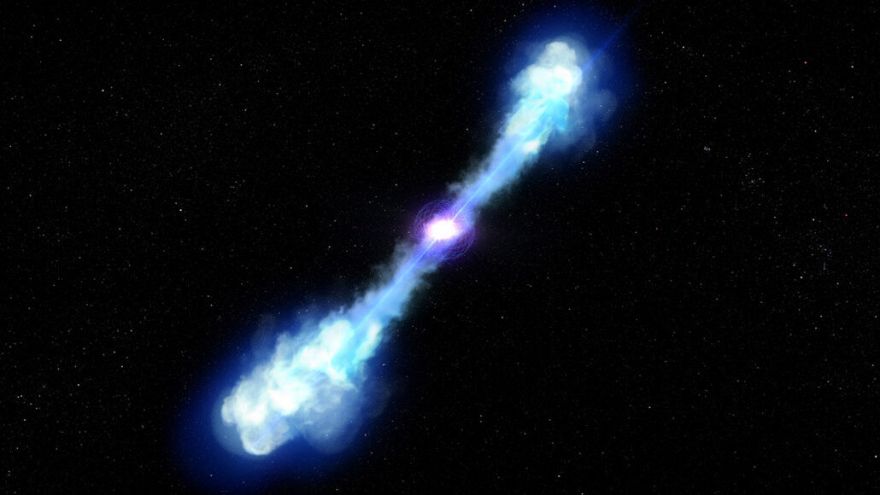 Astronomers might have witnessed, for the first time ever, the birth of a magnetar when two neutron stars collided and merged into one massive object. However, this is only a possibility, and scientists say that other explanations for the phenomenon are possible.

Astrophysicist Wen-fai Fong of Northwestern University in Evanston, Ill., and colleagues first spotted the site of the neutron star crash as a burst of gamma-ray light detected with NASA’s orbiting Neil Gehrels Swift Observatory on May 22. Follow-up observations in X-ray, visible and infrared wavelengths of light showed that the gamma rays were accompanied by a characteristic glow called a kilonova.

Kilonovas are thought to form after two neutron stars, the ultradense cores of dead stars, collide and merge. The merger sprays neutron-rich material “not seen anywhere else in the universe” around the collision site, Fong says. That material quickly produces unstable heavy elements, and those elements soon decay, heating the neutron cloud and making it glow in optical and infrared light…

Observing how the object’s light behaves over the next four months to six years, Fong and her colleagues have calculated, will prove whether or not a magnetar was born.

More about this story over at ScienceNews.