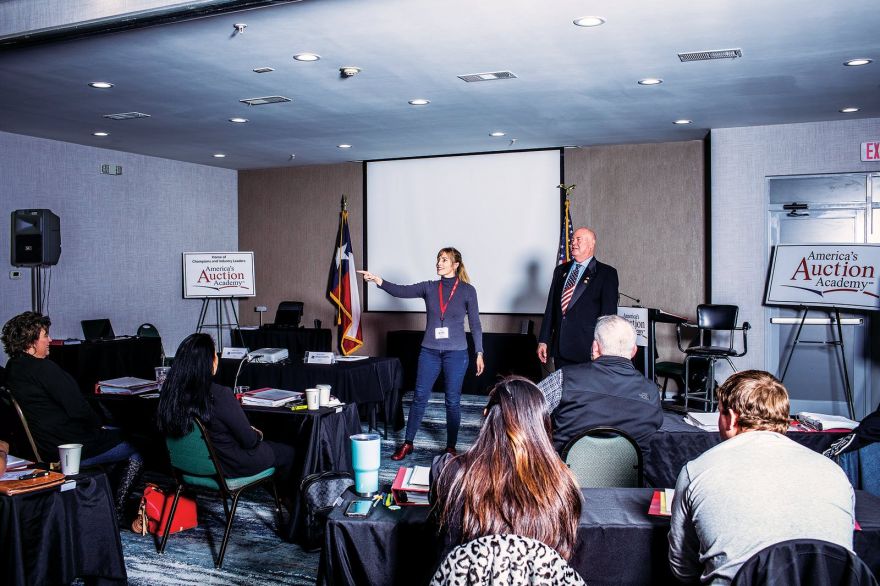 Do you have what it takes to excite buyers without scaring them off while communicating clearly and following complex regulations? Then you might have the chops to make it as an auctioneer.

Mike “McGravel” Jones of America’s Auctioneer Academy in Dallas, Texas teaches week-long class in the vocal techniques — known as “the chant” — and the procedures of a successful auctioneer. Katy Vine of Texas Monthly attended the course. She writes:

Live bid-calling is like a series of contracts, and when an auctioneer says “Sold,” accepting the bid, the highest bidder is on the hook. Therefore, each part of the chant is crucial. “A chant is made of three components: a statement, a question, and a suggestion,” Jones began. The jumbles of syllables between the numbers are called filler words. The class scribbled. The basic chant Jones proposed—the one we would employ for the remainder of the class and that would provide a soundtrack for all our dreams and nightmares—was “One dollar bid, now two, now two, will you give me two?”