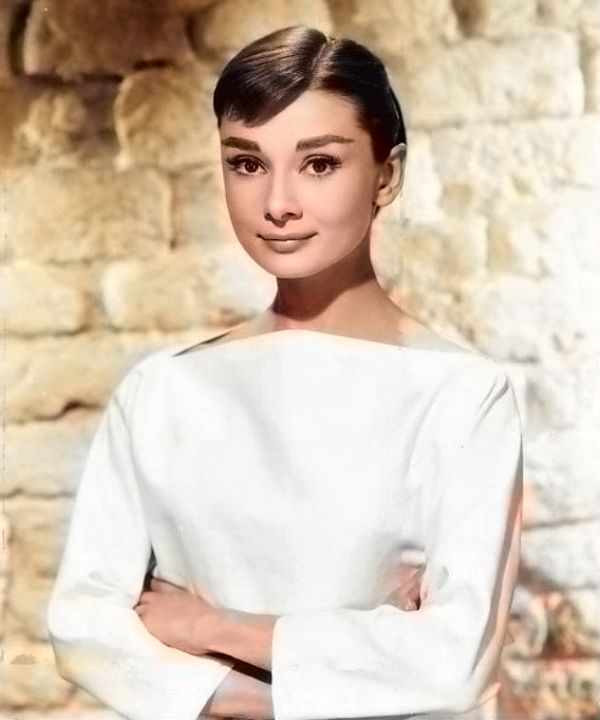 Movie star, fashion icon, and dancer Audrey Hepburn was a young teenager during World War II, when her family lived under Nazi occupation in the Netherlands. We know that deprivation during the war helped led to Hepburn’s lifelong thin frame, but she told the press almost nothing about what she did for the war effort.

In stories of doomed World War II gallantry, little is as romanticized as Operation Market Garden. A technical failure by the Allied Powers to defeat the Nazis in 1944, this invasion of the Netherlands left British paratroopers stranded around a bridge in Arnhem, far too removed from their tanks to hold the line. Nevertheless, the bravery of those Airborne “Red Devils” has lived on in pop culture, as have the Dutch resistance fighters who sheltered them. What has been largely forgotten is that among those courageous souls was… a teenaged Audrey Hepburn? For about a week, in fact, the future movie star kept a Red Devil hidden in the cellar.

Yes, before she became a Hollywood actress, Audrey Hepburn worked with the Dutch resistance. She was an assistant to a local doctor who ran resistance operations, and was able to hide her activities from the Germans because she was so young. But she never talked about those things, according to Robert Matzen, author of the book Dutch Girl: Audrey Hepburn and World War II.

Says Matzen, “Her mother and father were pro-German, pro-Nazi supporters up to and through the invasion of the Netherlands. Audrey could never reconcile herself to what her parents represented. It was her darkest secret, really, one that could contaminate the press about her. It could contaminate her career and kill it.”

That knowledge—as well as a lifelong modesty bred into her about never boasting or complaining—caused her to omit those sordid details, as well as stories of her dancing later in private gatherings to raise funds to hide and feed Jewish neighbors as the Holocaust marched on. Both aspects of her youth, her parents’ mistakes and her family’s later resistance, have thus become greatly diminished.

Read about the horrific event that led Hepburn’s family to see things differently, and get an overview of what young Audrey did during the war at Den of Geek.