A defining feature of the Australian coastline, particularly in New South Wales, are the rock pools—outdoor swimming pools carved out of the rocks at the ocean’s edges. The waves regular crash into the pool filling and replenishing it with seawater.

Rock pools or ocean pools began to appear in the 1800s, when the prudish Victorian-era people banned daytime swimming at the beach, causing wealthy individuals to build pools on the rocky surf coast. Others were build through community subscriptions or were government funded. Gradually they became a characteristic feature of New South Wales. Today, there are over one hundred rock pools in New South Pools, some of which are Olympic-sized with many lanes. 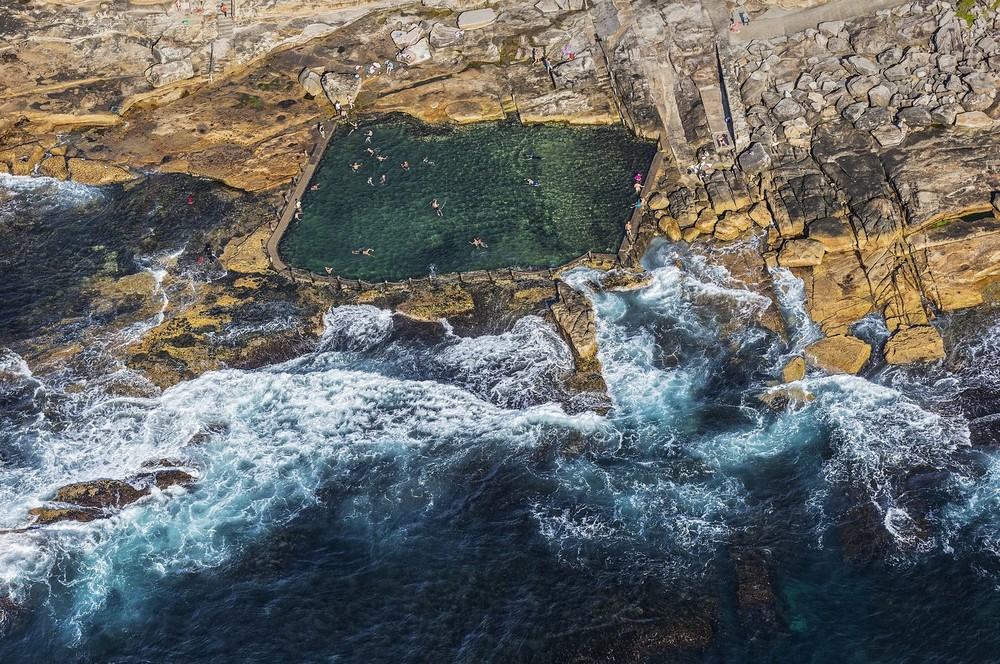 Set among the jagged rocks of Maroubra Beach at the base of Jack Vanny Reserve, the Mahon rock pool is one of the most beautiful and favorite among ocean swimmers.