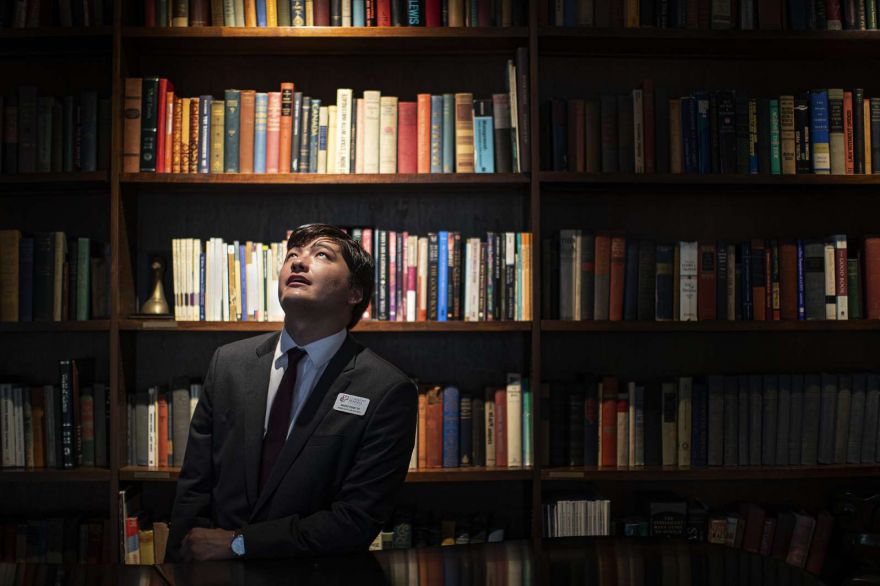 Actually, he could speak as a child, although he couldn’t speak on his own. Bruno Youn, when he was 3 years old, could only mimic what he heard and recite poetry, but he is not able to come up with his own words and communicate his thoughts. Upon recognizing this, her mother brought him in for testing and found out the bitter truth: Bruno had autism.

“I could not cope with the idea,” said Josette Thompson, a Seal Beach physician. “I couldn’t have a child with autism. Never talk. Never have a job. Never get married. You lose all those dreams for your child at once. I couldn’t go there.”

But if Josette back then had a peek into the future, she might not have worried about his son.

On Saturday, Youn, now 22 years old, will walk across the stage to receive his diploma at Claremont McKenna College. But before he does, he will stand before an audience of hundreds and do what his senior class elected him to do: deliver the student commencement remarks.

In four years at the small, highly selective liberal arts college in the Pomona Valley, Youn has grown from a freshman who avoided people, spending most of his time holed up in his dorm playing video games, into a campus leader.

He majored in philosophy, politics and economics, and will graduate with Phi Beta Kappa honors and a 3.8 GPA. He worked on policy research at Claremont McKenna’s Rose Institute of State and Local Government. He was selected for a prestigious post as one of two student fellows to host and moderate panel discussions with high-profile figures for the college’s Athenaeum speakers program.

He has worked with political campaigns. He has had a girlfriend and made lots of friends.

“I have left behind me a trail of broken stereotypes,” Youn plans to say in his commencement speech.